The Institute for European Policies and Reforms (IPRE) within the project “Group of Justice Experts – GEJ”, implemented with the financial support of the Soros Foundation Moldova, organized on Friday, April 15, 2022, a Public Event “Presentation of the monitoring report of the White Book of Justice”. At the opening session of the event, Veronica Mihailov-Moraru, State Secretary, Ministry of Justice of the Republic of Moldova, said: “Even if in these 6-8 months we have not been able to achieve everything we have planned, because we had crises one after another, I believe that we have managed to achieve a good part of the most important objectives. I refer to the adoption of constitutional amendments related to the consolidation of the independence of the judicial sector, to the draft law adjusting the legal framework on infra-constitutional amendments, which was adopted in the first reading, but is to be amended and improved for adoption in the second reading. We also developed the concept that refers to vetting, and in the process, we understood the need to carry out a very unusual exercise – pre-vetting, which has already begun. We have unblocked several situations related to ensuring the functioning of the bodies for the administration of the legal professions. We are firm in our commitments, and I am sure that, despite all the crises, we will achieve all the objectives set.” 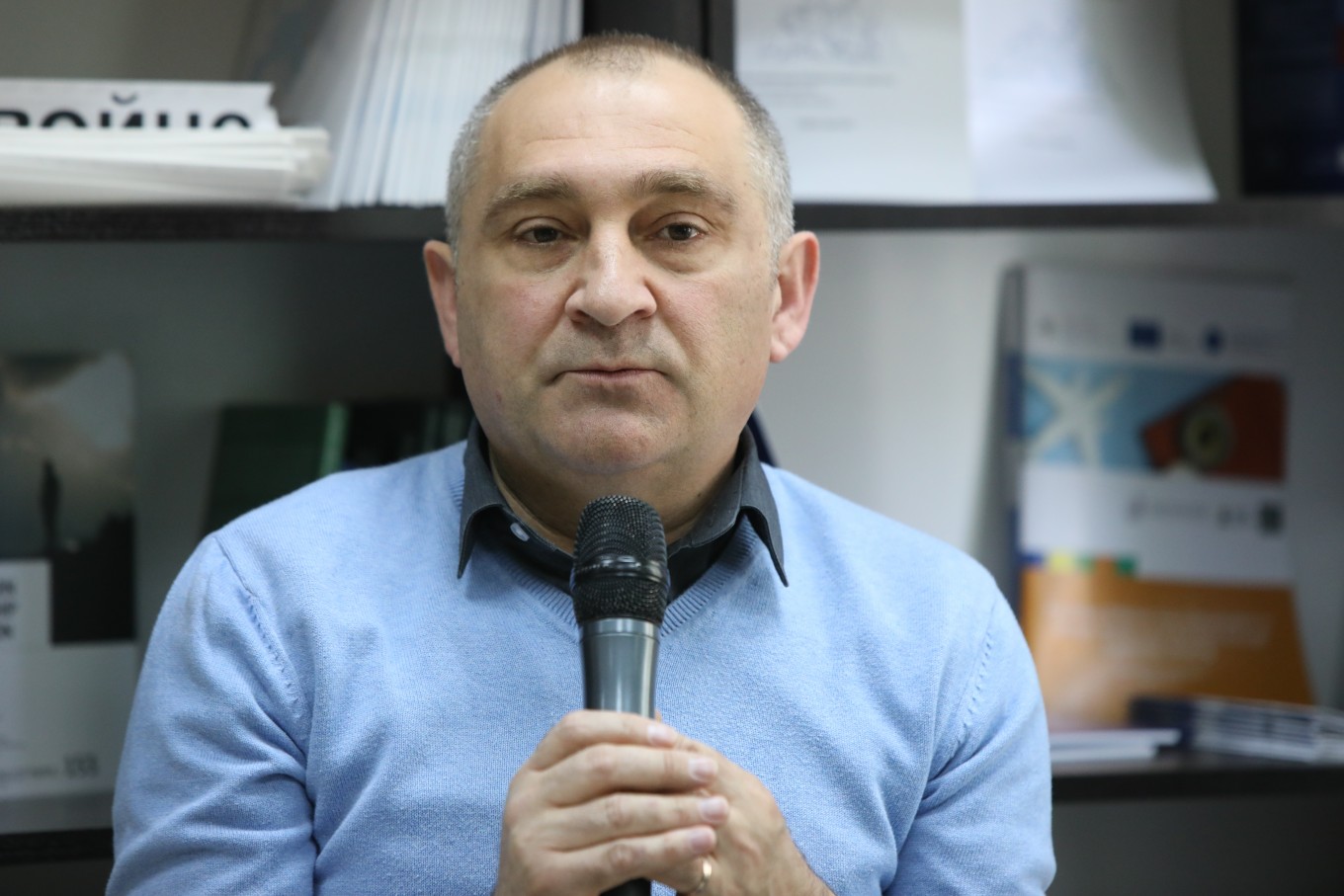 For his part, Victor Munteanu, Director of the Department of Justice and Human Rights, Soros Foundation-Moldova, said: “The justice system in the Republic of Moldova unfortunately went through an unfortunate “marriage” from which it came out very wrinkled. A marriage with organized crime and great corruption. This unfortunate phenomenon changes everything. It is understandable that the current government no longer focuses on reforms of mechanisms and procedures, but all the attention this time focuses on human resources. This is how we understand the exercise of extraordinary evaluation, which is something exceptional, because it can only happen once in the history of a country’s justice system. It is an exercise as risky as it is necessary, because such a justice system, which has gone through such phenomena as the Russian Laundromat, has no right of reply and can no longer function from the same platforms. This can no longer be tolerated and it is obvious that the reform of the processes has no meaning if it is not about human resources.” 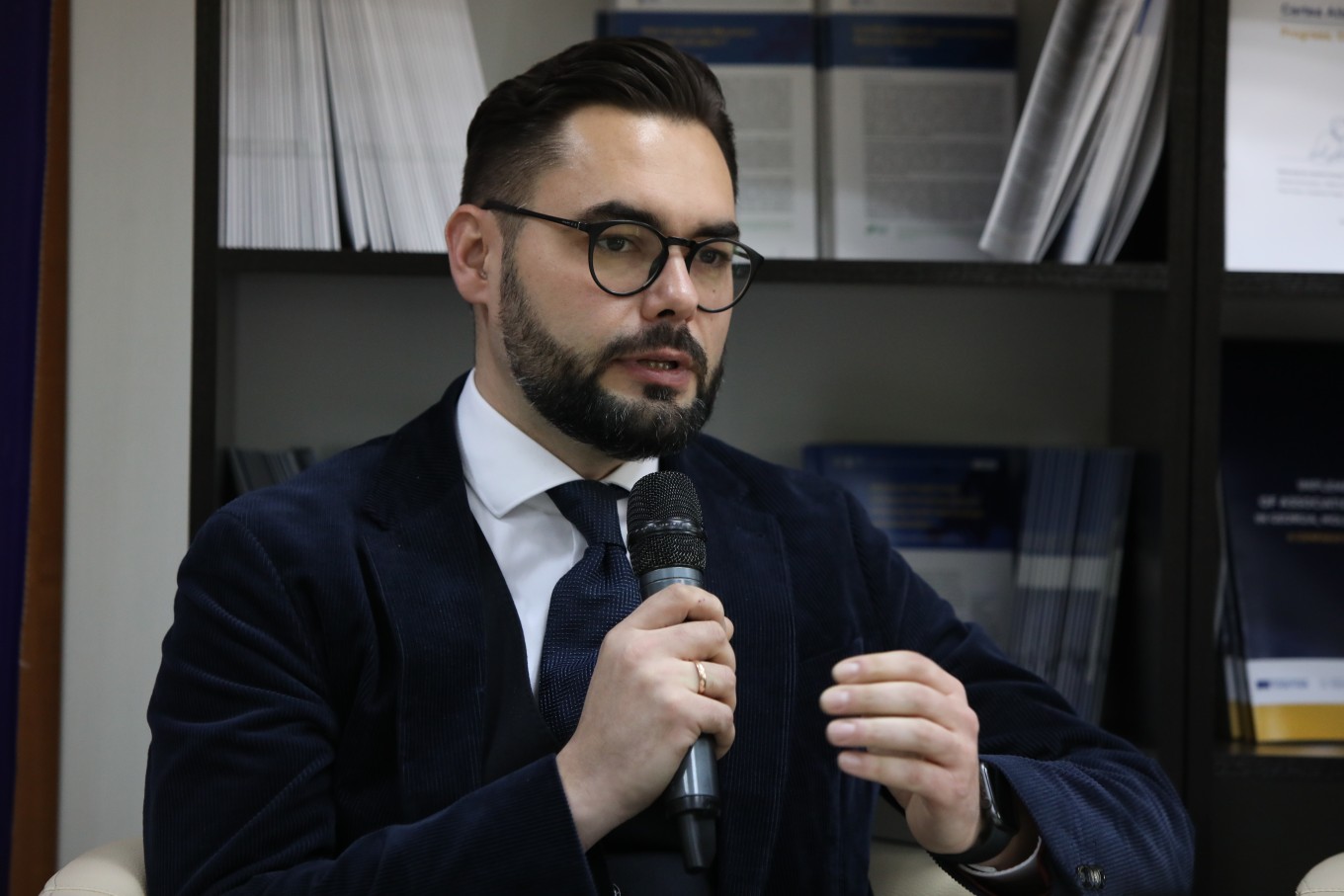 “One of the missions of the GEJ was to come up with this joint effort, which would not only involve the monitoring part, but also contribute with policy proposals, through opinions, that the colleagues formulated during the project. At the same time, let us have an effort focused on promoting these policies. So, our approach is to try to contribute to the consolidation of an independent, upright, responsible justice system, so that it serves the law and the citizen, but also to combat impunity, which unfortunately was and continues to be present in today’s system”, mentioned Iulian Groza, IPRE Executive Director. During the first panel of the event, #GEJ experts (Ecaterina Popșoi, GEJ project coordinator, legal expert within IPRE; Olesea Doronceanu, Secretary General of the GEJ, Pavel Grecu and Tatiana Ciaglic, Members of the Group of Justice Experts), presented the main conclusions of the Monitoring Report on the White Paper of Justice.

Subsequently, a discussion session followed with the participation of representatives of civil society, experts from national public authorities and development partners from the Republic of Moldova. Here are some of the main remarks of the speakers. Olesea Stamate, Chairwoman of the Legal Committee on Appointments and Immunities, Parliament of the Republic of Moldova: “It is important to periodically evaluate the results and maybe where we have not succeeded well enough in terms of justice reform. We have been talking about justice reform for many, many years, and I hope that from now on we will be able to talk about this reform in much more positive tones than we have done so far. It is true that what we have started in the field of justice, together with the Ministry of Justice, may be regarded as slightly less traditional methods. It’s about that pre-vetting, which is now just beginning to be realized, and it’s about the vetting itself that follows. They are actions that cannot and should not be implemented often. It should be implemented only once, as an extraordinary assessment of judges and prosecutors is carried out. Therefore, our attention is especially focused on this pre-vetting and subsequently the vetting, to be carried out with maximum efficiency and transparency.” Eduard Bulat, Deputy Prosecutor General, Prosecutor General’s Office: “Some of the proposals from the White Paper are indeed found in the policy documents for the development of the prosecutor’s office. There were some visions that were not always understood, at certain stages, by the management of the institution. Now, seeing this unison between the regulations and provisions of institutional policy documents with national ones, and with the visions of actors outside public institutions. We could say that we actually have a common front, we have a unity of vision. I think we have no choice but to get involved, because we are from the justice system. These changes concern us, and even if we wanted to, we would not be able to stay outside of these events. Obviously, there will be resistance factors, as with any change, it is a normal thing, only that we should identify those methods by which we could overcome these resistance factors.” Livia Mitrofan, Judge, Chisinau Court: “At the moment it makes me think that we are at a new era of the judicial system because we have seen substantial changes in the Constitution of the Republic of Moldova related to the judicial system: the exclusion of the 5 years at the initial appointment, the promotion of judges by the SCM and the President of the state, the promotion of the presidents of the courts from the constitution was excluded,  because it is a matter of administering the system and I do not think that a constitutional norm was necessary. However, I would not agree that at the moment the constitutional provisions allow the Supreme Court of Justice (SCJ) to activate non-judges, because they do not resonate with art. 116 of the Constitution, because art. 166 of the Constitution says that judges are appointed under the law, are independent and impartial, and respectively to appoint to the SCJ non-judges to carry out a justice without ensuring the constitutional guarantee of independence, I do not know if it is viable and if it will pass the constitutionality test.” ANGELA POPIL, Lawyer, member of the Council of the Union of Lawyers of the Republic of Moldova: “The Bar Association was able in the summer of 2021 to make changes to the Law on Law, to promote the necessary changes so that the results are already seen at the end of 2021, by organizing the online congress, so that we were able to prove that it is possible, and to some extent we were sorry that we did not do it before,  but we are happy that we are the first in the field of justice to break the ice. I was also very pleased to see the amendments regarding the law on the status of the judge, from August 2021, where the procedure for promoting candidates were practically taken over, if not mot-a-mot, or we put it in our law in June 2021, the promotion of candidates for management positions in law, which the same since 2002,  there was never any promotion of candidates and it was practically the same situation as for the judges.” Vladislav Gribincea, President, Center for Legal Resources of Moldova: “The real change, if it comes, it will come only from the people in the system. The Parliament and the Government can create premises for change, but it will be mostly the responsibility of the judges, to see how the system will work in practice. Whether judges or prosecutors will be able to bring this change, is another question. Vetting may come up with certain solutions and maybe help eradicate some very toxic people, but it will not qualitatively change the people who remain there. If the Superior Council of Magistrates, Superior Council of Prosecutors, Prosecutor General’s Office, Supreme Court of Justice, were doing their job until now, we did not come to the need for external verification of judges.”

For more details, you can watch the video of the event here.

The project “Expert Group in the field of Justice (GEJ)” was implemented by IPRE, between March 1, 2020 and March 31, 2022, with the financial support provided by the Soros Foundation Moldova. 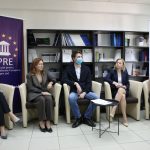 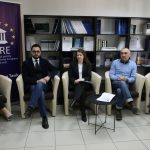