WHITE BOOK OF JUSTICE: Recommendations for an independent and integer justice 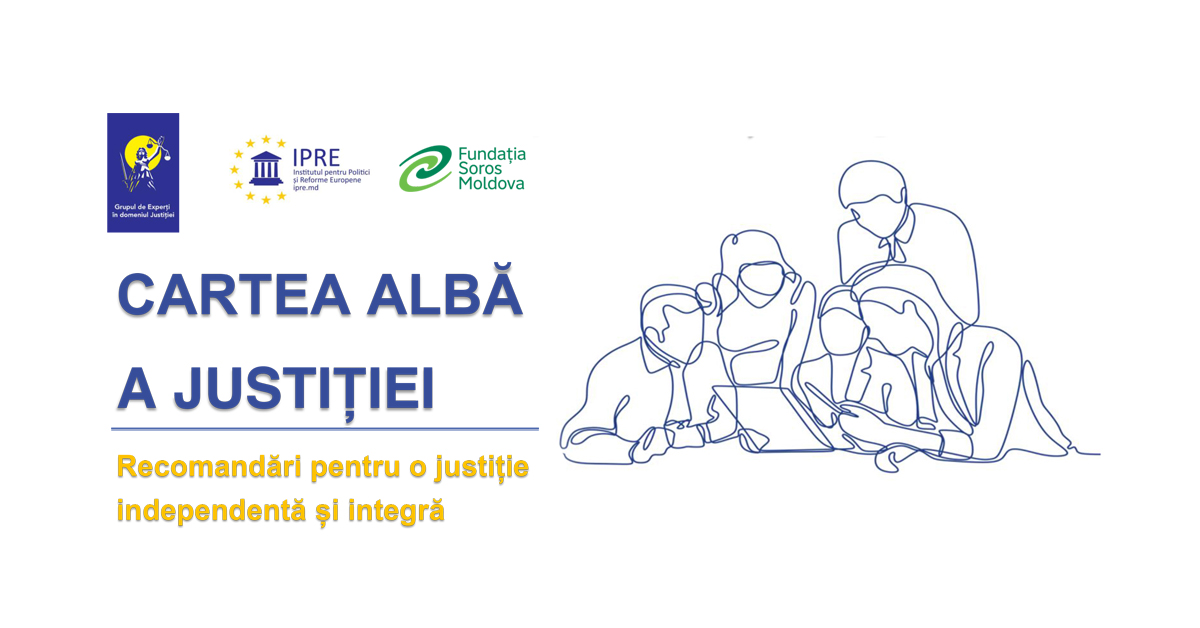 This publication is developed within the project “Justice Experts’ Group”, financially supported by the Soros Foundation Moldova. The authors are grateful to all those who contributed to the development of this White Book on Justice, especially to the more than 50 representatives of the justice system of the Republic of Moldova, especially judges, prosecutors, lawyers, notaries, mediators, judicial experts, professors of law from the Republic of Moldova and civil society experts who participated in the interviews and evaluation meetings organised during April – July 2021. We thank the participants at the organised interviews for their valuable contributions to the process of drafting the White Paper on Justice and to the conclusions and recommendations.

The Justice Sector has experienced several legislative efforts in recent years on the organization of self-governing authorities in the justice sector. Thus, provisions were inserted in the Constitution related to the Superior Council of Prosecutors and the Prosecutor General. Achievements include new regulations in the field of related professions (judicial experts, notaries, lawyers, mediators), but also measures have been taken to make the position of judge and prosecutor more attractive by gradually increasing salaries.

There have also been some improvements in the functioning of self-governing authorities in the justice sector such as the SCM and the SCP, as well as the authorities responsible for the management and organisation of related professions.

In 2016, the updated national framework of verification of integrity and avoiding conflicts of interest was adopted.

However, efforts to improve justice in the Republic of Moldova have not yielded the expected results. The activity of justice institutions does not enjoy a high level of trust, with suspicions of lack of integrity, corruption, political control, but also the influence of criminal groups and the kleptocratic system on the justice sector.

Although the activity of self-governing authorities, such as the SCM and CSP, but also related professions was affected during 2020 and 2021 by the pandemic generated by COVID-19, many of the omissions of the authorities responsible for the justice sector, but also the actions criticized, including those undertaken by the Parliament and the Government, have overcome the arguments related to the limitations generated by the pandemic. The lack of finality on the competitions organised for vacant positions in the self-administration authorities, the lack of cooperation with the representatives of the related professions and the tendencies of political control over the self-administration authorities accentuated even more the way the justice is managed.

Inefficient management of justice at the pre-trial and trial stages, but also at the stage of enforcement of judgments, modest use of information technologies, double statistical reporting, as well as the lack of justification of decisions issued by self-managing judicial authorities continue to raise multiple questions about how the justice sector is managed in the Republic of Moldova.

The White Book of Justice recommends actions directed towards the improvement of the state of affairs, the most important being the following: