Home - IPRE in the Media - Mihai Mogildea: The Republic of Moldova must obtain the status of a candidate country for EU membership (NEWSLETTER edited by the Foreign Policy Association and Friedrich- Ebert-Stiftung)

Mihai Mogildea: The Republic of Moldova must obtain the status of a candidate country for EU membership (NEWSLETTER edited by the Foreign Policy Association and Friedrich- Ebert-Stiftung) 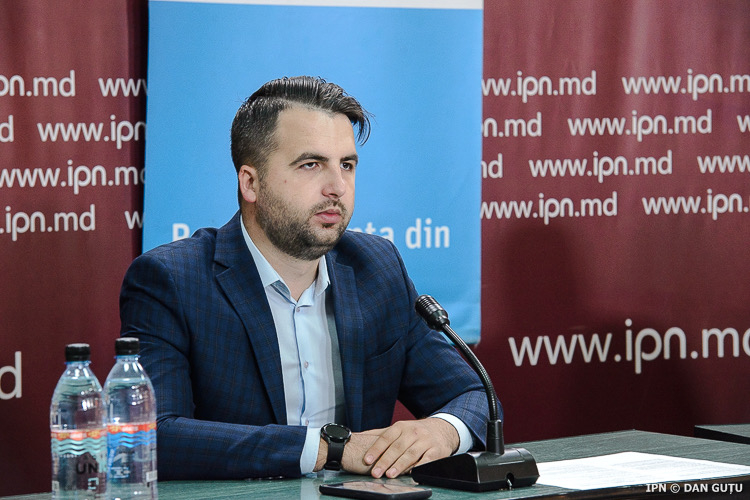 At the European Council Summit in Brussels, scheduled for 23-24 June 2022, the EU states will discuss and decide on the application for accession of the Republic of Moldova submitted at the beginning of March. The decision that will be taken at that meeting could have a considerable impact on the European integration process of the Republic of Moldova, which is a key priority of the foreign policy of the Moldovan government.

After years in which the rule of law and good governance have suffered from kleptocratic regimes, Moldova’s status of a candidate country can boost key reforms in these areas and generate systemic changes needed to advance the EU accession.

At the same time, the response of the Member States to Moldova’s application will test the EU’s ability to (re) act strategically and uniformly in an extremely complicated security context. The joint efforts of the EU states in support of Ukraine’s independence must also bring with it a firm commitment to support the accession prospect of the Associated Trio countries, including the Republic of Moldova.

The paradigm shift in relation to the Russian Federation of several chancelleries of Europe should be manifested by a wider openness to the immediate inclusion of the associated countries in the value, political and economic space of the EU.

New milestones for cooperation between Chisinau and Brussel

The Moldovan leadership has signed the application for the EU membership on 3 March 2022, a few days after Ukraine and Georgia. Although the submission of the application was influenced by the similar gesture of the other two states, the current government in Chisinau has sent a clear political signal to Brussels of commitment to the accession process

This signal has been later confirmed by the accelerated speed of completing the questionnaires sent to Chisinau by the European Commission. In about a month, the Moldovan authorities were able to complete and submit the answers to more than 2,100 questions, which covered virtually all key aspects of the political and institutional system, but also of the policy framework in the Republic of Moldova. The rapid mobilization of the necessary resources for this exercise has shown determination and will among the government to capitalize on the current window of opportunity. By comparison, it took the countries such as Albania and Northern Macedonia four months to submit the answers to the accession questionnaire, while in the case of Bosnia this process took about 14 months.

These events, together with the launch of the “Support Platform for Moldova” in early April, at the initiative of France, Germany and Romania, have increased the interaction between the European countries and the Republic of Moldova, channelling more external assistance to overcome the national and regional crises.

Beyond the bilateral dialogue, the Republic of Moldova has demonstrated after February 24th that it is one of the EU’s main partners in the context of the war in Ukraine. The organized management of the refugee flow to the EU countries, ensuring the transit of the commercial and humanitarian transport from the EU to Ukraine, but also observance of the EU financial sanctions regime for the Russian Federation, were just some of the actions facilitated by the authorities in Chisinau.

The stakes of the candidate country status

The European Commission’s opinion on Moldova’s application for the EU membership is due to be published by mid-June. The conclusions and recommendations of the European Commission can weigh heavily on the decision of some EU states, which have not yet established their position on offering the status of candidate country to the Republic of Moldova. Although the fulfilment of the Copenhagen accession criteria is necessary and the Republic of Moldova should not be an exception to the rule, the Member States should also take into account the relevance of granting the candidate country status to the Republic of Moldova.

The stakes of this decision can have major implications for the short- and medium-term development of the Republic of Moldova. First of all, the Republic of Moldova could have access to significantly higher pre-accession funds compared to the currently established allocations. For the 2021-2027 EU budget, the Pre-Accession Assistance Instrument includes funding of around € 14.2 billion for the countries of the Western Balkans and Turkey. These funds could be directed to central and local authorities, the business community and civil society, helping to modernize the infrastructure and improve the living standards of the population.

Secondly, the status of candidate country, coupled with the assistance instruments, could accelerate the progress of reforms in the Republic of Moldova and make the government accountable for implementing the commitments assumed in relation to the EU. The positive past experience of the EU conditionality, skilfully applied for disbursement of macro- financial assistance, demonstrates the effectiveness and usefulness of this mechanism in connecting the funds to the reform actions. At the same time, the status of candidate country could increase the support of society for Moldova’s accession to the EU currently estimated at 55 percent.

The need for a decisive approach

In the run-up to the Brussels summit, the EU member states took different stances on the opportunity to be granted the candidate status for Moldova. At the declaratory level, some heads of state and government have emphasized the need to comply with all stages and procedures set out in the EU Treaty, speaking quite reluctantly about the prospects of the three EU associated countries. Other leaders, especially those from the Central and South-Eastern Europe, have emphasized the importance of the geopolitical and security context, which is forcing the EU to change its approach to examining membership applications.

The paradigm of the EU states towards the application for accession of the Republic of Moldova should take into account the impact of a favourable decision on the development and reform trajectory of this state. Although the Republic of Moldova has some delays with regards to the rule of law and the fight against corruption, they should understand the strategic importance of providing this status to Moldova, which can be a trigger for mitigating the impact of current crises on the resilience of Moldovan society and the sustainability of the European geopolitical orientation.

The Republic of Moldova does not intend to ‘skip’ certain stages of the EU accession process. The opening of the EU accession negotiations, as well as the dynamics of the negotiations over the accession chapter, will certainly be conditioned by results in the implementation of key reforms by the authorities. However, now it is the time for the EU to demonstrate its ability to act as a global player, and reconsider its approach to foreign policy and security in Eastern Europe based on the new regional realities.