Home - IPRE in the Media - Iulian Groza, director of IPRE: The most important thing is the political decision that the Member States will take and offering a clear EU membership perspective/// Monthly newsletter, Foreign Policy Association together with Friedrich- Ebert-Stiftung

Iulian Groza, director of IPRE: The most important thing is the political decision that the Member States will take and offering a clear EU membership perspective/// Monthly newsletter, Foreign Policy Association together with Friedrich- Ebert-Stiftung 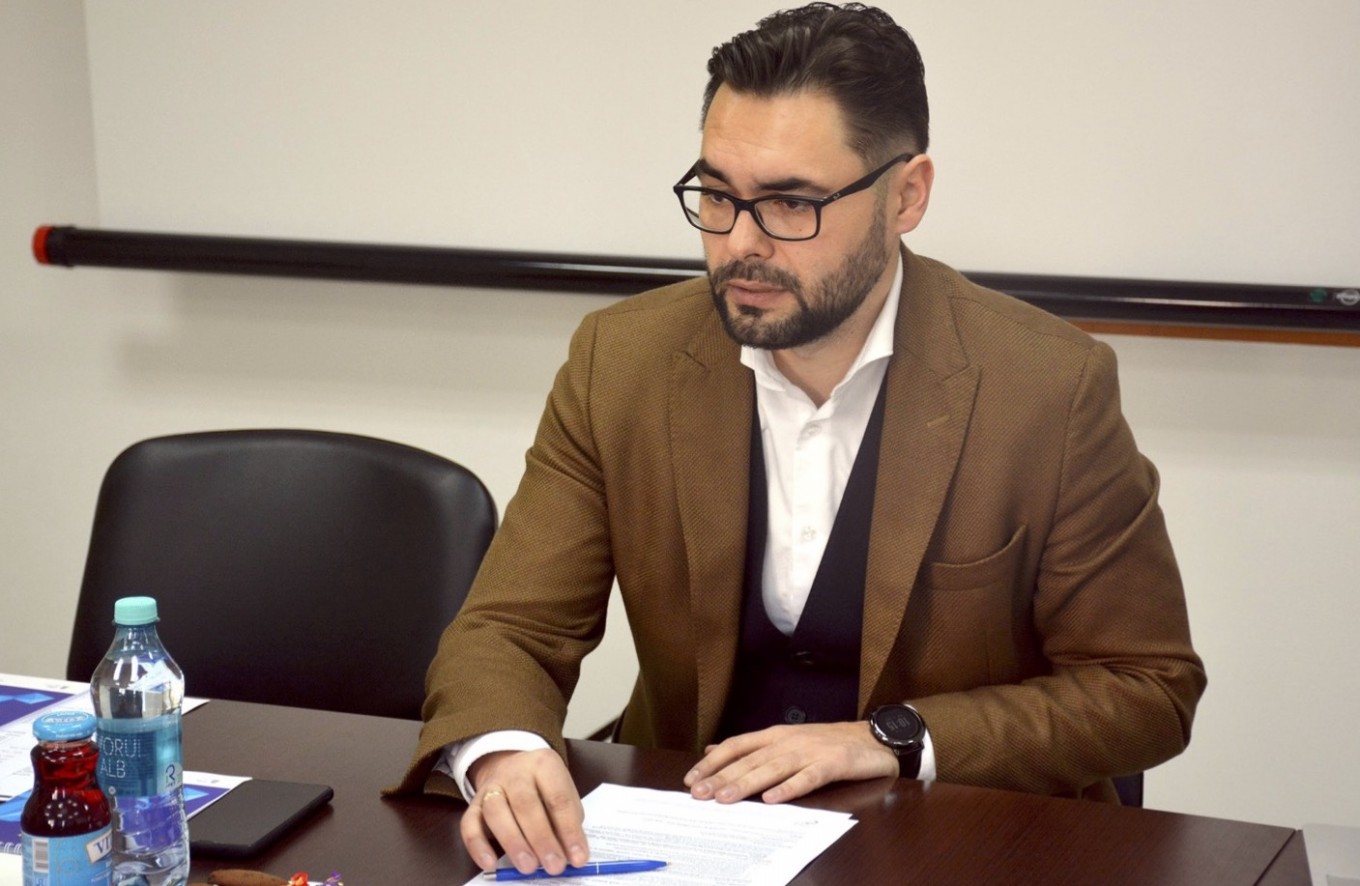 The Director of the Institute for European Policies and Reforms (IPRE), Iulian Groza, has talked in the interview for the newsletter about the questionnaires from the European Commission filled in by the Republic of Moldova. The questionnaires were filled in as part of the evaluation by the European Executive of the political and economic situation of the Republic of Moldova, with a view to deciding on offering Moldova the candidate country status for the EU accession following the application submitted by the Moldovan authorities on March 3rd in Brussels. We are inviting you to read about this in detail in the following interview:

Mr Groza, the Republic of Moldova is going to fill in the second questionnaire for the European Commission. The first one contained about 380 questions, while the second -nearly 1,900 questions. The Republic of Moldova has moved relatively quickly in this process. How difficult was it to fill in the questionnaires, and did the IPRE experts help with this process?

With regard to the process of drafting this questionnaire, I would like to mention that the authorities have called on the non-governmental organizations participating in the National Platform of the Eastern Partnership Civil Society Forum to support this effort.

The process of assessing the status of candidate country of the Republic of Moldova is a broad and complex one, which requires an inclusive effort, not only by the authorities, but also by all national governmental and non- governmental experts.

How do you assess the involvement of NGOs in this activity? They say both the officials and civil society representatives have worked around the clock to fill in questionnaires…

The National Platform of the Eastern Partnership Civil Society Forum is one of the most representative umbrella organizations that includes about 100 non-governmental organizations. During a discussion at the beginning of March with the Minister of Foreign Affairs, Mr. Nicu Popescu, the latter came up with the request to assist with this exercise and we have responded with great openness. We have immediately understood that the EC’s assessment of the Republic of Moldova is of particular importance for our European integration, thus filling in the questionnaires should be a national effort.

We have managed to mobilize several organizations from the Platform, namely the Institute for European Policy and Reforms, Expert Group, Legal Resource Center from Moldova. Also, together with the Soros Foundation Moldova we have managed to mobilize over 15 experts from among our organizations who produced contributions and put forward proposals and recommendations for the answers to the questionnaires. We have also helped with reviews of the contributions of the authorities.

Speaking of the speed of the work, at first, I was relatively sceptical that the European Commission would be able to send this questionnaire to the Republic of Moldova in such a short time and, secondly, I was sceptical even about the deadline for the Republic Moldova to fill in the questionnaire. This is because the process of assessing the accession applications for the aspiring countries, from the experience of the Balkans, has shown that this is a rather long and complex process. A lasting one. In the case of the Balkan countries, it took much longer to send the questionnaire to the aspiring countries. On average, it took one year since the launch of this process.

Within a few weeks since the submission of the application, Ukraine, the Republic of Moldova and Georgia have received the questionnaires. When it comes to the actual preparation of the answers, I think that the level of mobilization of the authorities has mattered a lot, but also the involvement of the NGOs and experts from the diaspora. So, all of these things have shattered my initial fears along the way, and we have quickly sent back the answers. The first part of the questionnaire contained about 380 questions, covering two chapters – the political and economic criteria.

Although the first part was shorter in terms of number of questions, at the level of answers it did not involve only technical aspects, but also evaluations and analyses. All this should give the European Commission a better impression of the state of the Republic of Moldova with regard to the two criteria mentioned above.

The second part of the questionnaire is larger. It covers 33 chapters and contains over 1,800 questions. Most of them are technical in nature and aim at transposing and implementing the legislation. For the Republic of Moldova, it was relatively simple here, given that the country has been in the process of implementing the Association Agreement with the EU for eight years.

We know that the Association Agreement and its annexes have included several commitments to transpose European legislation. If we were to summarise the effort, it was relatively easier for the Republic of Moldova compared to other countries to develop these answers in a relatively short time.

What are the next procedural steps after the transmission of the second part of the questionnaire to the EC?

The opinion of the Commission will then be forwarded to the Council of the European Union working group for discussions at the level of Member States. It is likely that by mid-June

we will have the first signals on the assessment of the membership application and recommendations to the EC from the Member States at the Council of Ministers level. Following the decision of the EU Foreign Affairs Council, we will see a final European Council decision scheduled for 23-24 June.

Do you hope for a positive opinion from the European Commission?

At this moment we cannot anticipate what the European Commission’s opinion will be. If we have managed to implement the Association Agreement and the Commission has already made its own assessment, I think it is going to be generally favourable. As Moldova moves forward in implementing its commitments, it is clear that there are certain sectors that need more involvement and results, but we hope for a positive EC opinion. But it could also include some recommendations for aspiring countries, such as the Republic of Moldova, Ukraine and Georgia, in the direction of negotiating an Accession Treaty and to have a future perspective.

The technical part for us is in principle clear, because the EU Treaty and the requirements are also clear. But, in addition to the technical aspect that is important, we understand very well that the evaluation process of a candidate country is an eminently political. This also requires political decisions by the EU Council and the EU Member States. We are well aware that such decisions require consensus and unanimity in all 27 Member States.

We will see what the discussion will be at the Member State level and in the European Council. At least the signals from Brussels and other European capitals indicate that the EU is much better prepared today to offer a clear European perspective to Ukraine and Moldova.

What will matter will be a process of negotiation between the Member States and the European Commission. But I hope that these negotiations and preparations with the European Council will result in at least a unanimous political message that would mean offering a European perspective to our countries like in the case of the Western Balkan countries in 2003 at the Thessaloniki summit.

This political decision to offer the European perspective and the promise that the Balkan countries will become part of the EU, when they meet the criteria, was the most important in increasing the momentum of the EU- wide processes on the accession of the West Balkan countries.

We can say in retrospect that, after about 10 years, Croatia became a member state after receiving this European perspective. Other Balkan countries are at different stages.

The political decision is the most important

Are you optimistic about the decision of the European Council to be held on 23-24 June? What are the scenarios on how it could operate in the case of the Republic of Moldova, or do you think Moldova could directly receive the status of a candidate state for EU accession?

First of all, what we need to understand is that even offering the status of candidate countries is not a technical issue, but a political decision. So, we have to wait for this signal from the Member States. When our countries obtain this status, we could discuss the next step, which is the preparation for the negotiation of the chapters of the Accession Treaty.

The important thing is to manage the expectations very well. Secondly, let us understand that the process of accession and then integration is a complex and time-consuming, it doesn’t happen automatically. Once the Republic of Moldova obtains this status, it will involve great efforts on the part of the country.

My expectation is that at the June summit, whether the Member States decide in June to offer the EU candidate country status or send a strong message that our countries can achieve this status, the most important is the political decision that the Member States can take of offering a clear accession perspective to our countries.

The European Parliament has voted in favour of a resolution offering the Republic of Moldova the status of a candidate country for accession to the European Union. Though it is only a political statement, what does this mean?

From what we have seen recently, including the European Parliament’s resolution adopted last week, it is already encouraging. The text of the resolution speaks for the first time very clearly about the granting of the European perspective and of the status of a candidate country for the Republic of Moldova.

If we compare the texts adopted for the Republic of Moldova and Ukraine in March, we will see that the text of the resolution on Moldova is much more ambitious and clearer. What encourages me is that this resolution was supported by the vast majority in the EP. Today we are in a situation where the European Parliament, a very important political institution in the decision-making process, has sent its message very clearly to the European Commission and the Member States.

We know very well that the President of the European Commission, Ursula von der Leyen, has already sent very strong messages of encouragement to Ukraine and the Republic of Moldova regarding our perspectives for the EU membership. And we will soon find out the Commission’s opinion.

Most importantly, we will await the conclusions of the European Council at the June summit.