Home - Opinions, Publications - The importance of the Black Sea region for the Republic of Moldova: landmarks for an extended and strengthened dialogue. Commentary by Mihai Mogîldea

The importance of the Black Sea region for the Republic of Moldova: landmarks for an extended and strengthened dialogue. Commentary by Mihai Mogîldea 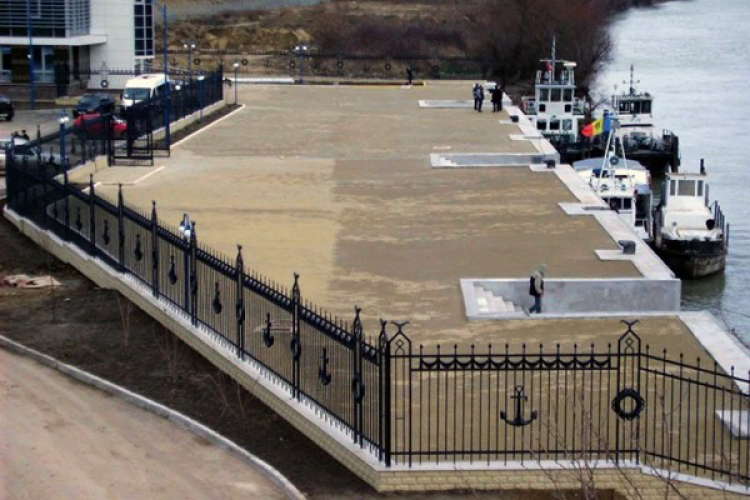 In the last decades, the importance of the Black Sea region for Moldova has constantly increased. Although having Moldova has only fluvial) access to the sea, Moldova is well interconnected with the Black Sea space. The historical, environmental and economic factors have positively influenced the ongoing cooperation with the Black Sea countries, both at the bilateral and multilateral level. This however does not mean that regional environment or Moldova’s bilateral relations with Black Sea states are problemless...

If a few years ago the Mediterranean region was labeled the “hot spot of Europe”, now the Black Sea region has taken over this status. The military aggression of the Russian Federation against Ukraine and the humanitarian and economic consequences of this war will leave a deep mark on regional stability. At the same time, the war in Ukraine has triggered an irreversible process of reconsideration and rethinking US and EU policy towards the Black Sea region, which could help countries in this area to strengthen and expand their existing forms of cooperation and dialogue, such as the Three Seas Initiative, the Black Sea Synergy and the Black Sea Economic Cooperation Organization. The Republic of Moldova must be an active part of this process, by taking advantage of opportunities related to trade, energy or security.

The economic pillar of Moldova’s engagement with the Black Sea region has been characterized by a few consistent achievements. At the multilateral level, Moldova has become part of the Organization of the Black Sea Economic Cooperation (BSEC) in 1999, when the Moldovan Parliament ratified the BSEC Charta. BSEC initiative, backed by 13 member countries, has served as a useful platform for developing a multi-layered dialogue on different intergovernmental working areas, such as banking, customs or SMEs. Currently, Moldova holds for the second time the chairmanship of BSEC after the first half of 2015.

Bilaterally, the trade with the Black Sea countries has fluctuated on individual basis in the last 10 years (figure 1 and 2). While the exports to EU countries boosted by more than 85%, the overall exports to the six Black Sea countries have decreased by 9% within this timeframe. This decline, estimated at 127 million US dollars, was impacted by the reorientation of the Moldovan exports towards the EU market after the Russian abusive embargoes from 2013. Other incentives in this direction were provided by the Deep and Comprehensive Free Trade Area (DCFTA) between Moldova and EU, which generated a rapid growth in the volume of exports to the EU countries after 2014. In 2021, more than 61% of the Moldovan exports reached the EU market. Romania is the top export country for the Moldovan goods, with a share of 26,7 percent of the exports.

A similar trend was attested with regard to imports originating from the Black Sea region. Their value decreased by 8% between 2011 and 2020. A key trigger for the downsize of the imports was the oscillation of the gas price imported by Moldova from Russia, which led to a reduction of 25% of the imports from this country. The DCFTA-related dynamics and foreign direct investments contributed to a consistent increase of 9% of imports from Romania, while imports from Turkey boosted by 6%. By the end of 2021, 13,6% of Moldovan imports originated from Russia, 12% from Romania and 7,5% were transported from Turkey.

An impetus for the development of trade in the Black Sea region was the building of the Giurgiulesti International Free Port. The port was inaugurated in 2006 and is located in the south of Moldova, on a parcel of 430 meters of the Danube river and 133 km distance from the Black Sea. Although it has a passenger terminal, the port serves mainly for commercial activities. Between 2011 and 2021, the quantity of transhipped goods has tripled from 428.5 thousand of tons to 1.4 million tons. The maritime transportation was widely used for the exports of agricultural products and import of petroleum and industrial goods. The placement of the port in a Free Economic Zone (FEZ), which provides preferential fiscal arrangements for its residents, has contributed to the development of the port. According to the most recent statistics, 51 companies are based in this FEZ.

The Black Sea countries are the primary potential energy partners for Moldova. The governmental authorities have invested efforts to interconnect the Moldovan energy market with the European one, both in the gas and electricity sectors. As such, two key projects were developed in the last decade.  The first one is Iasi – Ungheni – Chisinau pipeline, which was initiated in 2012 and became operational in 2020. The pipeline was built to ensure the gas interconnection with Romania and can provide the transportation of necessary quantity of gas for the right bank of Nistru river, estimated at 1.1 billion cubic meters per year.

The second project refers to the connection of Moldova’s power grids to the EU’s electricity market through the modernisation of electricity infrastructure and building of high voltage power line Isaccea – Vulcanesti – Chisinau. This initiative was launched in 2019, with the support of EU, European Bank for Reconstruction and Development, European Investment Bank and World Bank, and it is expected to the finalised by the end of 2025. Following its successful implementation, along with other complementary interconnection projects with Romania, Chisinau will end its partial dependence on electricity from the Transnistrian region and, consequently, the financing of the separatist regime through obscure gas-related schemes.

In case of need, the Republic of Moldova could benefit from the supply of gas in reverse flows from the Turkish Stream through the Trans-Balkan gas corridor. In light of the complicated negotiations between Ukraine and Russia for a new transit contract, which took place until the end of 2019, the Republic of Moldova has managed to provide this option as a potential alternative to prolonging the gas crisis in the region. The recent visit of Parliament Speaker Igor Grosu to Baku and the discussions on the possibility of purchasing natural gas in Azerbaijan are an important step towards exploiting the potential of the Turskish Stream, especially in the face of uncertainty over contractual relations with Gazprom after 1st May this year.

The security climate in the Black Sea region has deteriorated significantly over the last decade. The escalation of the Russian Federation’s war against Ukraine over the past eight years has reaffirmed the need for a stronger security dialogue between the Black Sea countries, especially those affected by protracted conflicts on their territory. In this regard, the Republic of Moldova has engaged in a bilateral and multilateral interaction with the EU, Ukraine and Georgia, aimed at strengthening the resilience of the security and defense sectors of Chisinau.

In the last year, several important steps have been taken in this direction. In November 2020, the EU Council announced the possibility for third countries to participate in Permanent Structured Cooperation (PESCO) projects, providing opportunities for collaboration for the 60 existing projects. The EU’s sustained interest in this area was later reaffirmed by the 2021 Eastern Partnership Summit Declaration, focusing on training, knowledge exchange and capacity-building activities within and beyond Common Security and Defense Policy (CSDP). Supported by the new budget instrument of the European Peace Facility (EPF) and the EPF pillar, which aims at assistance measures and designed to improve the military and defense capabilities of third countries, the EU vision for the coming years seems better suited to the immediate needs of the Republic of Moldova.

Another important step was the launch of the EU-Moldova High Level Political and Security Dialogue at the most recent EU-Moldova Association Council of the Republic of Moldova in October 2021, as well as the first package of assistance for Chisinau under the EPF. worth 7 million euros. Although this package has limited intervention, it could lay the groundwork for stimulating EU budget support for the reform of military, cyber and intelligence institutions in the Republic of Moldova.

The new political leadership in the Republic of Moldova has publicly stated its intention to contribute to strengthening regional security and stability in the Black Sea region. For example, during his official visit to Kyiv in January 2021, the President of the Republic of Moldova, Maia Sandu, together with the President of Ukraine, Volodymyr Zelensky, announced the common interest of Chisinau and Kiev to be part of the Three Seas Initiative. However, in order to respond effectively to the security risks and threats to the Black Sea region, the Republic of Moldova must go beyond diplomatic messages and strengthen the security and defense dialogue with the EU, NATO and the Black Sea countries. Continued professionalization, training and capacity building for military and civilian personnel involved in this process is crucial to its end results.

The Republic of Moldova can strengthen its position in the Black Sea region through extensive bilateral and multilateral sectoral cooperation. First of all, government authorities should consider modernizing river and rail transport in order to increase the volumes shipped through the Giurgiulesti Free International Port. In addition, the port’s passenger terminal, which can provide services for up to 300 passengers a day, should be expanded and better equipped for international travel.

Secondly, the Republic of Moldova must continue to develop its energy interconnection with Romania and facilitate, in the medium term, a possible recalibration of its gas imports from the Russian Federation to Romania and the EU. Following the announcement by the Romanian authorities of their intention to start a full-fledged extraction of gas from the Black Sea by 2025, the Republic of Moldova should seize this opportunity and calibrate its energy interconnection projects accordingly.

Third, government authorities should conceptualize a comprehensive reform of the security sector, taking into account the imminent risks of the present. As part of the reform process, Moldova could benefit from EU financial and technical support, including through the European Peace Facility. Furthermore, the Republic of Moldova should explore additional dialogue formats on the security and defense sector, such as the Black Sea Synergy and the Three Seas Initiative. The ultimate goal of these efforts should be to strengthen the democratic resilience and response mechanisms of the Republic of Moldova to the potential escalation of the war in Ukraine.
—

Mihai Mogîldea is the team leader of the Europeanization Program of the Institute for European Policies and Reforms (IPRE).
—

This commentary was published within the project “We and Europe – Analysis of Moldovan-European Relations through Innovative Media and Analytical Products”, implemented by the Institute for European Policy and Reform (IPRE), in partnership with IPN, Radio Chisinau and ZUGO.md, with the support of the Konrad Adenauer Foundation. The opinions presented in this commentary belong to the author.