Home - Press Releases - How can the resilience to systemic kleptocracy be increased in the Republic of Moldova?

How can the resilience to systemic kleptocracy be increased in the Republic of Moldova? 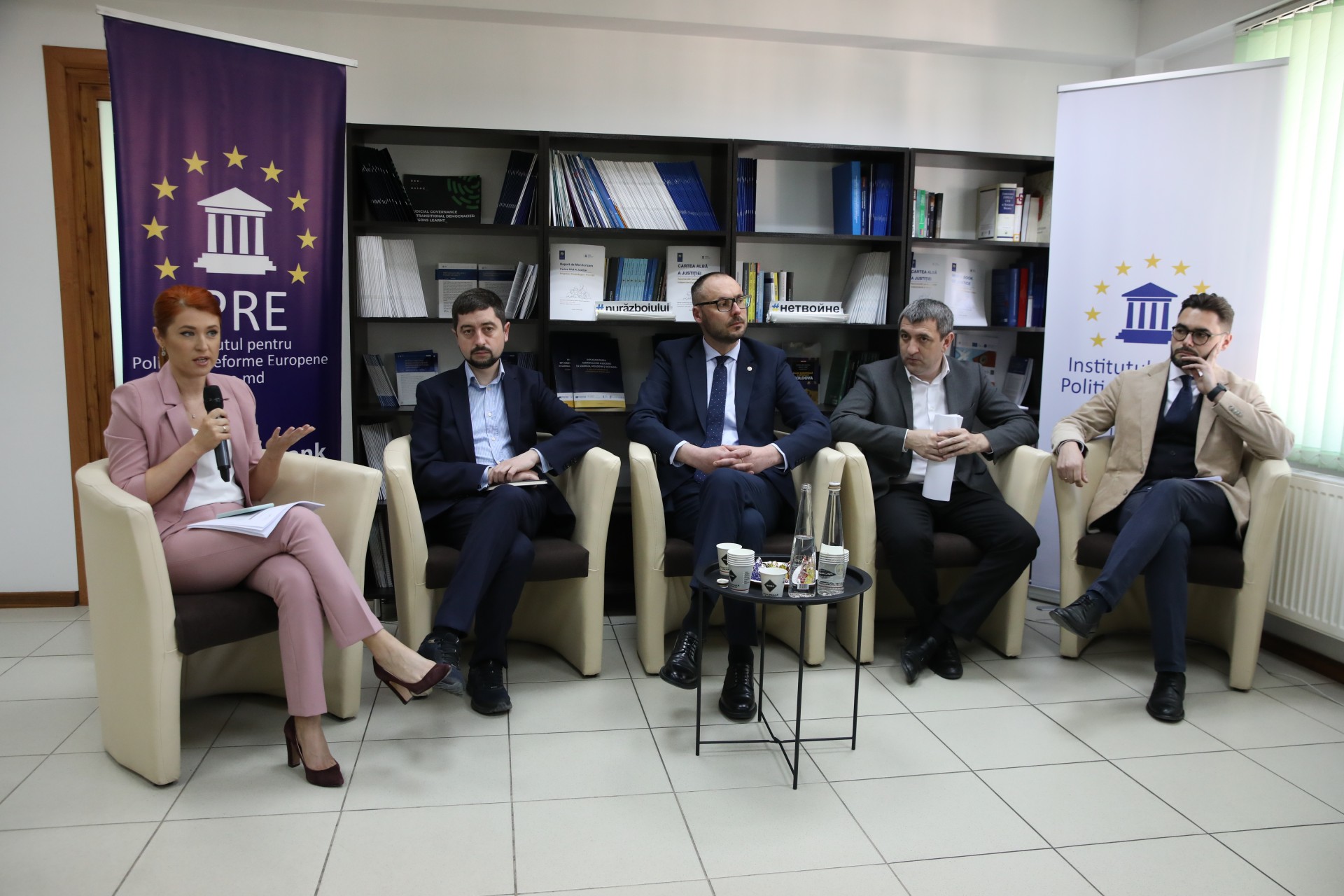 The Institute for European Policies and Reforms (IPRE), in partnership with the WatchDog.md Community and with the financial support of the Soros Foundation Moldova, organized on Friday, April 8, 2022, the online public event “Increasing resilience to systemic kleptocracy in the Republic of Moldova”. At the opening of the event Sergiu Litvinenco, the Minister of Justice said: “The theft of the billion, the Russian Laundromat, the capture of the justice system are things that have brought us “fame” all over the world. With the vote of confidence from the citizens, it is very important that we carry out a systemic reform in the area of justice, and we have already initiated it. I talk here about the pre-vetting, the purpose of which is to provide the SCM and SCP with fair, upright, courageous people, who will bring order to the judicial system and to the prosecutor’s office. We must have strong, functional and courageous institutions, characteristic for a genuine rule of law, which will not allow the establishment of kleptocracy or oligarchy.” Consequently, Lilian Carp, MP in the Parliament of the Republic of Moldova, said: “If we follow the history of the Republic of Moldova in the last 30 years, we will see that corruption begins from the way the political parties are financed from us. They always had a financier and they saw the financing of the party as an investment, and after gaining power each was trying to get his share of “cheese”. Around this “emperor” there was always a suite, who took care to develop those schemes of corruption. That is why we understood that it is necessary to have a correct funding of the political parties and we have done several actions in order to have, first of all, a political elite that understands that the politics should be carried out in a correct manner. Thus, we want more transparency, and the Ministry of Justice has come up with a set of recommendations in the legislation and I hope that with the completion of this process we will also have a political elite, which will not get involved in corruption acts.” “There are two very important elements that characterize the phenomenon of corruption in Moldova. One is that state institutions, of any level, are closely interwoven with various groups, which carry out money-making activities, but also are close to judicial actors, who offer a wide range of services – from dropping the charges off the criminals to the laundering of millions of dollars from obscure sources. The second very important element is that a good part of these money-making activities take place in a realm of permanent legality. Therefore, my suggestion to the authorities would be as follows: in order to increase the state’s resilience to systemic corruption, attention should be drawn to the elimination of the interconnections of corrupt clans with state institutions and the removal of all opportunities to legitimize the corruption activities of these clans”, concluded Petru Culeac, Executive Director of the Soros Foundation Moldova. Also, Iulian Groza, IPRE Executive Director, mentioned: “In order to consolidate a democratic system and to advance the European integration process, it is important to make order in our own house, because otherwise we will not be able to align ourselves, not only through values, but also de facto, with our European family. Today this topic is very important. We are in a situation where Moldova submitted an application for accession to the EU, and soon the evaluation process will also begin. Thus, the current situation related to the human rights, the rule of law, to how our system works to fight corruption, the policies that come to improve this, will be reflected in this evaluation process and will certainly influence the European process and aspirations.”

In the second part of the event moderated by Mariana Rață, Investigative Journalist on TV8, there were presented the main findings and recommendations of the Report “The File of the Moldovan Kleptocracy”, elaborated by the experts of the WatchDog.md Community. 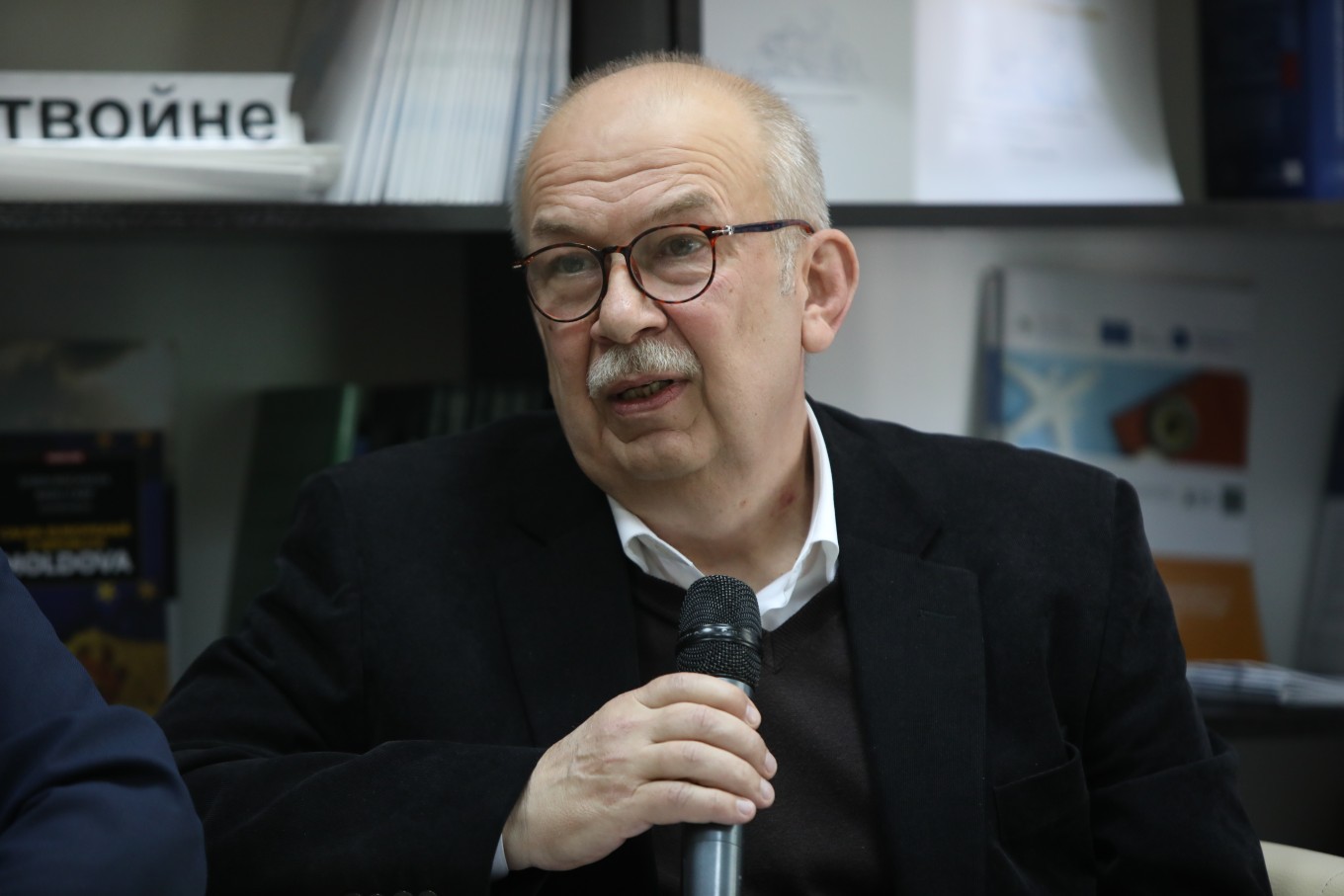 “In the study, which we present today, there is a description of this periodization, of the evolution of the oligarchy in the Republic of Moldova – from delegative democracy, from independence to 2000, to semi-consolidated oligarchy in the period of 2001-2009, to competitive oligarchy in 2009-2015 and monopolistic oligarchy and mafia state from 2015-2019. The peculiarity of the mafia state, which is a new concept introduced in this study, is that the state becomes predatory, and at the foundation of this kleptocratic state lies the control of the political, economic, justice and media system. After the events of 2019, the dismantling of the mafia state takes place, but it is only partial, because the schemes for now, for the most part, remained intact. At the same time, after 2021 we have a democratic government and this stage we call a transition to a genuine democracy”, said Victor Ciobanu, Associate Expert at the WatchDog.md Community. At the same time, Valeriu Pasa, director of the WatchDog.md, made a synthesis of the study’s recommendations: “Given that the reform of justice and the fight against corruption regarding large historical cases is one that follows a long path, political stability is extremely important. It is important that the government stimulates a competition between politically sound forces so as not to allow kleptocratic forces to return to power. Another recommendation is the systemic work to reduce the Kremlin’s influence on the political processes in Moldova. Media, propagandistic influence, through corruption and illegal funding of political parties have a huge impact on the election results. We have large groups of voters who are captive and maybe it wouldn’t be a problem in today’s context if those pro-Russian forces weren’t the pro-corruption forces. As long as tens of percent of voters automatically vote for the one who comes out with Putin’s photo in front of us, we’re going to have this influence of the pro-corrupt forces. The implementation of these recommendations will have a positive effect on the sustainability of a democratic and anti-corruption political system.”

Following the presentation of the study’s main conclusions, a discussion session was held with the participation of representatives from the civil society, experts from national public authorities and development partners from the Republic of Moldova. Please find below the main interventions of the speakers. Vasile Grădinaru, Member of the Legal Committee for appointments and immunities of the Parliament of the Republic of Moldova:“We as the Parliament are trying to intervene in order to destroy this system and to prevent the future occurrence of this phenomenon. First of all, we tried through state institutions to stop certain financial flows, which come either from inside or outside. Here we are talking about actions of counteracting money laundering and financing of political parties from obscure sources. We have tried to stop this phenomenon in order to create premises so that control over the state institutions cannot be obtained and to try to achieve a certain independence, so that they work in accordance with the law. We will necessarily intervene and we will provide all the necessary legal instruments for the laws to bring expected results in the interest of the state.” Iulian Rusu, NAC Director: “The institution I lead aims to activate the international cooperation in order to be able to confiscate the assets of some Moldovan citizens that they obtained from criminal activities. It is known that many of the illegally obtained resources are not on the territory of our country, most of them are abroad, and this affects the progress in the confiscation of these assets. Thus, there is a need to amplify the exchange of information with states in the European economic area. I am referring to Switzerland, where we have several directions, Great Britain, but also countries like Cyprus, Italy, Spain, Portugal. There are many jurisdictions that hold fortunes that could be a product of criminal activity, and a message in this regard the Republic of Moldova sent as well during the recent Berlin Conference.” Cristina Țărnă, Anticorruption Expert and lawyer: “There is such a phenomenon of mimicry, which is the ability of a weak animal to take the appearance of a predator so that it does not become the prey. There is also mimicry in the political system, which has exactly the opposite connotations. In our country predators take their allure of innocent. Mimicry generates hybrid systems, which at a high level take different forms and which generate competitive autocratic regimes. It combines elements of a democracy with autocratic ones. There are three essential elements when these competitive autocracies are perpetuated: control over the media, access to administrative resources and justice. Thus, it is important to implement the prevention mechanism, which is a very good way to forecast that something becomes law and that then becomes a resource for those who want to get rich.” Ilie Chirtoaca, Legal Adviser at the Legal Resources Center of Moldova (LRCM): “It is important to learn from what history offers us, and what we have read in the study presented today is what we have all experienced in recent years. We, at LRCM, analyzed how corruption is sanctioned and we made a foray into over 400 judgments and we found out that corruption cases are difficult to investigate, they are judged very slowly in court, and those who end up being punished are not necessarily those who have plundered banks. The resources that the state has, to investigate these cases, do not go to the cases of resonance. The solutions, which are described in the study, are only good if they are applied systemically by people who are upright and trustworthy.” Victor Munteanu, Director of the Department of Justice and Human Rights of the Soros Foundation Moldova: “It is important to mention the social sub-culture that kleptocracy has created in the Republic of Moldova. It is about an opinion, which stubbornly persists, especially in the environment of young people, as a successful road in life. This is done by accessing top public positions and through which influence peddling can be made. Unjust enrichment is not considered today a vice, but a talent, a success and of immense riches. What we’re doing with this sub-culture is a big question mark, because it’s the kleptocracy that has proven to us that some absolutely impossible leaps can occur in any normal society. I think it is impossible to tear down this social engineering without dismantling this colossus, which is often supported by a large part of the population, who become voters. The fight against the great corruption is not possible without a serious attitude and international mechanisms to counter it.”

The video recording of the event is available in Romanian here, and in English here.

The project “Increasing resilience to systemic kleptocracy in the Republic of Moldova” was implemented by IPRE between June 2021 and March 2022, in cooperation with the WatchDog.MD Community, and with the financial support of the Soros Foundation Moldova. 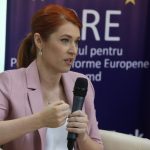 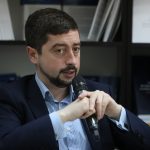 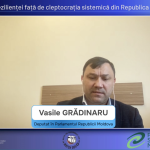