Home - Opinions - Moldova at the Summit of Democracy – an Island of Hope. Commentary by Iulian Groza and Mihai Mogîldea /// IPN.MD

Moldova at the Summit of Democracy – an Island of Hope. Commentary by Iulian Groza and Mihai Mogîldea /// IPN.MD 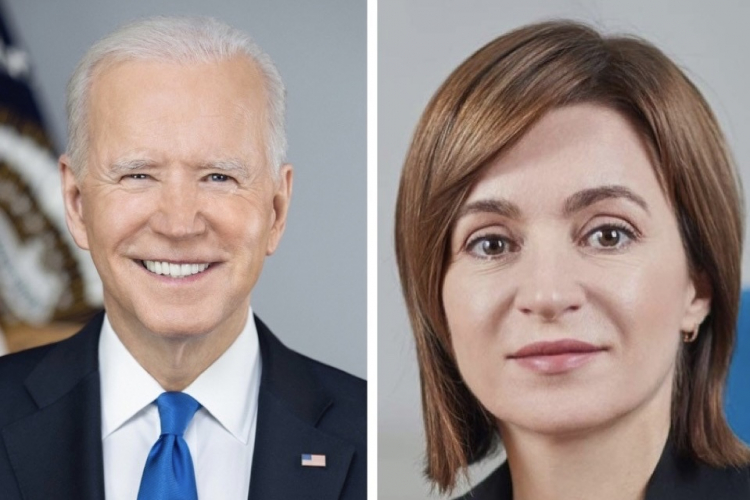 “[Democracy – …] lives in the proud Moldovans who helped deliver a landslide victory for the forces of democracy, with a mandate to fight graft, to build a more inclusive economy.” (Joe Biden, President of the United States, Remarks at the UN 76th General Assembly, 21 September 2021)
—

These days U.S. President Joe Biden is hosting the first Summit of Democracy, assembling over 100 world leaders. Moldova is represented by President Maia Sandu. What are the key expectations from the Summit and short to medium term priorities of Moldova-US strategic partnership? We will further introduce our perspective in this regard.

Priorities for the US support to Moldova’s democratic transformations

Cooperation between Moldova and the United States relies on a shared commitment to supporting good governance and the rule of law. While the United Stated has been a longstanding partner for Moldova’s transformation process, Chisinau’s governing elites have periodically undermined the potential for a more enhanced and multi-layered dialogue with Washington. Democratic backsliding and lack of reform will across the political leadership limited Moldova’s ambitions with regard to transatlantic cooperation for many years. Following the political changes brought by the recent parliamentary elections and 2020 presidential elections, the new authorities should use this momentum and develop a visionary policy toward the United States, aimed at addressing domestic and external challenges.

The recent visit to Chisinau by the administrator of the U.S Agency for International Development, Samantha Power, should pave the way for the upgrading of assistance to rule-of-law and anticorruption efforts in Moldova. In the short term, capacity-building activities and technical advice could strengthen the operational functionality of the prosecutor’s office and other investigative structures. The United States could enhance its institutional dialogue with the Office of the Prosecutor General and anticorruption bodies in Moldova. It could establish an institutional framework for continuous interaction and exchange of best practices with Moldovan counterparts. Asset freezes and recovery, especially with regard to bank accounts and properties held in the United States and other countries by Moldovan kleptocrats, could accelerate the investigation of the banking fraud and the return of stolen funds to the national budget.

U.S. support for the government’s initiative of vetting judges and prosecutors is another related short-term priority. Activating targeted personal restrictive measures under the U.S. Global Magnitsky Act against Moldovan fugitive kleptocrats and their associates could also be part of the international effort to speed up investigations of high-level corruption cases and international asset-recovery efforts.

Milestones of the US-Moldova strategic partnership for democracy

The democratic transformation in Moldova will depend on its resilience against external threats and challenges. Moldova’s security sector is still weak and incapable of responding appropriately to a wide range of hybrid threats, from disinformation to cyber or military ones. The country’s declared status of neutrality has restrained reform ambitions on security matters. Low spending on defense (around 0.5 percent of the GDP) and a sense of disinterest in building strong security institutions have characterized the low-profile political agenda in this field.

The United States, directly and through NATO, should intensify institutional efforts for a deeper partnership with Moldova in cyber security, intelligence, and military infrastructure. The modernization of the army through training, acquisition of military equipment, and exchange programs should be strengthened in the next years. The United States should pay particular attention to supporting the current efforts of the authorities to develop an inter-institutional early-warning mechanism against hybrid threats. Washington’s and NATO’s experience in building and operationalizing such a mechanism could be particularly useful. A group of experts could be deployed to Chisinau by the United States to instruct and advise Moldova’s institutions on conceptualizing, testing, and implementing this mechanism. Furthermore, the United States could increase direct budgetary support for the government in security and defense. The positive practices of strict conditionality and result-based assistance could generate a long-standing impact for Moldova’s still fragile security resilience.

Another potential area that requires U.S. assistance in the next two years is electoral reform and the implementation of Internet voting for the next parliamentary and presidential elections. The Central Electoral Commission has recently initiated the process to revise the Electoral Code, which should improve the transparency and fairness of electoral competition. There is overall support among the parliamentary majority for implementing alternative voting methods given the characteristics of the electorate, including the fact that many citizens reside abroad. Once the reform is voted by the parliament, the United States could assist Moldova’s electoral authorities to develop IT solutions with increased cybersecurity requirements, and to test the internet voting system.

Finally, the United States should consider launching a second Millennium Challenge Corporation program for Moldova as soon as the first results of the justice and anticorruption reforms start to emerge. The first program provided more than $260 million, mainly for infrastructure and agricultural projects. A second one could help the country’s sustainable development, promote a more resilient economy and, energy security, increase regional connectivity, and support the development of the education and health systems.

Moldova – an Island of Hope

In today’s world, which is affected by multiple crises and mounting challenges to democracy, Moldova is an island of hope following the recent developments that brought about a government with an ambitious anticorruption agenda, backed by a landslide parliamentary majority and a pro-reform President. Yet it needs today probably more than ever the upgraded, targeted, and tailored support of the United States and its EU partners in this process.

The Summit for Democracy provides a great opportunity for securing the country’s recent transformation process and to introduce key short-to-medium-term policy commitment aiming at rebuilding functional democratic institutions and implementing the justice and anticorruption reforms, which are expected to bring tangible results for citizens.

The Summit could also build upon existing regional cooperation formats and explore opportunities for increasing their outputs. For example, the recently launched EU Association Trio of Georgia, Moldova, and Ukraine has the potential to generate development and regional infrastructure strategic projects as well as to push forward the transformation process in these countries. Connecting the Trio to ongoing U.S. and EU strategic formats like the Three Seas Initiative should also enable long-term investment opportunities and sustainable economic development. The security dimension should stay at the very centre of this vision, while democratic resilience should be at the top of its expected results.
—

Iulian Groza is the Executive Director of the Institute for European Policies and Reforms (IPRE). He previously held the position of Deputy Minister of Foreign Affairs and European Integration of the Republic of Moldova.

Mihai Mogildea is the team leader of the Europeanisation Program, Institute for European Policies and Reforms. Mihai is a graduate of the master’s program in European Political and Administrative Studies of the College of Europe (Bruges).
—

This commentary is prepared within the project “We and Europe – Analysis of EU-Moldovan relations through innovative media and analytical products”, implemented by the Institute for European Policies and Reforms (IPRE), in partnership with IPN, Radio Chisinau, Zugo.md and with the support of Konrad Foundation Adenauer. The opinions presented in this comment belong to the authors. The commentary presents the main authors’ contributions to the article ‘What’s next for US Democracy Support in Central and Eastern Europe”, published by the German Marshal Fund of the United States on 7th of December 2021.