Home - Blog - “Unity through Diversity” vs “Division through Disinformation”

“Unity through Diversity” vs “Division through Disinformation” 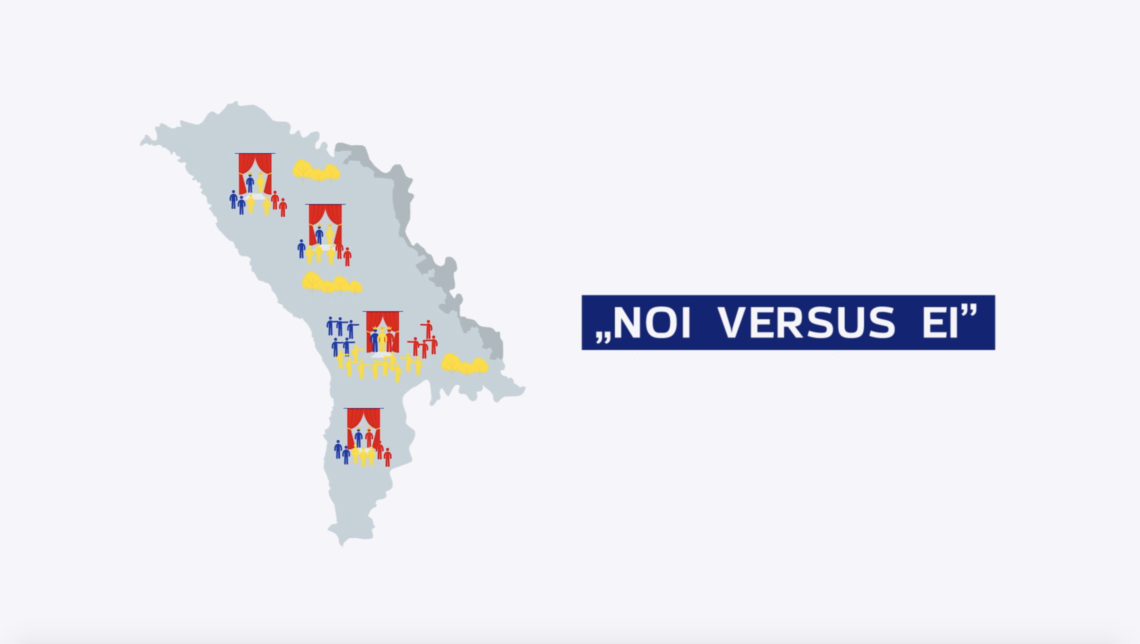 Considering the recent political context, some have anticipated the results of the early parliamentary elections in July. However, few would have imagined that a pro-European party would obtain a comfortable majority in the parliament with an unprecedented electoral score. Nonetheless, even in these elections there were political actors who spread fear and interethnic division. Fake news and hate speech were promoted. All this aiming at dividing the society and limiting the choice of citizens to choose freely and informed. Moldova enjoys a great ethnic diversity, which unfortunately has been and continues to be used by some politicians to divide, instead of contributing to greater inclusion and unity in the Republic of Moldova.

The division of society on ethnic or spoken language criteria is nothing more than a problem fueled essentially by politicians and kleptocrats who serve foreign interests in the Republic of Moldova. They use disinformation and inter-ethnic divisive narratives to divert citizens’ attention from the country’s unresolved systemic problems or from the frauds they commit.

Since its independence, the political discourse in Moldova has been monopolized by the geopolitical factor. Where is the country heading? To the West or to the East? Many politicians from left to right have used geopolitical cleavages and the identity or interethnic card to gain power. In the last parliamentary elections, the Action and Solidarity Party, registering a massive result of popular support, managed to overcome to a large extent these cleavages in society. However, especially in regions where ethnic minority groups are more numerous, pro-Russian or left-wing parties continue to attract most votes in elections. For example, in Gagauzia, the Electoral Bloc of Communists and Socialists (BECS) obtained 80.75% of the vote. It cannot be ignored the fact that in this region most citizens are Russian speakers and have a poor knowledge of the Romanian language, while the information space is strongly exposed to Russian media sources. In this region, the representatives of the BECS bloc actively promoted negative, geopolitical messages during the election period, distributed fakes such as that the Republic of Moldova would be in danger, and the EU and NATO would capture the country or that “Romanian tanks” would occupy the Republic of Moldova, if they were not elected. Such messages were also amplified through disinformation and propaganda actions broadcasted through Russian media sources affiliated to the Socialists.

Hence, beyond strengthening interethnic relations, several measures are needed at national level to prevent and fight disinformation and external, but also internal propaganda. Citizens of the Republic of Moldova, regardless of their ethnicity or spoken language, should have access to correct and credible sources of information and be helped to detect fakes, developing their ability to think and critically judge the information distributed in traditional and online media. To some extent these objectives are reflected at national level in the Strategy on Information Security (2019-2024) and in the Strategy on strengthening interethnic relations in the Republic of Moldova (2017-2027). However, there are few actions taken in practice. The detrimental influences of political parties, the more sophisticated disinformation actions, the pandemic have greatly limited the possibility of taking measures that will truly have a positive and measurable impact.

Today, more efforts are needed from the Parliament, the Information and Security Service, the Audiovisual Council and other authorities to secure the information space of the Republic of Moldova. On the other hand, the Ministry of Education, Culture and Research and the Agency for Interethnic Relations should further update their policy measures to improve the effort to strengthen interethnic inclusion, including the implementation of special programs of teaching Romanian language for representatives of ethnic groups.

Strengthening interethnic relations should generate more opportunities for cooperation and implementation of policies aimed at addressing the real problems of the country that the society at national, local or community level is facing. The practical application in the Republic of Moldova of the European principle – “Unity through Diversity” could help to overcome the cleavages that are still exploited by some politicians. Each of us, regardless of the ethnicity or language spoken, political or public service background, businesses, farmers, or civil society, has a key role to play in contributing to the development of an inclusive society in the Republic of Moldova based on principles of democracy and the rule of law.