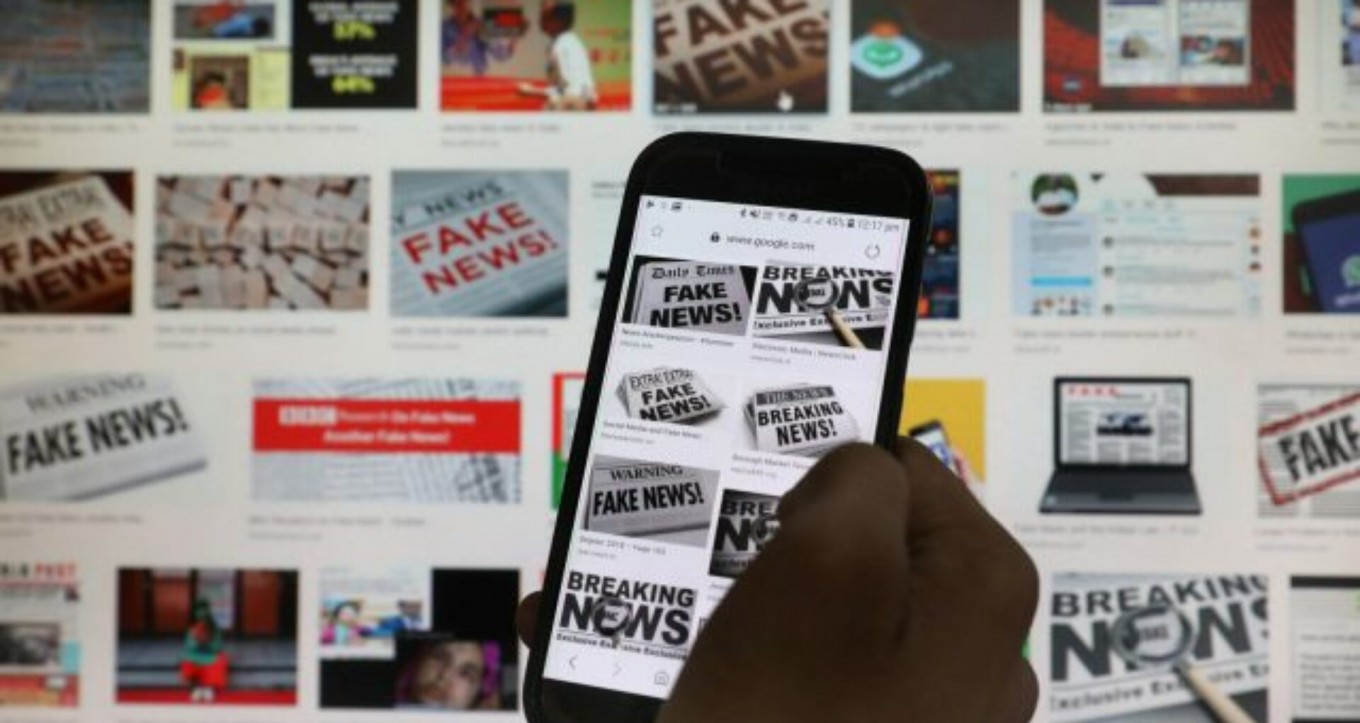 Disinformation is the use of disinformation techniques, especially the media, for misleading, hiding and replacing facts. The main elements of disinformation are: denial of facts, inversion of facts, mingling of lies and truths, modification of the reason and source of information and generalization. Society should have the capacity to develop critical thinking and to differentiate between false sources and genuine sources. As other countries of the region, Moldova is vulnerable to disinformation and this fact was primarily seen in the period of the pandemic, when internal and external players contributed to the distribution of false messages. The subject was discussed by experts invited to the public debate “Role of the mass media in fighting disinformation” that was organized by the Institute for European Policies and Reforms (IPRE), IPN reports.

According to Iulian Groza, IPRE executive director, disinformation is the preoccupation of many players in Moldova, given that the country has been exposed to different types of external interference during many years. Disinformation has two faces. One of the faces is the external propaganda that disseminates nonobjective information. In the Republic of Moldova, this information is associated with Russian media outlets. As regards the internal aspect of disinformation, this is related to the way in which the media often use particular information to change facts and to manipulate. These media sources serve the interests of particular political and economic groups and of their owners. “In the Republic of Moldova, the independent media space is rather narrow as there are many media outlets that are controlled by different kleptocrats from the country,” stated Iulian Groza.

The IPRE, as a research institute, is preoccupied with disinformation and, together with mates, combats fake news, often replacing the activity of the responsible authorities that should focus on this area. There are also media outlets that make effort to fight fake news. “The IPRE tries to gather together these efforts and to analyze the institutional, legal framework, authorities’ capacities and how the national authorities can join forces with the non-governmental entities. This motivated us to engage the young people in this. The IPRE aims to stage more workshops to empower the young people and to multiply the efforts to fight disinformation. Even if there are many players engaged in this sector, in the fight against disinformation, it is very hard, primarily when disinformation is stimulated from outside politically and financially,” he stated.

WatchDog.MD Community head Valeriu Pașa said the Republic of Moldova has a poorly developed framework as regards the fighting of disinformation, but it is worse when the existing legislation that regulates the circulation of information in the audiovisual sector is intentionally applied to the detriment of public interest. “There is only one specialized institution (Audiovisual Council) that should watch over the correctness of informing and implementation of journalistic standards, maintain the sociopolitical balance and the balance of opinions and ideas in the audiovisual sector. But it is an institution that can easily compete for the first place by moral degradation in the attitude to the country’s citizens,” he stated, noting that this institution has permanently declined the past ten years, becoming the exponent of political interests, a cudgel against the independent media outlets, an instrument for protecting the media outlets that are affiliated politically to those from power from the implementation of the law.

According to Valeriu Pașa, it is not right to blame only a limited number of media outlets for disinformation, fake news, manipulation and the conspiracy theories circulating in Moldova. “Some appear without having a well-defined purpose. A person from the country or from outside, out of ignorance, but with the best intention, because of lacking knowledge in a particular area, draws incorrect conclusions, argues them and distributes them in the public sphere all over the world. This way disinformation spreads. This refers primarily to scientific aspects. There are also websites that distribute fake news and that aim to attract readers to the site and this way gain money from advertising. There are thousands of such websites in the world and they are also widely used in Moldova”.

Throwing ideas, conspiracies aimed at persuading more people to abide by values and ideas coming from outside the country is another disinformation method. “It goes to the propaganda of the Kremlin that wages an information war against the Western regions and countries with the aim of spreading influence in the post-Soviet area and of generating division inside Western alliances. A large part of the content enters Moldova, being amplified by local players. This propaganda is supplemented by propaganda disseminated by ultraconservative movements, like the supporters of Donald Trump, who deeper enter Moldova through the Russian speaking supporters and also through Romanian speaking supporters, through Romania. Now they started to concentrate around the AUR party. Inside the country, there are many sources of disinformation that pursue first of all political goals. It goes to a group built around the PSRM, which invents stories and then amplify the messages and distribute them through the affiliated press,” stated Valeriu Pașa.

Anghelina Gaidarji, journalist of the news portal TUK Moldova based in Taraclia, noted that the citizens from Taraclia, who are Russian speakers, consider that what the news websites, TV channels and the press distribute is true. “Regrettably, the Russian speaking audience is not integrated into Moldovan society. They do not look at and do not inquire about the problems existing in Moldova as most of the citizens watch Russian TV channels, living the life of another state. In private discussions, they most often remember Vladimir Putin and Maia Sandu,” she stated.

According to the journalist, the problem appeared not only because the people do not want to make a difference between truth and lie, but also because they do not have an alternative. “Today, regrettably, there is no channel that would broadcast information fully in Russian and would be watched by most of the Russian speakers and these would obtain correct information through this. It is easier to believe lies and that lie, in the opinion of those who believe it, should be disseminated swiftly as “it is something terrible that can affect the population”.

Anghelina Gaidarji also said that during the past two years, TUK Moldova has fought disinformation from the front line. “Our main activity is to tell the people the truth and to show to them where correct information can be taken form. Now, TUK Moldova implements a project centering on disinformation as part of which a local or national lie is analyzed and the people are shown where there is lie, manipulation and disinformation,” she said, noting it is very hard to fight such giants as the Russian federal channels or central Moldovan TV channels when the people already have impressions that have been shaped during tens of years by these channels. “However, with small steps we will achieve success and will teach the audience to think critically, to verify information and the sources,” stated Anghelina Gaidarji.