Home - IPRE in the Media - Internet voting – a necessity for the Republic of Moldova. Commentary by Victor Guzun /// IPN.MD

Internet voting – a necessity for the Republic of Moldova. Commentary by Victor Guzun /// IPN.MD 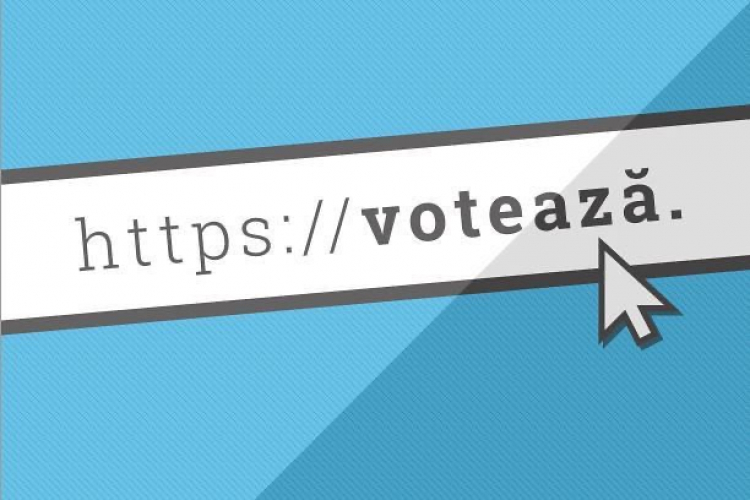 ”The need to provide citizens with an alternative and reliable voting solution, wherever they are, is essential. At the same time, it is natural that voting over the Internet, like any new solution, could be viewed with certain hesitation. However, there are sufficient arguments to challenge these fears, and potential risks of the gradual implementation of the online vote being manageable, in particular as the necessary elements for its implementation already exist in the Republic of Moldova…”
—

The times we live in are very different from what was common even two years ago. About one million fellow citizens live permanently or temporarily outside the country, but at the same time, they can chat in online video conferences with those left at home at any time, free of charge, from any location in the world. Virtually every person has a bank account where they receive their salary. Online transfers have become a routine practice, or one can order online any product from any country. We can sign any document with one of the digital authentication mechanisms and send it to anyone instantly, the qualified advanced digital signature having the same legal value as the handwritten signature in the Republic of Moldova since 2014.

Basic knowledge about the use of online tools has become strictly necessary life skills and modern technologies are available to most citizens. The pandemic crisis has shown that many processes in various fields can be transferred online, including business activities, education, sales, communication, public participation, banking. Using technologies is becoming increasingly efficient, secure and widespread. Moreover, online tools have proven to be very fast, save a lot of human, financial and time resources, simplify the lives of citizens, business and state institutions, allows you to work 24/7, increase decision-making transparency and reduce the risks of corruption. These metamorphoses are extremely dynamic and many of the processes can be relatively easily transferred online, including voting in elections.

The state must ensure that every citizen can cast its vote

The first paper ballots appeared in ancient Rome, twenty-one centuries ago. Today, in the age of digital technologies and instant data interaction, the Republic of Moldova continues to use them as the only means of voting. All life processes have undergone systemic changes with the use of technologies, including many processes related to voting, not the voting procedure itself. We are used to and trust electronic electoral lists. Electoral officials in polling stations identify voters online and control if they have not voted previously. The results of the votes are sent to the CEC in online format. The tabulation of the results of thousands of polling stations takes place by electronic means and the election results can be viewed a few hours after the closing of the polling stations, this being dependent only on the speed of physical counting of ballots.

At the same time, hundreds of thousands of people continue to have enormous difficulties in exercising their right to vote, having to travel hundreds or even thousands of kilometres to reach a polling station, to bear considerable time and financial costs, to wait for hours in rows, in the middle of the street, and in some cases after all this effort, fail to vote.

Multiple categories of people have limited access to the voting exercise on election day, including people with special needs, travelers, students. As a result, these persons cannot exercise one of their principal rights. A considerable proportion of citizens will continue to remain outside the voting exercise and the democratic representativeness of the elected representatives will not reflect the actual voting option. It is the direct responsibility of the state to ensure equal voting conditions for all its citizens. But it is also obvious that the Republic of Moldova cannot afford to open enough additional polling stations outside the country, in every country, region or locality where they live.

Internet voting is a simple, efficient, cheap and safe voting method, which is functional in several countries, including the USA, Mexico, Australia, New Zealand, Armenia, Canada, Switzerland open on a case-by-case basis for the diaspora, non-country military personnel, diplomats, some types of elections.  Estonia has been using the internet voting in all types of elections since 2005. Voting can be cast from any location with an internet connection in minutes. Of course, in all these states online voting is and will remain only one of the voting options. While its implementation is always gradual and gradual, starting from the wide information of citizens, the analysis of all risk factors, the prior testing of systems before being used in electoral polls, the opening of the authorities to explain all the processes related to online voting.

The practice of all states shows that several election cycles are needed for this voting method to become a habit and normality. It is normal for a society to have hesitations about the security of the online vote, but it is up to the specialists in the field to respond to them. Yes, there are hypothetical risks, just like in any other voting method, but these risks are controllable, which is confirmed by the international and local technical teams, including in the Central Election Committee. Arguments that online voting can be influenced or purchased is groundless as it is also providing for the possibility to vote online multiple times and only the last vote will be valid and counted. In addition, any in-person voted casted in a polling section will cancel the online vote, thus guaranteeing the priority of the in-person vote, in the traditional polling stations. In Switzerland or Estonia, since 2003 and 2005 respectively, no one has managed to compromise the internet voting system or at least one online vote.

The prerequisites for internet voting exist, but political will is needed

Today, the Republic of Moldova has a unique opportunity to implement internet voting, having in place virtually all the necessary related infrastructure: (1) digital authentication tools, (2) inter-database connectivity and security, (3) technical legal framework. There is also openness of the CEC, the Electronic Governance Agency and other state institutions in the development of this system. We also have a much better understanding of the society about the functioning of online voting.

The introduction of internet voting is inevitable in most states and the Republic of Moldova is no exception. However, we need more political will in implementation, an understanding that this system is secure, and it does not favor any political actor, offering to all citizens the chance to participate in elections, wherever they are. Internet voting is 10% technology and 90% political will, based on trust in the authorities implementing it and a broad information campaign.
—

Victor GUZUN is an e-transformation and public administration reform expert at the Development Initiatives Laboratory (LID Moldova). He runs a consulting company in Estonia and is an independent consultant in several international projects.
—

This Commentary is prepared within the project “We and Europe – Analysis of EU-Moldovan relations through innovative media and analytical products”, implemented by the Institute for European Policies and Reforms (IPRE), in partnership with IPN, Radio Chisinau, Zugo.md and with the support of Konrad Foundation Adenauer. The opinions presented in this commentary belong to the authors.