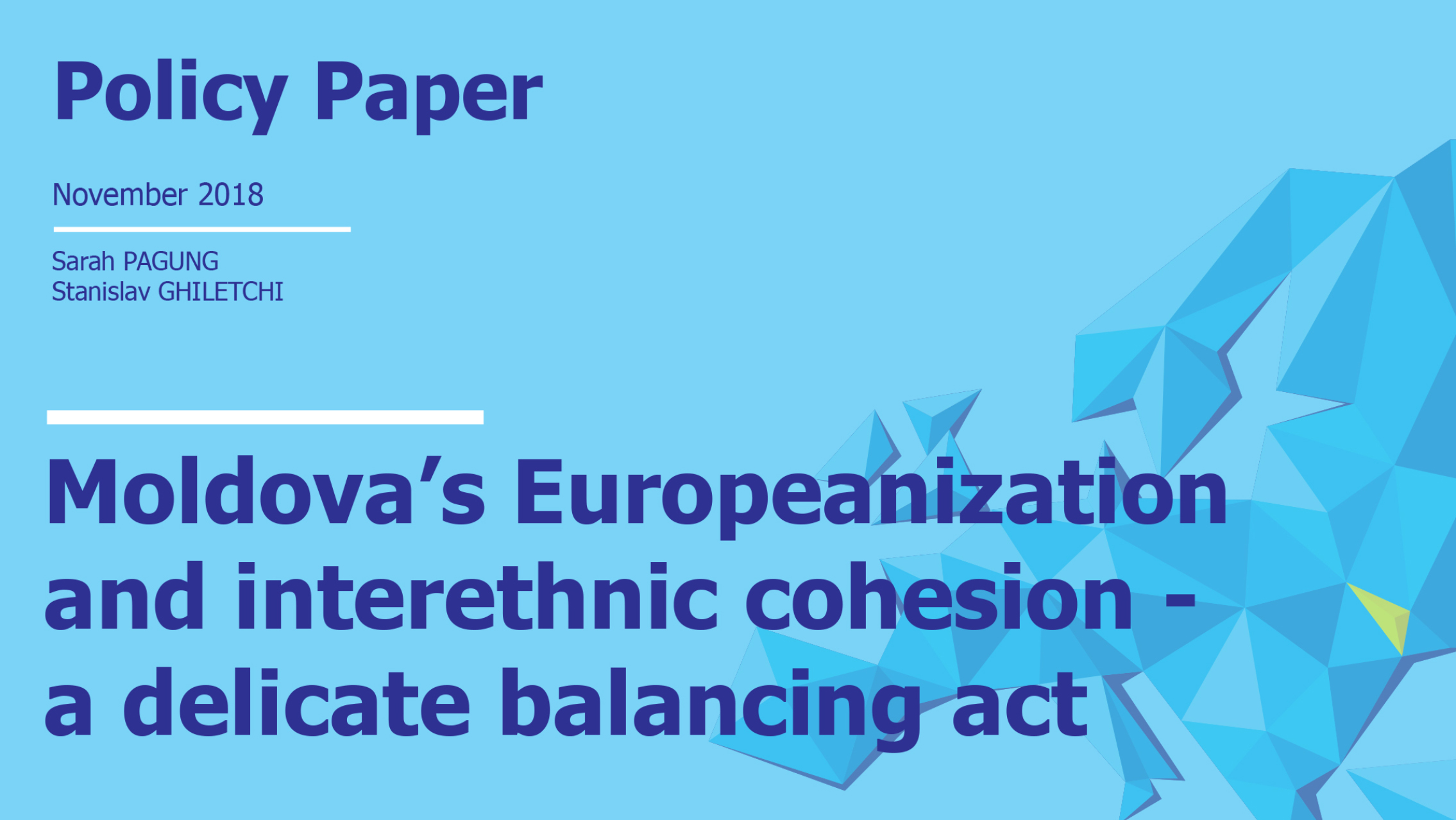 The pro-European parties in Moldova enjoy only minimal support (2%-6%) from Ukrainians, Russians, Gagauzians or Bulgarian ethnic groups. On the other hand, support for pro- Russian parties among these ethnic groups ranges from 54% to 74%. The result is that Moldovan society is increasingly polarized along ethnic lines. This is one of the main obstacles for the country’s further development. Ethnic polarization further increases the vulnerability of Moldova’s young democracy, which already suffers from growing concentration of power and rapidly eroding trust in government. In the face of this reality, political actors offer two diametrically opposed geopolitical responses: either to solidify Moldova’s European integration or to cancel the Association Agreement with the EU and push the country into the Eurasian Economic Union.

The general parliamentary elections in February 2019 are expected to be a battle of “us versus them” rather than a competition over which policies would best develop the country and rebuild trust with Moldovan citizens after years of unfulfilled promises.

The worry and unease regarding polarization occurs when divergences become aligned within camps with mutually exclusive identities and preferences. Pro-Russian views are expressed not only by Russian ethnics but also by Ukrainians, Bulgarians and Gagauzians. This alignment along single dimension has created destabilizing political swings over the past of 27 years of Moldova’s independence. The people of Moldova have suffered enough from division and polarisation. If politicians are unwilling or unable to compromise in order to bring the country together, the political divide will gradually grow to the point where it may be too late to do much about it.

The biggest challenge for the European integration narrative in Moldova is, in fact, that the EU has become part of the societal rift. It is time for the political establishment to realize the dangers of their public discourse. It is one thing to have disagreements regarding EU integration. It is another to exploit them in order to feed grievances and exacerbate tensions between different ethnic groups. The division of society along a single dimension such as ethnicity/language is a worrying development that can lead to tensions and endanger the peaceful coexistence of different groups.

Geopolitical divisions over East versus West will continue to provoke heated debate. But whatever their narrow geopolitical interests, Moldovan political actors should focus on the shared priority of improving the lives of Moldovan citizens. While differences about policies are an inherent part of any democratic society, the exploitation of grievances between different ethnic groups is not. The goal of the debate is not to have everyone agree on a specific issue, but to foster national consensus. The debate about the future of the country should not be between the majority ethnic group and the national minority, but rather among citizens of the Republic of Moldova. People in Moldova want to live in peace with one another and, generally, they do. But some of them are worried about the impact of Europeanization on the activities that make up their daily lives, from growing fruits and vegetables and selling them on the market to receiving education in their native language to having their culture and values respected. Identity wars do not bring added value and should have no place in the Moldovan society. Dialogue and engagement, on the other hand, have a transformational potential.

The Association Agreement with the EU offers the possibility for modernization of the entire society. It is the roadmap towards democratization and development of Moldova. And rather than focusing on which union to join, the ruling elites should enact policies that will increase the integrity of the judiciary, restore public trust in state institutions, improve the efficiency of healthcare, bring innovation into the classroom, and rebuild and expand roads and bridges.

The norms of public discourse employed by politicians must be rewritten and the futile practice of parties focusing on geopolitics rather than programs and polices of modernization must be abandoned. It is hard work. It will not be easy. But the effort is worth the great prize: saving democracy in Moldova.