The Conference was opened by Funda Tekin, the IEP Director, in  her welcoming speech she underscored the civil society’s role in consolidating dialogue between  various ethnicities. In turn, Vladislav Kulminski, the IPIS Executive Director, and Iulian Groza, the IPRE Executive Director, highlighted  current problems and issues of the Moldovan society and the causes that had led to split in the society.

Head of the EU Delegation to the Republic of Moldova, Ambassador Peter Mihalko addressed the Conference with a speech pointing out the importance of ethnic minorities in  consolidation of a state. In her address, the newly appointed Ambassador of Germany to Moldova, Angela Ganninger,  gave numerous examples from EU experience where multiculturalism poses no impediment to development.

In the first panel of the conference moderated by Andrei Popov, the IPIS President, the speakers were Oazu Nantoi, Program Director of the Institute of Public Policies (IPP), Olga Goncharova, the Chairperson of the Republic of Moldova’s Peoples’ Assembly. Serghei Pirozhkov, Vice-president of the National Academy of Sciences in Kiev and the  former ambassador of Ukraine to Moldova, presented the findings of a study of society consolidation in Ukraine. The participants of the panel  discussion spoke about the stance of interethnic relations in Moldova, about key challenges (socio-economic, educational and media), as well as solutions and approaches to provide for better integration of ethnic communities and improve social cohesion in the Republic of Moldova.

In the second panel of the conference moderated by Iulian Groza, the IPRE Executive Director, the speakers were Nicolae Cheles, Coordinator of the Youth for Solidarity Platform,  Alexei Tulbure, political analyst, former RM ambassador to the United Nations, and Virgil Pislariuc, activist, historian, professor of the Moldova State University. The participants and speakers identified major challenges in the interethnic dialogue, the means and actors to support implementation of consistent measures to successfully resolve the challenges, as well as practical programs which could serve links for connecting ethnic communities, and the role of European partners.

The Conference was organized as part of the ‘Promotion of civil society and interethnic dialogue in the Republic of Moldova in the context of association with EU (CIVID)’ Project implemented with the support from the Federal Ministry of Foreign Affairs of the  Federal Republic of Germany.

The project will be implemented for 11 months and it aims to improve social harmony, at regional level by encouraging public discourse and development of public policy proposals for integration of ethnic groups, as well as by supporting  the implementation of the National Strategy of consolidating interethnic relations in the Republic of Moldova. The planned activities include public debate, workshops and TV debate in regions such as in Soroca and Taraclia. By the completion of the project experts will come up with policy recommendations for improving the legal framework for ethnic minorities integration. 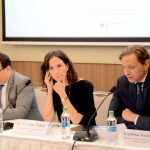 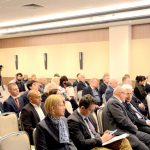 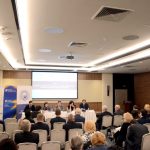 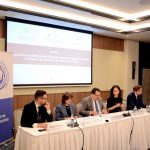