Home - Press Releases - The main conclusion of the Cahul public debate: “It’s time to focus on what unites us, not what divides us”

The main conclusion of the Cahul public debate: “It’s time to focus on what unites us, not what divides us”

The event took place at the “Bogdan Petriceicu Hasdeu” State University in Cahul and was attended by representatives of academia and local public authorities, foreign and local experts, representatives of national minorities in the region as well as representatives from civil society organisations. The opening panel featured the following speakers: Oleg Danilceac, deputy dean of the “Bogdan Petriceicu Hadeu” State University in Cahul, Sergiu Conovalu from the Office of the OSCE High Commissioner for National Minorities and Nicolae Dandis, Mayor of Cahul.

In the first panel of the debate, which was moderated by Iulian Groza, IPRE Executive Director, the speakers discussed several topics related to the phenomenon of integration of national minorities, a process that is in a permanent state of tension between the process of identity construction and its loss. At the same time, the participants discussed the main challenges of the process of integrating different ethnic groups and creating a sense of civic identity in the Republic of Moldova, as well as ensuring a high degree of tolerance in society.

In the second part of the event, Sergiu Constantin, Researcher at the Institute for National Minorities in Italy, spoke about the process of integrating different ethnic and linguistic groups, which could be a first step towards creating a national identity. Thus, the expert has stated that in order for such an effort to be successful it is important to ensure equal principles for everybody, so that all citizens feel safe and experience no pressure from the majority group, regardless of their identity.

In addition, several viewpoints regarding the situation in the southern part of the country were offered by Mr. Ruslan Stanga, Executive Director of the Institute of Rural Initiatives, Mr. Andrei Popov, President of the Institute for Strategic Initiatives and Mr. Vitalie Ponomariov, Coordinator of the EU Information Centre at “Bogdan Petriceicu Hadeu” State University in Cahul. The experts spoke about the greatest challenges in the process of stimulating the consolidation of a nation that would be able to cope with negative internal and external factors.

At the end of the public debate, participants made a number of proposals that shall be taken into consideration when developing a set of recommendations by experts from IPIS, IPRE and IEP, which shall be transmitted to national authorities at the end of the project.

Following the event, experts participated in a TV debate on the same topic, which was moderated by Mr. Vitalie Gutu and broadcasted on Privesc.eu. The TV show can be watched here. Also, the recording of the debate hosted at “Bogdan Petriceicu Hadeu” State University in Cahul can be found here. 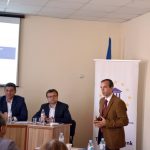 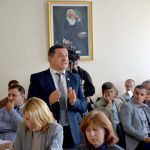 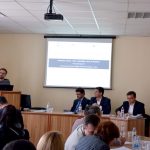 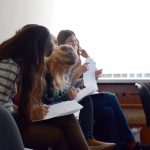 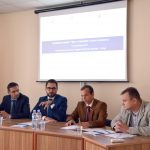