This town hall debate touched on several aspects regarding strengthening of cohesion amongst the ethnic groups in the process of civic identity building in the Republic of Moldova.

The first panel of the debate was moderated by Iulian Groza, IPRE Executive Director and the topics discussed tackled the following questions: is Europeanization a positive factor in stimulating the nation’s construction process? What are the main challenges for the European Union in working with the Moldovan authorities on the integration of minorities? Is it possible to identify this pragmatic approach of “living together” which will produce a sense of belonging, but one that will ensure a high degree of tolerance towards difference and plurality?

In the second part of the event, Ewa Chylinski, Regional Director at the European Centre for Minority Issues and Council of Europe Expert, presented a new approach which supports the idea of people absorbing new and different layers of identity without having to leave or forget their own heritage. To support her thesis, the expert has brought the example of Georgia, which managed to successfully implement several initiatives on the integration of national minorities.

Also, several view points regarding the situation in the northern region of the country, were offered by Ms. Olga Goncearova, Chairman of the Assembly of People of Moldova, Mr. Andrei Popov, President of the Institute for Strategic Initiatives, Ms. Veronica Savin, Coordinator of Pro Europa Center Balti and Mrs. Lidia Padureac, Head of the Department of Socio-Human Sciences and Social Assistance, USARB.

At the end of the public debate, participants made a number of proposals that shall be taken into consideration when developing a set of recommendations by experts from IPIS, IPRE and IEP, which shall be transmitted to national authorities at the end of the project.

Following the event, experts participated in a TV debate on the same topic hosted by a local TV station BTV Balti. The debate can be watched here:

The project “Consolidating National Identity in the Republic of Moldova in the Context of Association with the European Union” is planned for 10 months and has the goal of contributing to improvement of the social harmony in the Republic of Moldova by promoting and encouraging public debates regarding national identity, integration of minorities and modernization of the Republic of Moldova in the process of approximation with the European Union.  Among the proposed actions, there are public debates, workshops and press clubs in the regions of Balti, Cahul and Comrat.  At the end, experts shall propose a series of recommendations on improving the legal framework regarding integration of minorities and development of national identity. 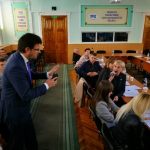 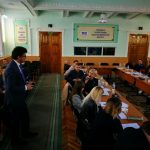 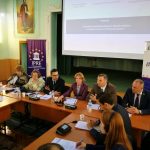 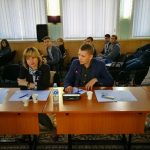