Home - Press Releases - IPRE Public Debates: Civic identity in the Republic of Moldova has to be consolidated, at the same time maintaining the specific identity and cultural heritage of the ethnic communities in the country

IPRE Public Debates: Civic identity in the Republic of Moldova has to be consolidated, at the same time maintaining the specific identity and cultural heritage of the ethnic communities in the country

The event took place at the Comrat State University with participation of representatives of the academic environment and public authorities of UTA Gagauzia, foreign and local experts, representatives of national minorities in the region, as well as representatives of the civil society.  А number of aspects was addressed within the debates regarding challenges and opportunities for consolidating the civic identity in the Republic of Moldova by integrating ethnic groups in social-politic and economic processes in the country.

The first panel of debates moderated by Andrei Popov, IPIS chair, raised a number of issues and problems faced by ethnic communities in Gagauzia and the south of the country in the light of geopolitical tendencies, which have led to polarization of the society.  Thus, experts in the field have come to a conclusion that one of the main tasks is to develop an approach that would allow citizens to embrace a common civic identity, at the same time maintaining their own ethnic identity and cultural heritage.  This approach to “living together” shall shape the feeling of belonging to a larger community, at the same time offering a significant level of pluralism and acceptance of diversity in the society.  Also, a vision on the situation in UTA Gagauzia was shared by Maria Ianioglo, Dean of the National Culture Department, Comrat State University, Serghei Anastasov, mayor of Comrat Municipality, and Ecaterina Jekova, chair of the Committee for Foreign Relations of the People’s Assembly of Gagauzia.

The second panel dedicated to discussions on the influence of the process of approximation to the EU on the system of values and self-image in the society included addresses by Iulian Groza, IPRE Executive Director, Ludmila Mitioglo, Director of “Pro-Europa” Center in Comrat,  Julien Danero Iglesias, Belgian political scientist and affiliate researcher in Sociology at the University of Glasgow and Adam Gniazdowski, representative of the EU Delegation in the Republic of Moldova.

Debate participants discussed the effects and results of the process of association with the EU in terms of protection and integration of ethnic communities, as well as whether this process could become a factor that would unite the Moldovan society.  Also, foreign experts talked about the opportuneness of the Europeanization process in promoting country consolidation, as well as about the main challenges for the EU in the process of cooperation with the Moldovan authorities regarding inclusive society promotion.

At the end of the public debates, participants made a number of proposals that shall be taken into consideration when developing a set of recommendations by experts from IPIS, IPRE and IEP, which shall be transmitted to national authorities at the end of the project.

Following the event, experts participated in a TV debate on the same topic hosted by a local TV station ATV Comrat.  The show can be watched here:

The project “Consolidating National Identity in the Republic of Moldova in the Context of Association with the European Union” is planned for 10 months and has the goal of contributing to improvement of the social harmony in the Republic of Moldova by promoting and encouraging public debates regarding national identity, integration of minorities and modernization of the Republic of Moldova in the process of approximation with the European Union.  Among the proposed actions, there are public debates, workshops and press clubs in the regions of Balti, Cahul and Comrat.  At the end, experts shall propose a series of recommendations on improving the legal framework regarding integration of minorities and development of national identity. 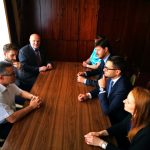 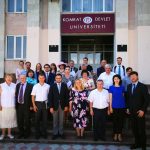 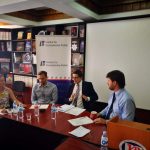 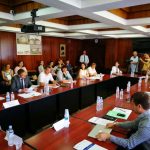