During the first panel of the Conference the floor was taken by H.E. Pirkka Tapiola, Head of the European Union Delegation in the Republic of Moldova, Vera Petuhov, Deputy Director of the Bureau for Interethnic Relations, and Pascal Bonnard, Expert of St. Etienne University from France, who tackled the topic of enhancing an inclusive state and society in Moldova, as well as the common agenda for the Government. At the same time, the participants of the discussion talked about the main impediments to be settled in the Republic of Moldova to build an inclusive society, but also about how the European Union can contribute to building such a society.

During the second panel the floor was taken by Nicolai Oleinik, President of Ukrainians’ Community in Moldova and Mihail Sidorov, Member of the Coordination Council of Russian Communities, who talked the problem of enhancing the common identity of the country. The guests attending the event also discussed about how a positive vision regarding the inclusive state in the Republic of Moldova can look like, what the fundamental elements of an inclusive identity are, but also about the role of the nongovernmental organizations and minorities’ organizations in this process.

The speakers during the third panel of the discussions were H.E. Daniel Ioniţă, Ambassador of Romania in the Republic of Moldova, H.E. Artur Michalski, Ambassador of Poland and H.E. Matyas Szilagyi, Ambassador of Hungary in Chisinau, who talked about the experience of the European states regarding the national identity and integration of national minorities in state’s consolidation.

The conclusions and recommendations of the Conference were made during the last panel, during which the floor was taken by Michael Scanlan, Head of the OSCE Mission in Moldova and Vladimir Ţurcan, Chair of the Standing Committee on Human Rights and Interethnic Relations of the RM Parliament. As well, Prof. Dr. Mathias Jopp, Director of the Institute for European Policies from Berlin, mentioned about the importance of the multicultural diversity in which the Republic of Moldova lives, pointing out the need of identifying a national identity, and that the inclusion and integration of minorities should become a key point for building a strong and prosperous state.

The event was organized within the Project “Strengthening the national identity of Moldova within the EU association process”, carried out with the support of the German Federal Foreign Office.

The “Strengthening the national identity of Moldova within the EU association process” Project will last for 10 months and aims to contribute to improving the social harmony in the Republic of Moldova by promoting and encouraging the public speech regarding the national identity, minorities’ integration and modernization of the Republic of Moldova in the process of getting closer to the European Union. The envisaged actions include public debates, workshops and press clubs in such regions as Balti, Cahul, and Comrat. At the end, the experts will come up with a number of recommendations for improving the legal framework regarding the integration of minorities and development of national identity. 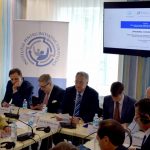 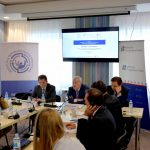 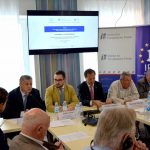 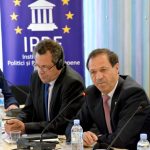 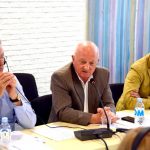