The European Union comprehensible by journalists

The Institute for European Policy and Reforms (IEPR) has held on September 26, a training seminar entitled “The Role of Mass-Media in Monitoring the Implementation of the RM-EU Association Agreement.” The seminar was attended by journalists, specializing in European integration, from both the capital and other regions of the country.

The purpose of the seminar is to increase the awareness of the citizens and civil society on the importance of the Association Agreement for the Republic of Moldova, by enhancing the knowledge of journalists on its role.

During the event, experts from the Institute for European Politics and Reform (IEPR) have provided the participants with additional details on the RM-EU Association Agreement, the manner of its implementation and monitoring mechanism. At the same time, the journalists have learned how a public policy is made, what the stages of EU enlargement are, the conditions of accession and the legislation that should be aligned. Special attention was drawn to the current stage of the Republic of Moldova in the process of European integration. The details on the financial assistance by the European Union for the Republic of Moldova were also presented.

At the end of the seminar, on the occasion of handing the participation certificates, the representative of the Slovak Embassy in Chisinau, Mr. Peter Tomasek, mentioned the importance of accurate and objective information dissemination among the citizens on the RM-EU Association Agreement implementation progress. “Such projects are of particular relevance for us, including in the light of recent experience of Slovakia in the European integration process”, added Mr. Peter Tomasek.

We remind that the seminar is part of the project “Monitoring the Implementation of the RM-EU Association Agreement”, implemented by IEPR with the support of Slovak Aid – Official Assistance in the Slovak Republic Development. 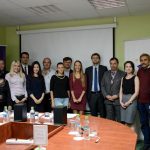 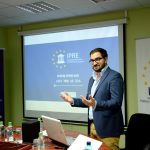 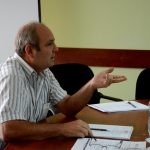 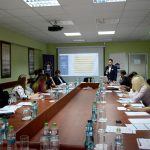