Home - Opinions, Publications - The new security mandate of the Security and Intelligence Service is necessary, but it must benefit from an effective control mechanism. Op-Ed by Mihai Mogîldea

The new security mandate of the Security and Intelligence Service is necessary, but it must benefit from an effective control mechanism. Op-Ed by Mihai Mogîldea 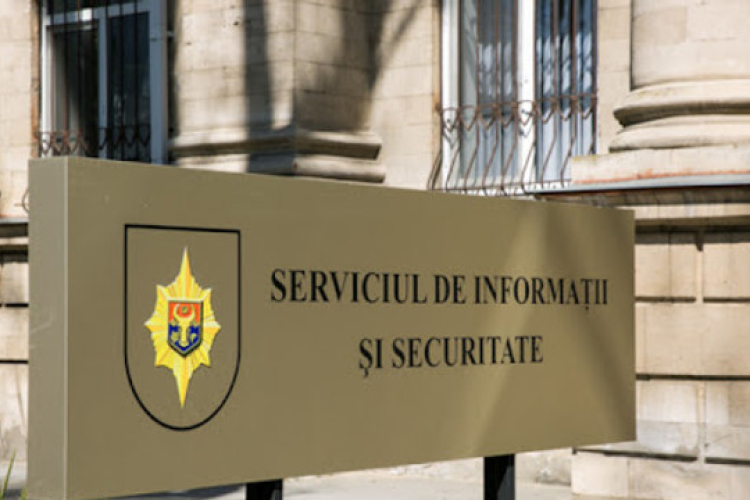 The importance of a draft law that can help SIS to strengthen its main function and activity is dictated by the security context at regional and national level, where we can attest to imminent and systemic risks to national security. However, even if under pressure of time and urgent results, Parliament and the governmental institutions must ensure the provision of balanced monitoring and control mechanisms that will not allow potential abuses...

Although the need for legislative changes to strengthen SIS’s role in preventing and countering internal and external threats to the security of the Republic of Moldova cannot be questioned, the current drafts must be improved in order to comply with the recommendations of the Venice Commission, in particular, referring to the control mechanisms for ensuring the legality and procedures of the intelligence and counterintelligence activity to avoid potential abuses.

According to the informative note that accompanies the bill, its aims to delimit the competences of the SIS and adjust them to the standards of the special services in democratic countries, but also to accommodate the activity of SIS to the dynamics of risks and threats with impact on national security. The note also points out that, in the absence of legislative provisions that would define the principles and procedures for carrying out the external counterintelligence and informative activity, SIS can carry out only special investigative measures, which do not fit the task of ensuring the security of the state.

Under these conditions, the SIS would today have limited leverage to analyze, prevent and combat the systemic attempts to destabilize the security of the Republic of Moldova, which are being developed today by the Russian Federation as part of the hybrid war against the Republic of Moldova. One of the reasons is related to the procedures necessary for authorizing special investigative measures and the need to coordinate them with other institutions, such as the Prosecutor General’s Office. According to SIS, these aspects limit the institution’s ability to carry out activities of tracking, spinning and intercepting persons who are suspected of carrying out espionage activities, incitement to violence, separatism or non-compliance with public order.

The risks arising from the current provisions of the draft law

The main criticisms of the draft law during the public consultations concerned the authorisation procedures for counterintelligence measures. Thus, the draft law provides that these measures may be authorized both by the director of SIS or the deputy director specially empowered, but also by judicial mandate. In the case of measures authorised by the management of the SIS, presented as less intrusive in the private lives of individuals, the control mechanisms outside SIS are not clearly defined. Possible abuses, which could be committed by a malicious management of the institution, could be investigated post-factum by the Prosecutor General’s Office, based on complaints filed by persons whose rights could have been violated.

The draft law provides for four control mechanisms, targeting (1) the Parliament, through the subcommittee for exercising parliamentary control over the activity of the Information and Security Service, (2) the Prosecutor General’s Office, (3) the internal evaluation within the SIS and (4) the magistrates.

At the political level, the control exercised by Parliament through the subcommittee created in February 2022 is practically non-existent at this time. According to public data, the subcommittee did not meet and did not communicate about the results of the monitoring and evaluations carried out vis-à-vis the SIS. With the vote on this draft law, the subcommittee will hear and examine the annual report on the counterintelligence and informational activity of the SIS, being mandated to provide recommendations to the institution. The report submitted to the subcommittee may be made public, but there is no obligation on the SIS to that effect.

The control exercised by the prosecutors is limited to the analysis of the complaints submitted by persons who consider that their rights have been violated, and of the magistrates to the authorization of the counterintelligence measures by judicial mandate and the verification of the legality of the actions carried out in the absence of the judicial mandate. The internal control of the SIS is exercised through the management of the institution and its subdivisions, which participate directly in the process of authorising counterintelligence measures.

In essence, control mechanisms are limited and have proved ineffective in the past, when the image of the SIS has been jeopardised by a series of abuses committed at the direction of political decision-makers. In order to ensure effective control mechanisms, it is fundamental to appoint magistrates and prosecutors of integrity through transparent procedures. This must be ensured in particular among the magistrates involved in the process of authorising counterintelligence measures by court order, given that their number will be limited, from among a court of first instance.

The importance of a draft law that can help SIS to strengthen its main function and activity is dictated by the security context at regional and national level, where we can attest to imminent and systemic risks to national security. However, even if under pressure of time and urgent results, Parliament and the governmental institutions must ensure the provision of balanced monitoring and control mechanisms that will not allow potential abuses. On this dimension, the recommendations that will come from the Venice Commission at the beginning of next year are to be analyzed and faithfully transposed in the final edition of the package of draft laws.

Beyond these aspects, SIS and the Parliament will have to ensure effective communication and the widest possible transparency, within the permissible limits, of the results of the external counterintelligence and information activity. These elements are essential in order to increase citizens’ confidence in the work carried out by the SIS and to strengthen the position of the SIS in the national security architecture, especially in the context of developing a new National Security Strategy.
—

Mihai Mogîldea is deputy director of the Institute for European Policies and Reforms (IPRE).
—

This Op-Ed is published within the project “Increasing the level of information and understanding of the security and defense issues of the Republic of Moldova”, implemented by the Institute for European Policies and Reforms (IPRE) and Friedrich Ebert Foundation in Moldova, in partnership with the media platforms Zonadesecuritate.md and Zugo.md.