Home - Press Releases - #EUDebatesCafe: The voice of Moldovan youth in the context of obtaining the EU candidate status of candidate

#EUDebatesCafe: The voice of Moldovan youth in the context of obtaining the EU candidate status of candidate The Institute for European Policies and Reforms (#IPRE), in partnership with the Young European Ambassadors (YEAs) – EU NEIGHBOURS East and the National Youth Council of Moldova (CNTM), with the support of the Hanns Seidel Foundation, organized on Thursday, May 19, 2022, the fourth online public debate of this year in the #EUDebatesCafe format, titled: “The voice of Moldovan youth in the context of obtaining the EU candidate status “.

The speakers of the event, which was moderated by IPRE project coordinator, Elena Bolocan, discussed about the methods of promoting European values among Moldovan youth, development of opportunities that the EU currently offers, and what could be the ways of involving young people from the Republic of Moldova in the process of accession to the European Union. Finally, participants referred to  the priorities of the Republic of Moldova in the context of launching the European Year of Youth.

Further below, are the main remarks of the speakers.

Adrian Băluţel, member of the Parliament of the Republic of Moldova, Secretary of the National Commission for European Integration: “Young people are the main argument of Moldova’s efforts for European integration. The process of European integration involves, first and foremost, taking over the European development model. This model proves the better standard of living, other standards of functioning of state institutions and interaction of the state with citizens. European integration is a goal that resonates a lot with young people in Moldova, because they want to anchor through projects, initiatives and activities to the European development model. The European Year of Youth, 2022, was also marked in the Republic of Moldova, and this encourages the pro-active participation of young people in all social, economic and administrative activities. At the same time, the Government is preparing an exhaustive package to support young people. It concerns extensive measures to provide cultural vouchers to young people. We also want to expand internship programmes and internship opportunities within EU public institutions”.

Anastasia Esanu, communication coordinator of the Young European Ambassadors in the EaP: “If we talk about opportunities for young people, we must mention that many of them are popular and much heard. The first would be Erasmus+, which consists of two components, which involves youth and academic exchange. The youth exchange is for young people from 16 to 30 years old, is short-lived and focuses on a specific topic such as democracy, media, youth policies, the development of critical thinking, etc. At Erasmus academic exchange it is more for students, which gives them an opportunity to leave and make an academic exchange in another EU university for the duration of at least two months and up to one year. Another programme is the European Solidarity Corps, which is a volunteering programme and aims to keep young people going and volunteering at different organisations in other EU Member States for up to one year. EU bears all the costs during this volunteering.  Another programme is the internship guided by the EU High Advisers. Young people can also benefit from grants in the field of entrepreneurship, culture, democracy, human rights, etc. These grants start from 5000 euros. Another opportunity is youth networks, which encourage young people to get involved civically and learn more about the EU. In conclusion, I want to say that, if the EU candidate status is obtained, the Republic of Moldova will have much more opportunities, such as, for example, an Erasmus+ partner country.”

Nicolai Cheleș, President of CNTM: “If we are to refer to the European values, we must recognize very well and promote the inclusion, the principles of human rights, the inclusion of under-represented groups in policy development. Here, I think I could go back to the policies that we at the CNTM have looked at, namely how young people are involved in promoting inter-ethnic relations policies and how young people from ethnic minorities are involved. Of course, the results have been very unsatisfactory, because our policies do not have this aspect of including inter-ethnic groups. We must understand that there are young people in the Republic of Moldova who also belong to other under-represented groups, and it is very important to have this accessibility for all. We at CNTM are now promoting, together with the state institutions, paid internships. For us, it has always been important that the internships be paid for, this being also one of the principles of the European Union that we in the Republic of Moldova promote. One of the good examples is the National Agency for Employment, which has a program to support young people, who are not yet in employed and who are not employed in educational institutions either, so that they can benefit from programs with paid internships. We very much want the situation to change in the future and for young people to be able to benefit from more opportunities.”

Emil Burinschi, Master student at the Central European University (CEU), Vienna, Austria: “To develop the European way of thinking that will contribute to accelerating the implementation of the association agreement with the European Union, actions are needed on at least three directions. One dimension is the increase investment in education, and here I am not only referring to youth in the educational environment but also in society. Since an accession of Moldova in the EU would mean different economic, political and social changes, they must be widely debated in society, both through information campaigns and public discussions that would not only include a small number of enthusiastic or fierce opponents, but also the ordinary citizen. Two, comes the setting of clear, quantifiable but also realistic goals to achieve in the processes of involving young people. The recent increase in the participation of young people in state structures and political parties is a positive sign, but it must also be visible through the measures adopted, which offer the perception of participation by young people in the decision-making processes. Three, people, including young people, who are puzzled by the effects of Moldova’s rapprochement with the EU, must be heard and assured that the processes of European integration will not endanger personal freedoms or other sources of fears. Although they represent a minority group in society, a universal, European way of thinking will not stop access to rights if these minorities are ethnic, political, religious or gender. Society must be co-opted, and young people are not only the present but also the future beneficiaries of these changes”.

For more details, you can watch the video of the event on the privesc.eu here and on Realitatea Live here. 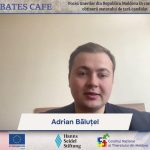 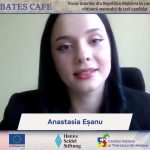 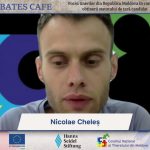