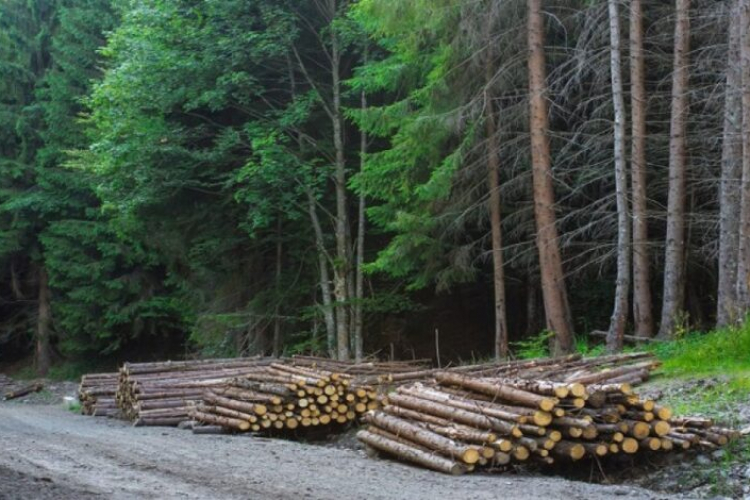 The priorities of the national afforestation programmes must be aligned with the commitments made by the Republic of Moldova at the COP26 Summit. In order to achieve the objectives set out in the declaration signed by the Republic of Moldova, it is essential to identify and eliminate corruption and illegal logging schemes from the forest management, by involving the law enforcement agencies more actively in their investigation.
—

The United Nations Climate Change Conference 2021 (COP26) took place in Glasgow from 31 October to 12 November 2021, with the primary aim of limiting the increase in global warming to below 1.5°C. Participating countries were asked to present ambitious targets for reducing the amount of greenhouse gases emitted by 2030, achievable by reducing emissions and implementing methods to absorb carbon dioxide from the atmosphere. One of the methods proposed at the conference was to sign the Declaration on Forests and Land Use. The Declaration was signed on 5 November 2021 by 133 countries, including the Republic of Moldova. By signing this declaration, the Republic of Moldova commits to stop deforestation and land degradation by 2030, while delivering sustainable development and promoting an inclusive rural transformation.

The need to tackle illegal logging

The national forest fund accounts for 12.7% of Moldova’s territory, which puts Moldova at the bottom of the forest fund ranking among EU countries, according to Eurostat. The area of land affected by soil erosion has increased considerably in recent decades. About a quarter of Moldova’s territory is covered by degraded land that has permanently lost its agricultural production capacity, causing annual economic losses estimated at about 3.1 billion lei. Without any intervention, the area of these lands could expand even further, leading to economic losses as well as climate imbalance. Stopping the deforestation and the abusive or incorrect use of natural resources can both benefit the country’s economy and climate protection.

Forested land is protected by Law No 1041 of 15.06.2000 for the improvement of degraded land through afforestation, which sets out the procedures for identifying such land and the sources of funding. This law covers the degraded land, irrespective of the authority managing the type of property (state, administrative-territorial units or private agents). If owners of degraded land refuse to use biological material for afforestation, their land will be expropriated and managed by the central forestry authority.

Data from 2020 indicates that 73 hectares of forest are being cut down every day in Moldova. According to an analysis carried out between 2012 and 2019, the number of forests cleared each year far exceeds the number of regenerated forests, indicating a continuous decrease in the land covered by forests in the Republic of Moldova.

According to biodiversity specialists, the “hierarchy” within the “Moldsilva” Agency would tolerate deficiencies in management, including corruption factors, which would prevent stopping deforestation or an efficient functioning of the agency at national level. The Minister of Environment, Iuliana Cantaragiu, says that in 2022 the “Moldsilva” Agency will be reformed, which will allow the forest to be perceived as an element that brings more benefits in its living form, not as wood mass, so that the forest will have to be financed largely from the state budget.

Implications of the commitments within the signed Declaration

Signing the Forest and Land Use Declaration is not just about stopping deforestation. This declaration involves a comprehensive effort, whereby signatory countries will strengthen their joint efforts to conserve forests and terrestrial ecosystems, facilitate international and national trade and development policies, and boost investment in the environment and forest management.

At the national level there are a number of programmes that include afforestation efforts. Among the ongoing projects are the “Soil Conservation in Moldova”, launched on 1 October 2002, with the overall objective to contribute to soil rehabilitation and conservation by afforestation of 20.3 thousand ha of degraded land, and the “Development of the Communal Forestry Sector in Moldova” Project, launched on 1 November 2006, with the objective to create new communal forests on an area of 8468 ha, 84 ha by afforestation of eroded and unproductive land, application of agro-forestry practices, creation of protective forest cover, carbon sequestration and reduction of greenhouse gas concentrations, improvement of regional and local forest and pastoral resources, wood supply and development of the basis for local/regional sustainable development.

At the same time, several national afforestation campaigns take place every year, including the “Plant your future” and “A tree for our continuity” campaigns organised by the Ministry of Environment of the Republic of Moldova. In total, both campaigns aim to plant 8 million saplings on an area of about 1000 hectares in 2021.

Alongside this, the current government has drawn up a 10-year programme to increase woodland to at least 100,000 ha. This programme involves hiring a large number of specialists in the field, planting crops on public land and restoring the shelterbelts of riparian buffer strips and agricultural land, as well as reforming the Moldsilva Agency.

The priorities of the national afforestation programmes must be aligned with the commitments made by the Republic of Moldova at the COP26 Summit. In order to achieve the objectives, set out in the declaration signed by the Republic of Moldova, it is essential to identify and eliminate corruption and illegal logging schemes from the forest management, by involving the law enforcement agencies more actively in their investigation.

With the signing of the Declaration on Forests and Land Use at COP26, the actions taken by the Government of Moldova will be closely monitored as part of the wider international cooperation. This involves, first and foremost, increasing transparency within state institutions in order to provide the necessary information to monitor the implementation of the Declaration.

The reform of the Moldsilva Agency, announced by the Minister of Environment and planned for 2022, must include a system innovation of the Agency’s forest land monitoring and analysis methods, using a spatial system that creates, manages, analyses and maps data patterns. Thus, using GIS technology, for example, deforestation areas can be tracked, and their legality detected. Using the same principle, the forest health status can also be assessed.

Considering the events of November 2021 related to energy security, the Government of Moldova should review not only energy alternatives in urban areas, but also in rural areas. A large proportion of homes in rural areas use wood as a heating fuel, which has a higher calorific value than gas or electricity. In rural areas, 90% of homes have a wood heating system, while only 9% of homes are adapted to a gas heating system. In order to benefit from an independent energy system, a national subsidy programme needs to be approved to stimulate the transition to renewable energy such as solar power. This type of energy will help diversify heating systems, especially in rural areas, and reduce wood consumption.

Last but not least, there is also a need to implement a training programme for farmers using the principles of sustainable and circular farming. This would make it possible to strengthen food security in the long term, without the risk of over-exploiting agricultural land, as well as to engage in commercial activities without producing waste.
—

Elena Bolocan is a project assistant at Institute for European Policies and Reforms (IPRE). Elena is a graduate of the Double Master’s programme in Public Policy and Human Development at Maastricht University and the United Nations University.

Mihai Mogildea is Team Leader of the Europeanisation Programme, Institute for European Policies and Reforms (IPRE). Mihai is a graduate of the Master’s programme in European Political and Administrative Studies of the College of Europe (Bruges).
—

This commentary was prepared within the project “We and Europe – Analysis of EU-Moldovan relations through innovative media and analytical products”, implemented by the Institute for European Policies and Reforms (IPRE), in partnership with IPN, Radio Chisinau, Zugo.md and with the support of Konrad Foundation Adenauer. The opinions presented in this comment belong to the authors.