The Institute for European Policies and Reforms (IPRE) hosted on September 21st, 2021, an online policy discussion on the latest justice sector reform initiatives. The meeting was organised in cooperation with the Ministry of Justice, the Directorate General for Justice of the European Commission, the Council of Europe’s ad-hoc group of experts on justice reform in the Republic of Moldova, Legal Resources Center of Moldova and with the support of the Soros Foundation Moldova.

The event was attended by representatives of the European Commission, European External Action Service (EEAS), members of the High-Level ad-hoc Group of experts of the Council of Europe on justice reform, Minister of Justice, Chairwoman of the Parliamentary legal standing Committee on appointments and immunities, as well as representatives of Moldovan civil society. The participants exchanged views on the latest developments and priorities in the justice sector promoted in Moldova, referring in particular to:

During the event, Moldovan officials, experts of Council of Europe, European Commission and civil society also discussed the state of play in the adoption of the new Justice Sector Strategy on independence and integrity (2022-2025), as well as the prospects of launching a new permanent mechanism for external assessment of the implementation of the justice sector reform and strengthening the rule of law in the Republic of Moldova.

The event was organised within the IPRE project “Strengthening resilience to systemic kleptocracy in the Republic of Moldova”, supported by the Soros Foundation Moldova. 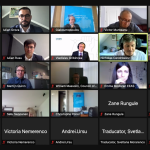 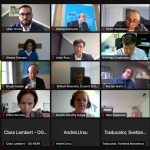 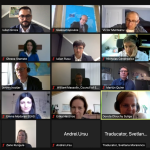