#BeTheChange: Youth Participation in The Electoral Processes: Obstacles And Solutions 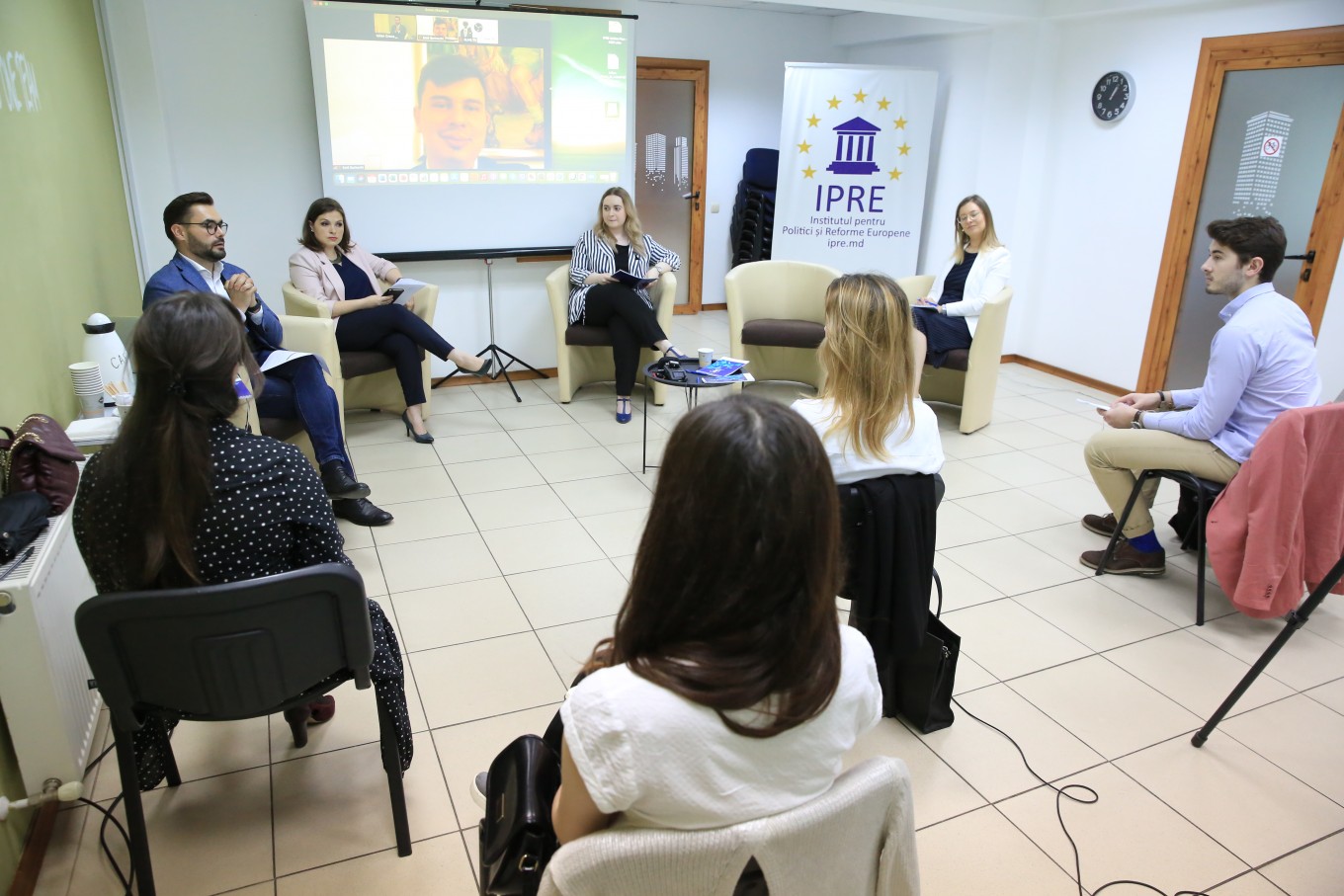 The Institute for European Policies and Reforms (IPRE), with the support of the Hanns Seidel Foundation and in partnership with Privesc.Eu and Realitatea TV, organized on Tuesday, June 15, 2021, the second event in hybrid format within the #BeTheChange initiative, dedicated to the participation of young people in electoral processes. This event was conceptualized by the participants of the #InternshipIPRE2021 and #YoungFellowsIPRE2021 programs.

The speakers of this event, moderated by Mihaela Fedoseev – Good Governance and Europeanization program intern, spoke about the participation of young people in electoral processes, possible solutions and opportunities that could be implemented by national authorities and political actors in order to encourage young people to be more active during elections, but also in the political activity. Participants also discussed the importance of youth organizations and the role of the education system and other educational programs in shaping of the future responsible citizen.

Doina Bordeianu, Director of The Centre for Continuous Electoral Training: „One of the objectives stipulated in the education code is the training of the citizens with the necessary skills so that once they reach adulthood, they could be involved in all democratic processes. However, to what extent the national curriculum meets or does not satisfy this desideratum included in the education code remains to unlcear yet. It is recommended for the third-party organizations that are not necessarily part of the education system to be able to come up with certain programs that either fold on the national curriculum or are extra-curricular, but which complement and contribute to the formation of a citizen as how we believe it must be in a democratic society. Following the communication we have with young people, we noticed that there is a great interest in this field, and many do not even know that they could get involved. Democratic culture is one of the 20 skills which, according to the Council of Europe, are necessary and which can be formed throughout life. School is essential in this regard, the family matters no less, and the formal and non-formal education initiatives to which the person is subjected throughout their life are also important. All of this together contributes to the process of becoming active citizens of this country.”

Nadejda Sacovici, Senior Director for Political Parties and Governance at the International Republican Institute Moldova: „It is necessary that the voice of young people is heard by those who can make decisions in a society and this is possible through the youth organizations of the parties. Youth organizations offer the perspective of young people to seniors. Therefore, the role of young people is to bring their problems to the attention of those who can make a change and in thus they can make a difference. Identify a problem, build a community around you, promote that problem, and find the solution within the community. You may realize that your problem is the problem of many other citizens. Go ahead, to the seniors of the political parties, bring that problem to the discussion table, build alliances within the Parliament to solve those problems. The role of young people is extremely essential in this regard. Any serious party must have a youth organization through which they raise the next generation of politicians, because the education system does not teach us how to become politicians or how to create that relationship with the community. This is learned and cultivated over time. That is why the involvement of young people at an early stage is essential.”

Mihai Rotaru, Coordinator of the Organizational Development Department, CNTM: „From the polls conducted by CNTM, we noticed that among the reasons of young people who choose not to vote are distrust in the political elite and the fact that the priorities of young people are low on the electoral agenda. Indeed, we have institutions that have a visible activity in terms of promoting democracy, encouraging young people to participate in elections, but at the system level we have very big issues. At CNTM, together with member organizations, we try to motivate young people to get involved in decision-making processes. As long as the young person understands that they can still get involved from the school benches, that they have the power to decide, that they are listened to, they will have the courage to participate in elections at other levels such as local or districtual ones. Another interesting aspect that we noticed after the previous parliamentary election is that most young people in youth organizations within political parties are from the rural areas, but on the electoral lists 80% of young people are from the urban areas, so territorial structures are neglected, and young people in the urban areas end up losing their motivation.”

Valeriu Țurcanu, student at the University of Aix-Marseille, France: “University professor Peter Drucker said that “The best way to predict the future is to create it.” At the centre of this process were, are and will be young people, those to whom the future belongs. (…) Young Europeans want to find priorities and actions in the electoral programs that are related to them or their interests. These electoral programs must be widely communicated and, in particular, aimed at young audiences. Moreover, young Europeans must receive an appropriate and in-depth political education in order to develop their political culture. At the same time, the authorities responsible for organizing the elections must resolve the difficulties in the electoral process. We must now encourage young people in the electoral process in order to build tomorrow’s society together.”

Emil Burinschi, student at the Central European University, Austria: „Like Moldova, Austria faced a low turnout among young people in the early 2000s. If no action had been taken, the older generations could have been overrepresented at the political level – a problem facing Moldova today. To counter this negative trend, in 2007, as part of a wider reform of the electoral law, the voting age in Austria was reduced from 18 to 16 years. Lowering the voting age in Austria has led to the stimulation of the interest of young voters in the electoral processes, with a constantly increased participation rate of 16-17 year old voters compared to the 18-20 age category. Young people have begun to show increased satisfaction with the way democratic processes are operated and confidence in this process has also increased. The reform of the voting age in Austria has also been accompanied by educational measures, such as awareness-raising campaigns. Thus, in order to increase the participation rate of young people in Moldova in the electoral processes, I believe that one of the solutions would be to explore the adaptation of a similar decision.”

Cătălina Plinschi, student at the „Alexandru Ioan Cuza” University, Romania: „Indeed, the school lays the foundations of values that are educated in children and teenagers. And the school curriculum offers several disciplines that address the subject of elections and contribute to the electoral education: “Career guidance readings” which, although is an optional discipline, can guide children who are interested in politics, “Personal development”, “Education for society and civic education”, “History” and “homeroom class“ that should not be overlooked, because the professor responsible for these disciplines could also be an active figure in electoral education. Within these disciplines, electoral education can be taught through several methods. The most important are role-playing games, debates or simulations in which it is very important to educate and allow children to delegate a representative who in their opinion can represent their interests. However, there is a lack of a systemic approach to electoral education. These disciplines should complement each other, not come as six distinct ones. It is also wrong to believe that if we teach children in high school classes about electoral education and democracy, they will surely assimilate this information and turn into citizens ready for the society. Our initiation as personalities starts from the first years and even from kindergarten.”

Regina Mogorean, student at the Babes-Bolyai University, Romania: „Like other EU member states, Romania has faced a low turnout of young people, which miraculously changed with the 2019 European Parliament elections. Compared to the 2016 parliamentary elections, the turnout of young people in the European elections has increased by over 50%. This was motivated by several national processes, focused on promoting the participation of young people in elections, including contacting and using the help of youth NGOs and national youth and student associations. These NGOs coordinated a campaign to promote voting among young people through contests, information and awareness campaigns, online and media campaigns, as well as formal events in various configurations. Romanian civil society, and especially its youth, has been strongly involved in efforts to promote the importance of voting among young people, and the most important aspect is that organizations have motivated each other through competition for volunteers, beneficiaries and target groups, collaborated and exchanged good practices in efforts to promote youth participation in elections.”

The video recording of the event is available on privesc.eu here and on RLIVE here. 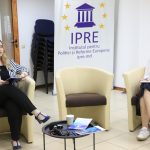 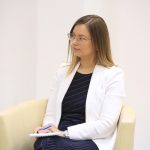 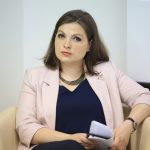 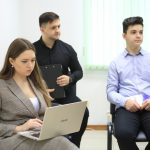 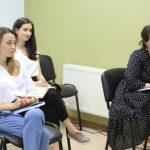 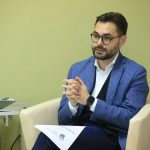 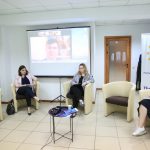