Home - IPRE in the Media - Integrity should be promoted by strengthening the efforts, but also the integrity control mechanisms of ANI, CSM and CSP

Integrity should be promoted by strengthening the efforts, but also the integrity control mechanisms of ANI, CSM and CSP 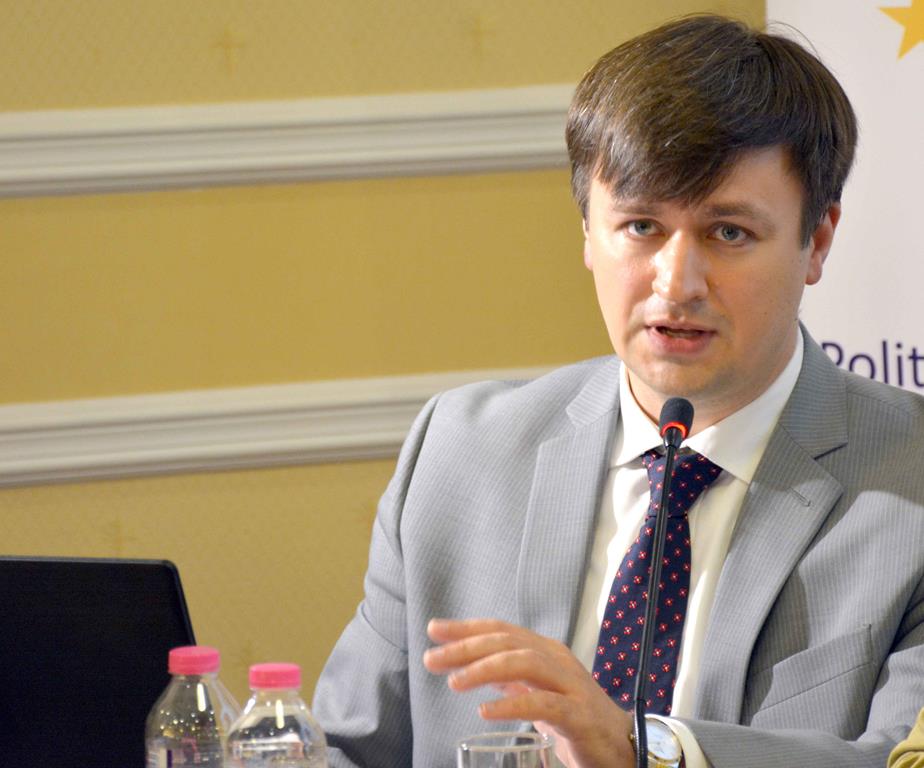 The judiciary in the Republic of Moldova faces a lack of trust due, among many others, to the lack of integrity of actors in the justice sector. The society perceives the lack of integrity through journalistic investigations that reveal serious cases of conflict of interest, unjustified assets, luxurious lifestyle and connections with politics but also with organized crime.

Although the national law emphasizes integrity by verifying the assets and interests of legal actors by the National Integrity Authority (ANI), but also the professionalism and impeccable reputation, the regulations implemented by the Superior Council of Magistracy (CSM) and the Superior Council of Prosecutors (CSP), both in the justice system as well as outside it, there is a perception of selective or even arbitrary application of these requirements towards the representatives of the justice system.

I believe that integrity has to be promoted through the strengthening of efforts, but also the integrity control mechanisms of ANI, CSM and CSP, as well as through much more drastic tools such as the extraordinary evaluation of actors in the justice sector.

In the first case, the verification of integrity and interests by ANI requires additional impetus, by prioritizing the subjects to be assessed in the first place and by providing additional tools such as assessing the wealth in possession at market value, by expanding the circle of people verified, in particular of the relatives of the judicial actors subject to control and by removing the legal loopholes allowing for the legalization of assets of dubious origin through donations in family events.

Integrity either exists or doesn’t

Integrity cannot be set in percentages. This is one of the main problems of the current mechanism within the CSM and CSP. The specialized colleges of these two self-management authorities are guided by their own regulations that set a percentage share for integrity, which is a wrong track from the start. Integrity of a justice sector representative either exists or doesn’t.

If the candidate for the position of judge or prosecutor, at the beginning of his career or later in promotion, cannot prove where the assets he/ she holds come from or his relatives cannot prove the origin of those assets, we can no longer speak about integrity. What is worse is that integrity is assessed as a technical criterion in the assessment process and is not treated as an admissibility criterion in the profession.

In the absence of integrity, a candidate for the position of judge or prosecutor cannot move to the next stage of evaluation and has to be disqualified, while the data at

the basis of this decision should be sent to ANI, criminal prosecution and the state tax service for application of the law – control of property, confiscation of unjustified property, criminal sanction for illicit enrichment or application of another article of the Criminal Code, in the presence of necessary evidence, as well as application of provisions relating to the payment of taxes established in the Tax Code.

No finality on major cases

The extraordinary evaluation of justice actors is an extraordinary exercise and applicable when other instruments do not prove effective. In the case of the Republic of Moldova, we are, unfortunately, in such a situation. The actions taken to ensure the integrity of public persons in the justice sector and the non- admission of compromised persons to the system have not produced the expected results.

Although actions have been taken to increase the salaries of judges and prosecutors, more leverages have been offered t the CSM and the CSP to apply professionalism and integrity criteria, the working conditions for judges and prosecutors have gradually improved, new authorities to support prosecutors in criminal prosecutions have been established – Agency for Recovery of Criminal Property (ARBI) – but also the positions of the Service for Prevention and Combating Money Laundering (SPCSB) and of the National Anticorruption Center (CNA) have been strengthened, there is no finality on major cases, while controversial judges and prosecutors still work in the justice system.

In order to be able to apply the extraordinary evaluation of actors in the justice sector, three essential conditions are needed: political will, support from development partners and sufficient financial and human resources. Within IPRE we have already presented one of the institutional options of such an evaluation, which also took into account the constitutional provisions related to the functions and powers of the SCM and CSP, but also those related to the independence of judges.

In short, the proposal involves the creation in cooperation with the development partners of an International Monitoring Mission (IMM), which will participate in the selection of members of the Evaluation Commission (EC) and of judges of the Special Board of Appeal (CSA). The IMM will provide both the support needed to substantiate EC decisions, but will also be able to challenge the EC decisions if they think they are unfounded, incomplete or subjective. The CSA will examine the appeal against the EC decisions, including the appeals by the persons subject to evaluation.

In order not to block the justice system, the evaluation is proposed to take place in three stages: in the first stage, there will be evaluated the leading professionals of the Supreme Court of Justice (SCJ) but also judges of the SCJ, chairpersons and deputy chair persons of the Courts of Appeal, the members of the SCM and the CSP, the persons with management positions within the General Prosecutor’s Office and the Specialized Prosecutor’s Offices (PA and PCCOCS), as well as the managers of other authorities active in the justice sector. In the second and third stages, the evaluation of the other actors in the justice system will be based on the hierarchy within the courts and prosecutor’s offices.

The mechanism needs to be applied only once, and the process of developing and testing the model requires close consultation in terms of constitutionality but also compliance with the recommendations of the Venice Commission. Direct control will focus primarily on integrity. If the integrity criterion is not met by the evaluated persons, the professionalism criterion will no longer evaluated. In order to comply with the constitutional requirements related to the presumption of legality of ownership, the EC will initially present evidence confirming the contrary, while the evaluated person will have the opportunity to argue his/ her positions through additional evidence.

How can ANI be helped

ANI is the authority that verifies the wealth and interests of all persons with public positions established by law, including participants in justice. Thus, in order to ensure a priority focus on the assets of actors in the justice sector, a minimum percentage of the total number of people in public office, including justice actors, should be set for ANI.

Secondly, ANI has demonstrated recently more openness to the information that has become public, thus undertaking the actions required by law. However, the verification of assets is limited by the current legal framework, which states that the declarant shall include in the declaration the contractual value and not the market value of the asset, shall

not include a larger circle of family members of the person subject to control, subject to verification of assets, and the sanctioning process also involves the judicial control of the documents issued by ANI. In addition to these legal drawbacks, there is an insufficient number of integrity inspectors as well as limited access to data held by other authorities that have information on the persons subject to verification. On top of that, ANI does not have access to information with regard to properties in other states.

It is essential that ANI take the initiative on major cases, which involve people with leading positions in the justice system, which has been mentioned several times in the investigative press. These cases, which raise multiple questions about the integrity of justice actors, especially those who also hold leadership positions, hit hard on the image of the justice system, discrediting judges, prosecutors and other honest professionals in the system.

In this sense, the prompt response from ANI regarding the information published in the press is all the more important as the citizens are waiting for the finality of the journalistic investigations made public. The institutional and organizational constraints of ANI are not seen as a credible argument by citizens, so that the image of ANI also suffers from the delay in examining these important cases.

Last but not least, the activity of ANI was also subjected to coercive attempts through restrictive regulations. The amendments to the law made by the Parliament in December 2020 and subsequently suspended by the Constitutional Court further affect the institutional stability and compromise the efforts made to deliver on major cases.

The use in bad faith of the retroactivity principle of the milder criminal or administrative law, which is found in the amending law adopted by Parliament, only betrays the interest in limiting the ANI interventions, including when verifying the assets and interests of political actors holding public positions. Such attempts are inadmissible.