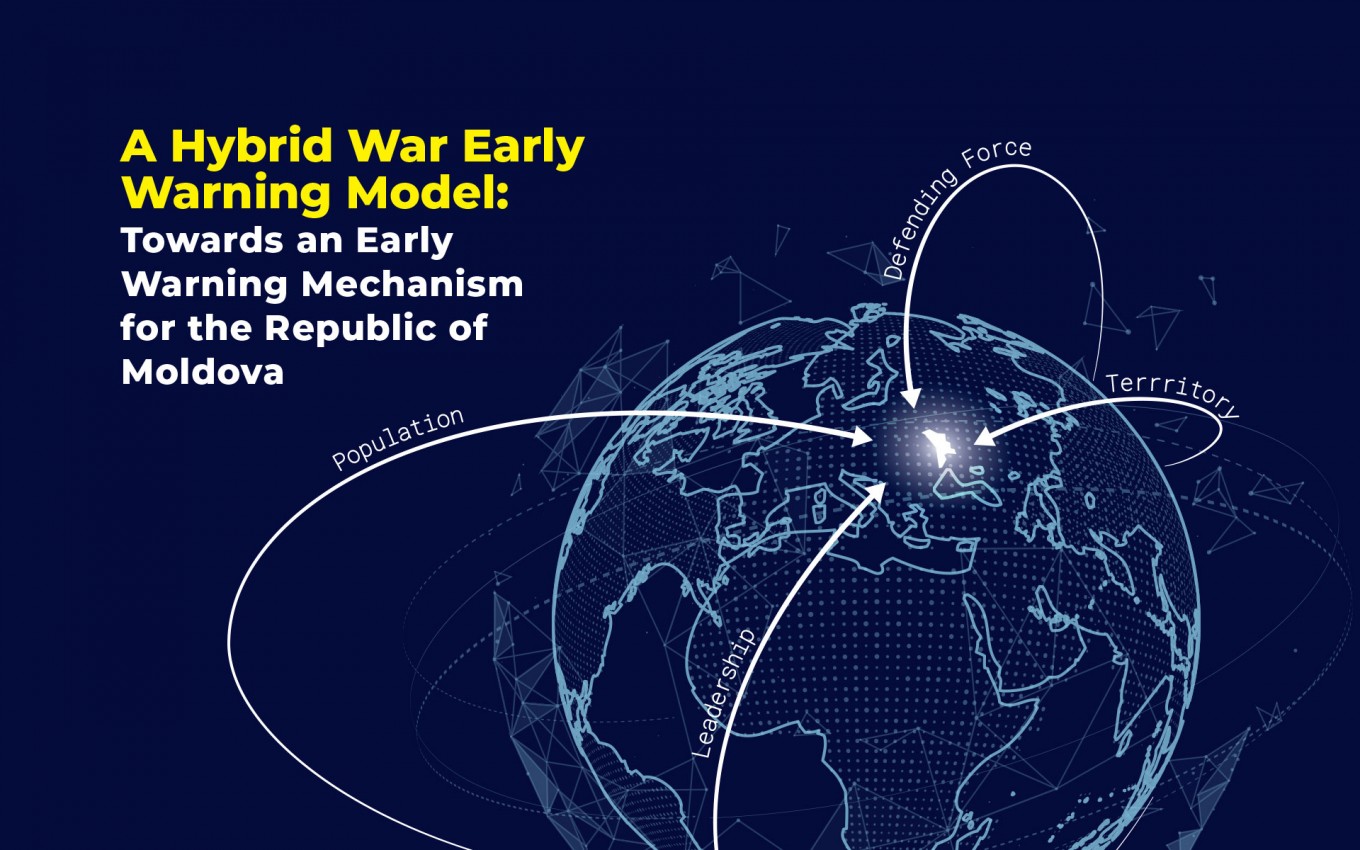 Designing and implementing an Early Warning Mechanism is charting new terrain for the Republic of Moldova. The current analysis is proposing a model of a hybrid-war-early-warning mechanism, targeted at the monitoring, analysis, and interpretation of a set of tailored crisis indicators. Conceptually the model is using the term “hybrid war” instead of “hybrid threats”, as the threat is a potential cause of harm, while there is evidence that the respective harm is already being done. Thus, this mechanism is built on a general model of hybrid war, prepared based on the evaluation of Russia’s hybrid activities in both developed and developing countries, including Ukraine and Moldova. Given the need for a greater understanding and preparation of the Moldovan authorities against hybrid war, employing such a mechanism would offer a set of benefits: the anticipation of resources, training, and actions required to improve an effective response; the creation of response algorithms allowing to reduce the time gap between observing the crisis event and responding to it; the decrease in inflicted costs that a crisis event is likely to generate; and the increased chance to prevent an escalation to a more violent conflict, given a properly designed early response.

A distinct element of the model is that it could be applied both by the competent nationalauthorities to enable the identification of security risks for the rapid response needs, as well as by representatives of civil society and the media for the monitoring of hybrid threats. Thus, an important effect in will be the watchdog one, as it may push the governmental agencies be more active and avoid ignoring certain incidents and developments.

The Moldovan authorities should start discussions and designate a leading actor/agency for the national efforts to counter hybrid threats and activities (most suitable from the point of view of this author are SIS or the Presidential Administration). A budget should be identified for funding personnel (10-12 people), facility, technical support, and training, to create a national EW Center; the benefit is that it could monitor, in addition to listed hybrid war indicators, some additional ones, including health/pandemic related; a potential approach would be pooling funding from a number of interested governmental institutions. Particular attention needs to be paid to the data protection and security of information and communication.

Below you can find the complete version of the Study. This paper was presented during an Online Workshoporganized the 25th of March 2021, which gathered more than 35 national and international participants from governmental institutions, think-tanks and academia.

About the author: Dumitru Mînzărari, Ph.D., is an Associate Political Analyst at the Institute for European Policies and Reforms (IPRE, Chișinău). Dr. Mînzărari is a former military officer who served as state secretary for defense policy and international cooperation with the Moldovan Ministry of Defense, worked for the Organization for Security and Cooperation in Europe field missions in Georgia, Ukraine and Kyrgyzstan, and with several think tanks in Eastern Europe.

This Study was developed within the project „Delivering an Effective Early Warning Mechanism for Addressing the Hybrid Threats”, implemented by the Institute for European Policies and Reforms (IPRE), with the support of the Embassy Office of the Kingdom of the Netherlands to the Republic of Moldova.