Home - IPRE in the Media, Opinions - Sabotage of the ”Berlin Plus” package and the need for an effective commitment mechanism. Commentary by Mihai Mogîldea

Sabotage of the ”Berlin Plus” package and the need for an effective commitment mechanism. Commentary by Mihai Mogîldea 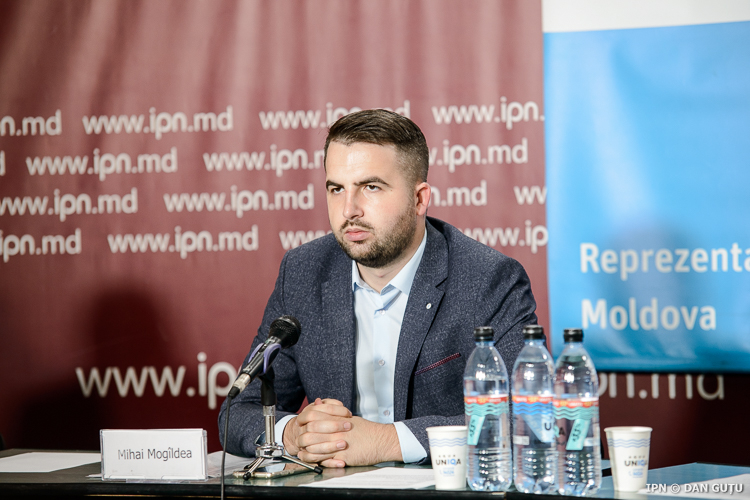 The pandemic context of 2020 offered several pretexts to the unrecognized administration in Tiraspol to avoid compliance with certain protocol decisions included in the “Berlin Plus” package, negotiated and agreed between 2016 and 2018. In the context of the health crisis , in the last 9 months, the separatist regime on the left bank of the Dniester has unilaterally adopted a series of measures aimed at undermining and distorting the dialogue with the constitutional authorities in Chisinau. In particular, they focused on several key areas, such as regional security, human rights, property rights and the transport segment, on which there are several commitments in force undertaken by Tiraspol.

The stake of these voluntary slips from the separatist regime was to strengthen the de facto control over the Transnistrian region and to erode the formats of discussions and negotiations within the Unified Control Commission (JCC) and the working groups. Moreover, Tiraspol tried to test the response capacity of the Chisinau government and the OSCE, whose mandate is to actively monitor the situation in the region. In this respect, the observations accumulated during the period March – December of this year allow us to deduce another stake of the problem: the sabotage of the protocol decisions in the “Berlin Plus” package by the Tiraspol administration and highlighting the vulnerabilities of these documents.

Restriction of free movement and installation of illegal checkpoints

The abusive imposition of restricted traffic conditions by Tiraspol materialized on March 16th, and is currently extended until February 1, 2021. The quarantine regime introduced on the left bank of the Dniester in March of this year served as a pretext for this decision. Between March and July 2020, the Tiraspol administration authorized the installation of 37 mobile and fixed control posts in the Security Zone, numbering at least 38 after the installation of a new illegal mobile station in early December. Even though many of these posts have been withdrawn in the meantime, Tiraspol’s intentions to legitimize their their actions in front of Chisinau and other external partners of the Republic of Moldova remain visible and threaten the security of the region.

The perimeter of the dislocation of illegal mobile and fixed posts affected the free movement among several categories of people who commuted daily between the two banks of the Dniester, such as doctors, teachers, representatives of law enforcement or farmers. At the same time, the given situation limited the farmers’ access to the agricultural lands located after the Râbnița – Tiraspol route, especially due to the blocking of some adjacent agricultural roads. Although there have been repeated requests from the Chisinau authorities for the withdrawal of these illegal posts and the cancellation of restrictive travel conditions to the left bank for residents of the right bank of the Dniester, the separatist regime has repeatedly ignored appeals to it.

Does the “letter” and “spirit” of protocol decisions still matter?

The slips committed by the Tiraspol regime expressly contradict the provisions of at least two protocol decisions signed in November 2017 in Bender. These are in particular the Protocol Decision on the use of agricultural land, located in the Dubasari district, after the Tiraspol – Camenca route, which facilitated farmers’ access to agricultural land and the Protocol Decision on ensuring the functioning of Moldovan schools with teaching in Romanian, which mentions the provision of freedom of movement for teachers to their place of residence and work.

Tiraspol’s approach completely ignored the commitments made through these protocol decisions. First of all, the decisions on the traffic regime were adopted unilaterally by the so-called elected people of the left bank of the Dniester, without consulting and taking into account the position of Chisinau. Secondly, Tiraspol representatives refused to include the issues presented above on the agenda and repeatedly sabotaged meetings within the JCC and sectoral working groups. For example, during two months, between March 13 and May 13, 2020, no meetings were held in the JCC or in the working group on human rights, although government authorities have requested several or convening them.

Beyond these findings, the situation created around the restriction of free movement has highlighted the vulnerabilities of the two protocol decisions. There is no provision in their text related to the sanctioning procedures of one / both parties or to the suspension of the implementation of protocol decisions for non-compliance with the commitments assumed through them. The lack of enforcement tools clearly benefits the Tiraspol regime, which often mimics efforts to work together and build trust between the two sides.

Given that a large part of the “Berlin Plus” protocols have been signed “in bulk”, it is obvious that in some cases, such as those related to Romanian-language schools and farmers’ access to agricultural land, Tiraspol does not have a increased interest in the sustainable implementation of their provisions. As a result, it has used and will use any pretext to sabotage compliance with the two protocol decisions.

We need more consistency and firmness in the negotiations

In the current formula, protocol decisions are not in a position to de facto oblige Tiraspol to honor its commitments. This is because there are no related costs for the unilateral suspension of the provisions of these documents. Respectively, government decision-makers in Chisinau should consider negotiating new protocol decisions in thebanking or telecommunications fields not only in compliance with national law and international commitments of the Republic of Moldova, but also in strict compliance with Tiraspol’s full compliance with existing arrangements. Otherwise, there is a risk of repeated abuses by the separatist regime.

At the same time, the implementation of protocol decisions should be the subject of an independent and relevant monitoring report from the OSCE, accessible to all stakeholders. The data in this report should serve as a factual support for the work of the working groups, but also for the negotiation formats. The OSCE should formally assume its role of monitoring and reporting irregularities in the conditions of application of the provisions of the protocol decisions, based on the commitments made by both parties.

The year 2020 was marked by several abuses and illegalities committed by the separatist authorities in Tiraspol. They once again revealed the inconsistency and fragility of the dialogue between Chisinau and Tiraspol, obviously sabotaged by the latter. Although government authorities have taken several steps to use existing working formats, Tiraspol’s reaction has been non-existent and abusive at times.

The period March – November of this year showed that confidence-building measures will not bring the expected results if they do not include the assumption of costs for non-compliance with existing commitments. In this context, the Chisinau government should take more lessons from the unfortunate experience of working with Tiraspol this year and strictly apply them in future negotiations and confidence-building arrangements between the banks of the Dniester and conflict settlement.

Without a firm and well-formulated position, based on a cost analysis, but also accompanied by a clear mechanism for implementing the agreements reached in the “5 + 2” negotiation format, the Republic of Moldova will move with smaller and smaller steps in the process of reintegration of the country.
———-

Mihai Mogildea is the Team Leader of Europeanization program at the Institute for European Policies and Reforms (IPRE). He holds a Master of Arts in European Political and Administrative Studies from the College of Europe (Bruges).
———
This commentary was published within the project “We and Europe – Analysis of Moldovan-European relations through innovative media and analytical products”, implemented by the Institute for European Policies and Reforms (IPRE), in partnership with IPN and Radio Chisinau, with the support of the Konrad Adenauer Foundation. The opinions presented in this commentary do not necessarily correspond with the position of the donor.