First Annual Forum for Participatory Budgeting: Opportunities and Priorities for Better Budget Efficiency and Transparency at Central and Local Level

The Independent Think-Tank “Expert-Grup” in cooperation with the Institute for European Policies and Reforms (IPRE) organized, on Friday, November 27, 2020, the First Annual Forum on Participatory Budgeting held within the project “Inform, empower and act! Civil Society for good budgetary governance in the Republic Moldova ”, co-financed by the European Union and the Konrad Adenauer Foundation.

The event, which took place online, reflected on the opportunities and challenges of implementing the principles of budgetary participation at central and local level. The aim of the forum was to raise awareness of policy makers, local public authorities, civil society, the donor community and the media on the importance of transparency and budgetary participation, as essential conditions for ensuring the inclusion and effectiveness of the budgetary process.

In his opening remarks, Adrian Lupusor, Executive Director, Independent Think-Tank “Expert-Grup”, mentioned: “The event is launched in a very important context, because at the moment the local public authorities are involved in the process of working and consultations on budgets for next year, and through this forum we want to motivate mayors to become more open with regards to the participatory concept of budgeting. The involvement of local communities in the budgetary process is crucial for ensuring an efficient management of resources and, respectively, for increasing the role of local budgets in the development processes of localities.”

In his part, Adrian Ermurachi, Deputy Secretary General of the Government of the Republic of Moldova, claimed: “It is very important to consult the citizens on issues of particular importance to the community, mainly those of local interest, such as improving road infrastructure, medical services, installation of aqueduct systems, etc., as well as involvement in drafting decision making projects. Citizens ‘trust in public administration is one of the fundamental aspects of democracy, and the level of citizens’ involvement in decision-making processes is closely correlated with the quality of public administration and its ability to engage in a constructive dialogue with the citizens. The quality of life and the comfort of the citizen in a democratic state depends on the quality of the act of governing ”.

“The European Union encourages the promotion of an active role of citizens and civil society organizations in the Republic of Moldova in the process of monitoring reforms. The Republic of Moldova has made significant progress in establishing a legal framework for the transparency of public finances and the involvement of civil society in the budgetary process. However, there are multiple challenges in implementing these practices, especially at the local level. Providing public access to information on budgetary processes at the local level will contribute to budgetary transparency and have a positive impact on indicators of socio-economic and human development, this will also help increase competitiveness and reduce corruption. ” Gintautas Baranauskas, Deputy Head of the Operations Section of the European Union Delegation to the Republic of Moldova, stated.

Stephan Malerius, Deputy Head of the Finance and Project Management Department, Konrad Foundation (KAS), Germany, considers : “Public budgets represent the basis for development. They are an essential tool that covers the needs of citizens, whether it is health, education or other relevant areas. The most important thing is to generate all potential resources and use them efficiently in order to provide public services. Here we are talking about transparency and how the Government conveys the message to the private sector and what is the effect of the social impact of these decisions. We need to focus on building a relationship of trust with citizens. Budgetary participation is one of the most democratic instruments and is connected to the mobilization of citizens through policies designed to bring efficiency. It is a great responsibility to include people in this process, because this is how the community decides how to spend public money, bringing maximum transparency”. 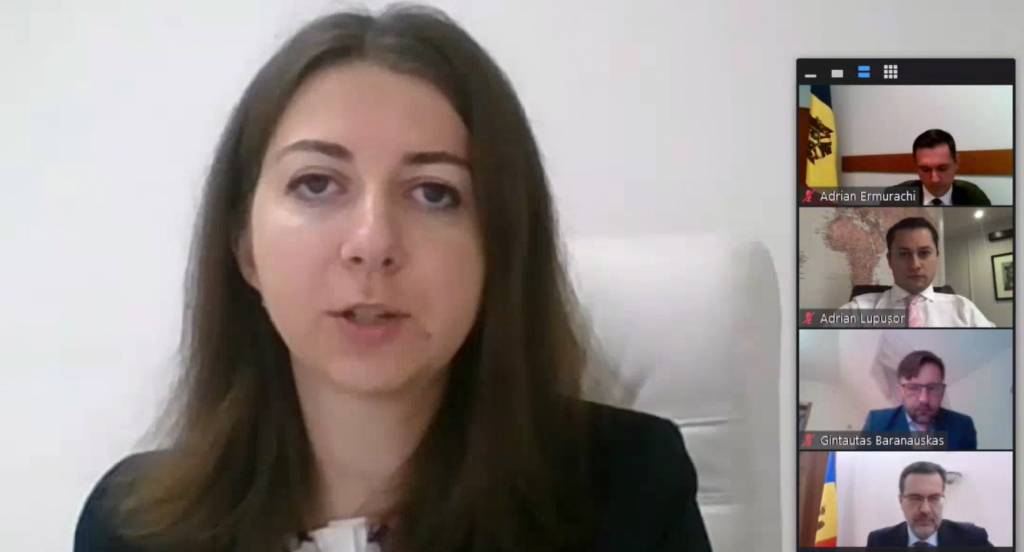 “The participatory budget must primarily tackle the improvement of life’s quality in the community, by encouraging citizens to get involved in defining priorities and investment objectives in the local budget. It must be an open, transparent and inclusive process through which community members can be directly involved in formulating decisions on spending priorities from the local budget “, said Tatiana Ivanicichina, State Secretary, Ministry of Finance of the Republic of Moldova.

Igor Munteanu, Chairman of the Parliamentary Committee on Public Finance Control, said: “Budget transparency is a veto and accountability factor of all public institutions in a democratic state, as well as a guarantee of increasing the trust of citizens and external partners in the decision-making process. Therefore, the amplification of the mechanisms for citizen participation in this pluralistic process is a condition for the vitality of the political system and for the legitimization of the democratic process. Our commission carries out parliamentary scrutiny of the way state institutions collect financial resources and evaluate audit reports. I would like to draw some conclusions. First, performance has unfortunately not become the central criterion for the allocation of public resources and their use. The second is that the process of strategic budget planning continues to be difficult and non-transparent and decisions are often politicized and imperfect. These shortcomings that we identify hinder the good achievement of budgetary transparency and it is imperative to train the involved actors to establish a macro-financial framework as realistic as possible.

In his turn, Marian Lupu, President of the Court of Accounts, mentioned: “An orderly, transparent and efficient system of tax collection and the proper use of these means is in fact the thing that underlies the state itself (…). As a representative of the Court of Accounts of the Republic of Moldova, I express a firm institutional position in support of this initiative and announce our full openness to participate in these processes together with other colleagues from the Central, Local Public Administration and Civil Society representatives.

During the the second panel, discussions took place at the level of experts, based on the statements and opinions from the first panel. Discussions focused on existing constraints and practical approaches to overcoming constraints affecting the promotion of budget participation at central and local level.

Elena Pereu, Deputy Mayor of Straseni City, said: “Our mayor’s office has always opted for participatory budgeting of citizens. Any draft budget, annual development plan, local political document is developed with the participation and consultation of citizens. In the permanent agenda of the authorities are included the meetings with citiziens from all across the area and neighborhood, before starting any project. We mention that we have a Regulation with the financial participation of the citizens in projects from the locality, and 70% is the sum of the contributing citizens and 30 from the local budget. We have also signed a collaboration agreement with local public associations, for a better collaboration. Due to the support of the project, the Local Coalition was created and the Memorandum of Cooperation was signed. All the activities within the project strengthen the capacity of local public authorities for better governance, which is focused on the needs and interests of citizens ”. 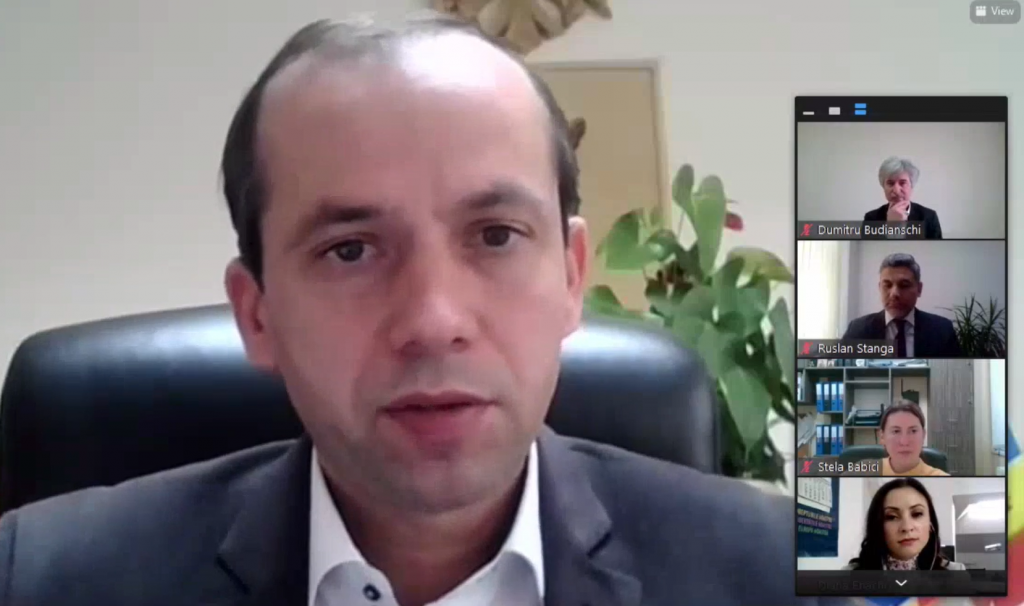 “The city of Cahul was the first locality in the country whose authorities in 2007, at our initiative, of the civil society, approved a percentage of the local budget for project competition (…). A budget participation regulation was approved by the Council last year. For the 2020 budget, we set aside one million lei and we had up to 14 projects that are now being implemented. For 2021, we have planned about 1.3 million lei and to date we already have over 30 projects with budgets of up to 100,000 lei “, mentioned Nicolae Dandis, Mayor of Cahul Municipality.

Giovanni Allegretti, Senior Research Fellow, CSS (Center for Social Studies) – University of Coimbra, Portugal, stated: “It is important to emphasize the need to expand Local Coalitions from the local to the national level. In a society we need more coalitions because there are various important topics. Portugal has taken an important step towards participatory budgeting. Projects related to participatory budgeting have been implemented in two regions, first one is related projects related to participatory budgeting in schools and the second is related to the general state budget. But it is important to mention that the focus is on the young generation and one of the reasons is that since 2014 a network of mayors has been created, which actively deals with budget participation. They show the state that they are becoming more transparent and ask the state to do similar things at regional and local level. Such a model could be implemented in the Republic of Moldova as well”.

Please find here the video registration of the Annual Forum for Participatory Budgeting.

The project ”Inform, Empower and Act! .Civil society for good budgetary governance in the Republic of Moldova”implemented by „Expert-Grup” Independent Think-Tank as lead partener in consortium with the Konrad Adenauer Stiftung Foundation e.V. (KAS, Germany), the Institute for European Policies and Reforms (IPRE) and the Eastern European Studies Center (EESC) from Vilnius, Lithuania. The project is implemented with the financial support provided by the European Union and Konrad Adenauer Stiftung e.V.