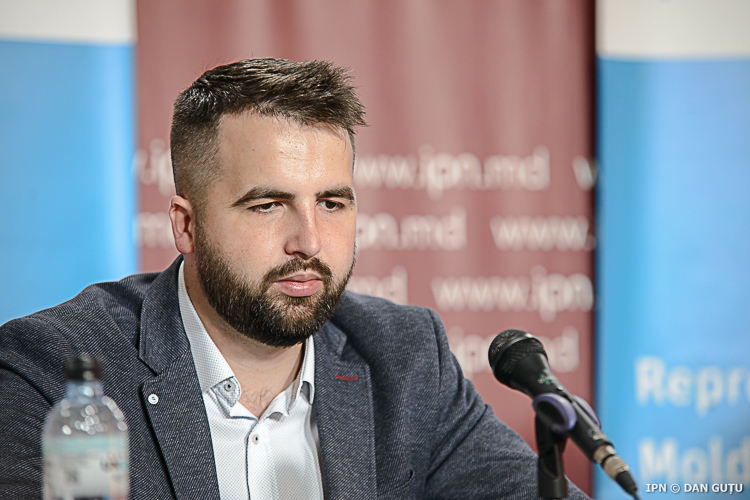 If the voter turnout in the presidential runoff exceeds 50%, the chances of winning of the PAS’ candidate Maia Sandu will be rather big. If the voter turnout is lower, her opponent will stand to gain. To win a victory in the runoff vote, Maia Sandu needs the support of electors who voted for Renato Usatyi in the first round, Mihai Mogîldea, team leader at the Institute for European Policies and Reform, stated for IPN.

Mihai Mogîldea believes some of the supporters of Renato Usatyi could support Maia Sandu because they are disappointed with the results achieved by Igor Dodon during four years or had particular expectations of Igor Dodon, but these weren’t met. In 2016, Renato Usatyi announced his support for Igor Dodon and his sympathizers then voted for Igor Dodon. The current campaign was yet anti-Dodon and the voters of Usatyi could migrate to Maia Sandu in opposition to Igor Dodon, not necessarily in support of Maia Sandu. These voters want to see someone else President instead of Igor Dodon.

Some of the candidates of the right also threw their support to Maia Sandu after the first round of voting and such a gesture was expected. Mihai Mogîldea considers this is a gesture of maturity of those candidates as the platform they presented in the election campaign was anti-President Igor Dodon. Respectively, it was normal for them to state their support for Maia Sandu for the runoff. However, the support of the candidates of the right is rather small: about 8% together. This support will increase Maia Sandu’s chances of winning the runoff, but will not be decisive.

In another development, Mihai Mogîldea said the results of the first round of voting mainly coincided with the results of the polls conducted before the elections. The massive turnout in the diaspora was unpredictable yet and the interest expressed by the diaspora obliges the electoral authorities to pay special attention to the organization of the runoff and the future elections outside the country.

Mihai Mogîldea noted a change was seen in the organization of elections for voters from the Transnistrian region. The size of illegal transportation to the polls was now smaller than at the last parliamentary elections given the CEC’s decision that banned the movement of vehicles with more than eight seats on the election day. The police should examine the committed violations and submit the materials to the PGO as there is not only organized transportation of voters in the Security Zone, but also voter corruption that carries punishment. The police and the PGO should announce the penalties imposed for such illegalities.

The commentator said he expects the voter turnout at the runoffs will be higher, especially among voters with pro-European views. “I expect the voter turnout will be of 50% and we will have more voters in the diaspora, over 200,000, which will be an unprecedented turnout for our country. As a result of such active mobilization, we will have clarity or probably bigger representation in electoral terms, which is definitely expected and is an important pillar of democracy in our country,” stated Mihai Mogîldea.