Home - Press Releases, Uncategorized - A Reality Check – Where is Moldova after six years of implementation of the Association Agreement with the EU?

A Reality Check – Where is Moldova after six years of implementation of the Association Agreement with the EU? 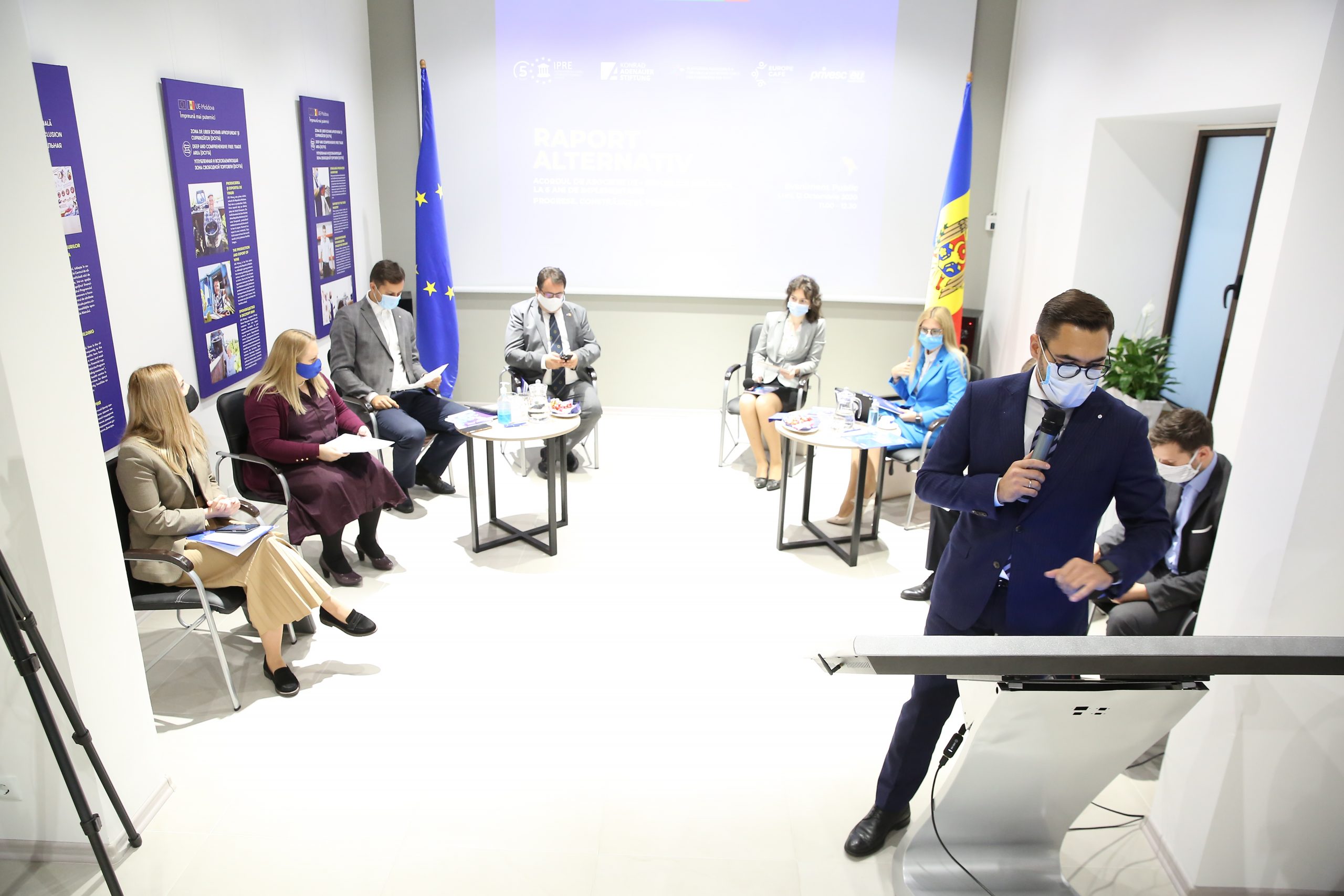 The Institute for European Policies and Reforms (IPRE), in partnership with the National Platform of the Eastern Partnership Civil Society Forum and the EU Information Centre “Europe Cafe”, as well as with the kind support provided by the Konrad Adenauer Foundation Republic of Moldova, presented on Tuesday, 12 October 2020, at a public event, the main findings of the Shadow Report: Six years of implementation of the EU-Moldova Association Agreement.

Please find below the highlights from the key interventions of the speakers during the public event, moderated by Sorina Ştefîrţă, communication expert and Chair of IPRE Board. 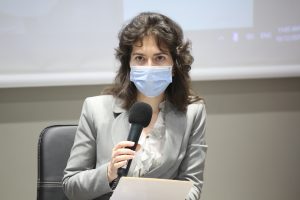 Daniela Cujba, Secretary of State, Ministry of Foreign Affairs and European Integration: “The impact of the pandemic is felt by all of us, but thanks to the use of digital formats, we still could follow the original EU-Moldova agenda, so that the meetings of the Association committees and sub-committees are carried out according to the plan. We believe that we will be able to organise them all by the end of the year, which will help us to continue the assessment of the implementation of the Association Agreement, identify implementation challenges and agree on new priorities. All the findings of these meetings and together with the priorities also reflected by IPRE’s shadow report will help us to finalise an important document for our relationship with the EU, which will be the new Association Agenda for the next period, which will set short- and medium-term priorities in our relations with the EU. This will be an integral part of the future action plan on the implementation of the Association Agreement, which we will traditionally also consult with civil society.” Iuliana Drăgălin, State Secretary, Ministry of Economy and Infrastructure: “Progress in all these six years allows us to assess the real and positive impact that the Association Agreement has on Moldovan citizens. the DCFTA continues to be an important factor in determining the configuration of Moldova’s external trade. All planned actions and events take place, in spite the pandemic issues. At the same time, we are also aware of the challenges and backlogs that exist, but that can be overcome, only as a result of a teamwork, with the conscious involvement of all the institutions involved in this process. The COVID-19 pandemic has affected all European states, and the measures planned by the Ministry of Economy at the moment are aimed at maintaining and recovering the business. As the key national coordinator on the DCFTA implementation, the Ministry of Economy will consolidate its efforts in implementing the commitments, by aligning with EU rules, in particular regarding the access of goods to the external market, the removal of technical barriers to trade, the improvement of the sanitary and phytosanitary system, the simplification of customs procedures, and supporting the development of SMEs. At the level of implementation of the Association Agreement, the dialogue with the EU continues and our partnership is focused on strengthening a strategic dialogue and achieving priority actions.” His Excellency Peter Michalko, Ambassador of the European Union to the Republic of Moldova: “The Association Agreement is an extraordinary tool for the development of the country, so as to help Moldova to implement European standards, which is the ultimate goal, that of bringing a better life for the citizens. I would like to stress that the Republic of Moldova remains an important partner of the EU under the Neighbourhood Policy and the Eastern Partnership. The stability and security environment of the country is closely linked to the EU and regional developments. This is even more important when faced with a pandemic. I have said before that the EU continues to provide the necessary support to the Republic of Moldova, providing with diverse range of support for the future. I just want to mention here a few figures: EUR 108 millions of EU bilateral support and EUR 900 millions granted via financial institutions, plus EUR 100 millions of emergency macro financial assistance. A year ago, we were talking about the fact that we need to do more. Unfortunately, for all of us, in terms of the continuity of reforms, I think we can talk more about stagnation, and in some cases even about steps backward. Not only do we not see a vision for reform, but we see successive changes to the legislation – either without public discussion, as was done in the amendments to the Law of the Prosecutor’s Office, or contrary to what recommended by the Venice Commission in reference to the new composition of the Supreme Council of Magistracy. Moreover, we see the return of old practices – from the promotion of judges with questionable integrity to the closure of hearings in some cases of high public interest. The Republic of Moldova has not yet passed the test of the investigation and recovery of bank fraud from 2014. We have a long period of inactivity and no consistent public information about the state of the investigations. Moreover, we have seen worrying actions that jeopardise the independence of the National Bank of Moldova and the stability of the banking sector. There was no political will to create a stronger and more favourable framework for credible and inclusive elections, for the protection of human rights and for freedom of the press. In the near future, a new test for Moldova’s democracy – the presidential elections. I continue to believe that, having an instrument such as the Association Agreement, Moldova has a very good chance of developing.” 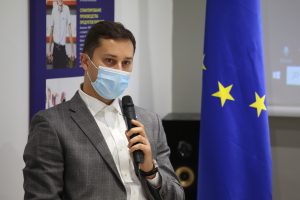 Adrian Lupuşor, Executive Director, Expert-Grup, Facilitator of the National Platform of the EAP CSF: “Our trade with the EU has become more balanced. Moldova has become more competitive on the EU’s market. The main beneficiary of the Association Agreement is the agri-food sector, which is where we have seen the strongest export growth. The Association Agreement has a much stronger impact on the industrial sector, which was liberalised. The agreement with the EU has been of great benefit to the national economy. After six years, the figures are impressive. Moldova’s exports to the EU increased by USD 3.5 billion. However, the real potential of the Association Agreement has not been fully exploited. To date, we cannot export products of animal origin. If we look at the structure of exports, we see that diversification in the EU market has remained a problem. Half of agri-food exports in 2019 went to only: Romania, the United Kingdom and Italy.” Iulian Groza, IPRE Executive Director: “We see progress in those areas of the EU-Moldova Association Agreement, which have been conditioned by EU’s budget support and macro-financial assistance programs. Unfortunately, no tangible progress was attained in the implementation of the values part of the Association Agreement, particularly in the area of strengthening democratic institutions and the rule of law. The European Union remains the most important development partner of the Republic of Moldova, diversifying the support framework for various actors of change, strengthening dialogue and cooperation with civil society, local authorities, SMEs and local communities. EU’s image among Moldovan citizens continued to improve. Over the past year, the process of implementation of the Association Agreement has been hampered by the lack of a new national planning document for the year 2020. For the most part, national authorities have focused their efforts on gaining on the 2017-2019 NAPIAA arrears and the priority actions provided for in the 2017 Memorandum of Understanding on EU Macro-Financial Assistance, as well as the eight additional general requirements set by the EU in February 2020. Nevertheless, Moldova missed EUR 40 million in assistance in 2020. On the positive side, Moldova managed to agree with the European Commission on a new EUR 100 million in anti-crisis macro-financial assistance programme to address the consequences of COVID-19. This is on top of the direct assistance provided by “Team Europe” for the management of the pandemic crisis in the Republic of Moldova.” Iulian Rusu, Deputy Executive Director, IPRE: “Democratic institutions remain fragile and continue to be affected by narrow political and economic interests. We are witnessing insufficient progress in the area of ​​justice, freedom and security. The regulatory framework in the field of foreigners and their integration has been completed. The controversial regulations on so-called ‘investment citizenship’ have been repealed by Parliament. Six years after visa liberalization, 2.3 million citizens travelled to the EU using biometric passports. In the latest report on the application of the visa suspension mechanism, the European Commission considered Chisinau’s actions generally positive, but drew attention to the need to reduce unfounded asylum applications from Moldovan citizens. The rule of law remains a challenge, given the controversial initiatives of the SCM, as well as the judges who have been proposed to be appointed to leadership positions at the Court of Appeal and Supreme Court. However, progress has been made in promoting a new strategic planning document in the justice sector. At the same time, there are some developments in the implementation of the Deep and Comprehensive Free Trade Area with the EU. The EU remains the most important economic partner of the Republic of Moldova, with over 63% of Moldovan exports targeted on the European market and almost 50% of imports from the EU”. 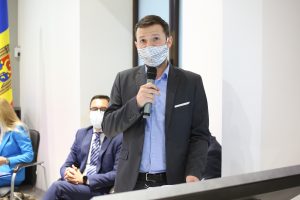 Stanislav Ghiletchi, Deputy Executive Director, IPRE: “As in previous years, we are witnessing moderate progress in the field of EU-Moldova sectoral cooperation. Public administration reform did not make significant progress. The construction of the Ungheni-Chisinau Gas Pipeline was completed. The development of road infrastructure remains a key priority, given the current state of road arteries. Household waste continues to be a major challenge for the authorities. The area of regional development made significant progress in adjusting policy documents and changing the sector’s approach, from reducing disparities to increasing competitiveness and promoting sustainable development. The help of development partners was crucial in supporting the public health system afloat. The COVID-19 pandemic highlighted the low capacity and weak resilience of the national public health system in the Republic of Moldova. In the future, the approach to the medical system should be changed and emphasis should be on increasing investment in hospital modernisation. Limited progress was made, and the technical actions implemented have not contributed to increasing media freedom or solving the monopoly in advertising. A positive development is the adoption of the new Law on Non-Commercial Organizations was adopted in the final reading, but the dynamics of the relationship between civil society and authorities remain difficult”.

Watch the online public event on the presentation of the Shadow Report in RO here.

The IPRE report was developed within the framework of the IPRE Project “Monitoring the implementation of the Association Agreement between the Republic of Moldova and the European Union”, carried out with the support of the Konrad Adenauer Foundation (KAS).