Home - Press Releases - Implementation in the sixth year: Shadow Report on the main progress, constraints and priorities in the implementation of the Association Agreement between the European Union and the Republic of Moldova

Implementation in the sixth year: Shadow Report on the main progress, constraints and priorities in the implementation of the Association Agreement between the European Union and the Republic of Moldova These are the main findings of the Shadow Report: Six year of implementation of the EU-Moldova Association Agreement, presented today by the experts of the Institute for European Policies and Reforms (IPRE), in partnership with the National Platform of the Eastern Partnership Civil Society Forum and with the support of the Konrad Adenauer Foundation in the Republic of Moldova.

IPRE experts have found EU has diversified the support framework for various actors of change, strengthening dialogue and cooperation with civil society, local authorities, SMEs and local communities. The EU’s image among citizens continued to improve. Thus, over 63% of Moldovans say they trust the European Union, according to a recent survey conducted in the Republic of Moldova and other Eastern Partnership countries.

The process of implementation of the Association Agreement has been hampered by the lack of a new national planning document for the year 2020. For the most part, national authorities have focused their efforts on gaining on the 2017-2019 NAPIAA arrears and the priority actions provided for in the 2017 Memorandum of Understanding on EU Macro-Financial Assistance, as well as the eight additional general requirements set by the EU in February 2020. Priorities relevant to the commitments in the Association Agreement were reflected in the Government Action Plan. The COVID-19 pandemic affected the efficiency of the coordination and enforcement process of legislative and implementing measures planned for 2020. At the same time, on 1 July 2020, the Governmental Commission for European Integration approved the Calendar on monitoring the implementation of the backlogs of the 2017-2019 NAPIAA for the period 2020-2023, a Government internal planning document that has not been made public.

Democratic institutions remain fragile and continue to be affected by narrow political and economic interests. We are witnessing insufficient progress in the area of justice, freedom and security. The regulatory framework in the field of foreigners and their integration has been completed. The controversial regulations on so-called ‘investment citizenship’ have been repealed by Parliament. Six years after visa liberalization, 2.3 million citizens travelled to the EU using biometric passports. In the latest report on the application of the visa suspension mechanism, the European Commission considered Chisinau’s actions generally positive, but drew attention to the need to reduce unfounded asylum applications from Moldovan citizens.

As in previous years, we are witnessing moderate progress in the field of EU-Moldova sectoral cooperation. Although progress has been made in the analysed areas, in some sectors initiatives have been partially implemented or their level of implementation was not as planned.

There are some developments in the implementation of the Deep and Comprehensive Free Trade Area with the EU (DCFTA). During 2020, Annex no. XV-C of the Association Agreement was updated, thus increasing the tariff quotas for some products (table grapes, plums and fresh cherries). The effects of the pandemic generated by COVID-19, as well as the severe drought faced in 2020 by the Republic of Moldova are key factors that will affect the level of trade with the EU, especially in the case of agricultural products included in the list of goods exposed to the circumvention mechanism. The negotiation, signing and implementation of the Agreement on Conformity Assessment and Acceptance of Industrial Products (ACAA) remains yet to be finalised.

Cooperation in the field of financial assistance, anti-fraud and control (Title VI) attests to some developments, but also important constraints. The EU remains the main development partner of the Republic of Moldova. Financial assistance was resumed in the second half of 2019, with the EU providing over EUR 53 million in direct budget support and EUR 60 million in macro-financial assistance, consistently applying the principle of strict conditionality. However, the Republic of Moldova missed the last tranche, of EUR 40 million, of the macro-financial assistance due to the non-fulfilment of the outstanding conditions on time. In response to the COVID-19 crisis, the European Commission initiated a reorientation of more than EUR 87 million to address the socio-economic consequences of the pandemic.

The Report may be consulted in Romanian and in English.

The IPRE Report was developed within the IPRE Project “Monitoring the implementation of the Association Agreement between the Republic of Moldova and the European Union”, carried out with the support of the Konrad Adenauer Foundation (KAS). 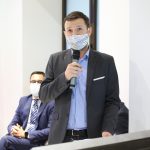 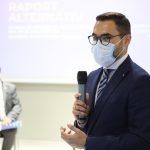 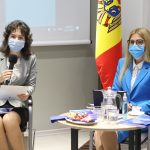 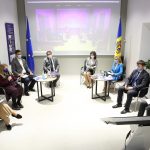