Home - IPRE in the Media, Opinions - The invisible stakes of presidential elections in Moldova, Op-Ed by Vadim Pistrinciuc

The invisible stakes of presidential elections in Moldova, Op-Ed by Vadim Pistrinciuc 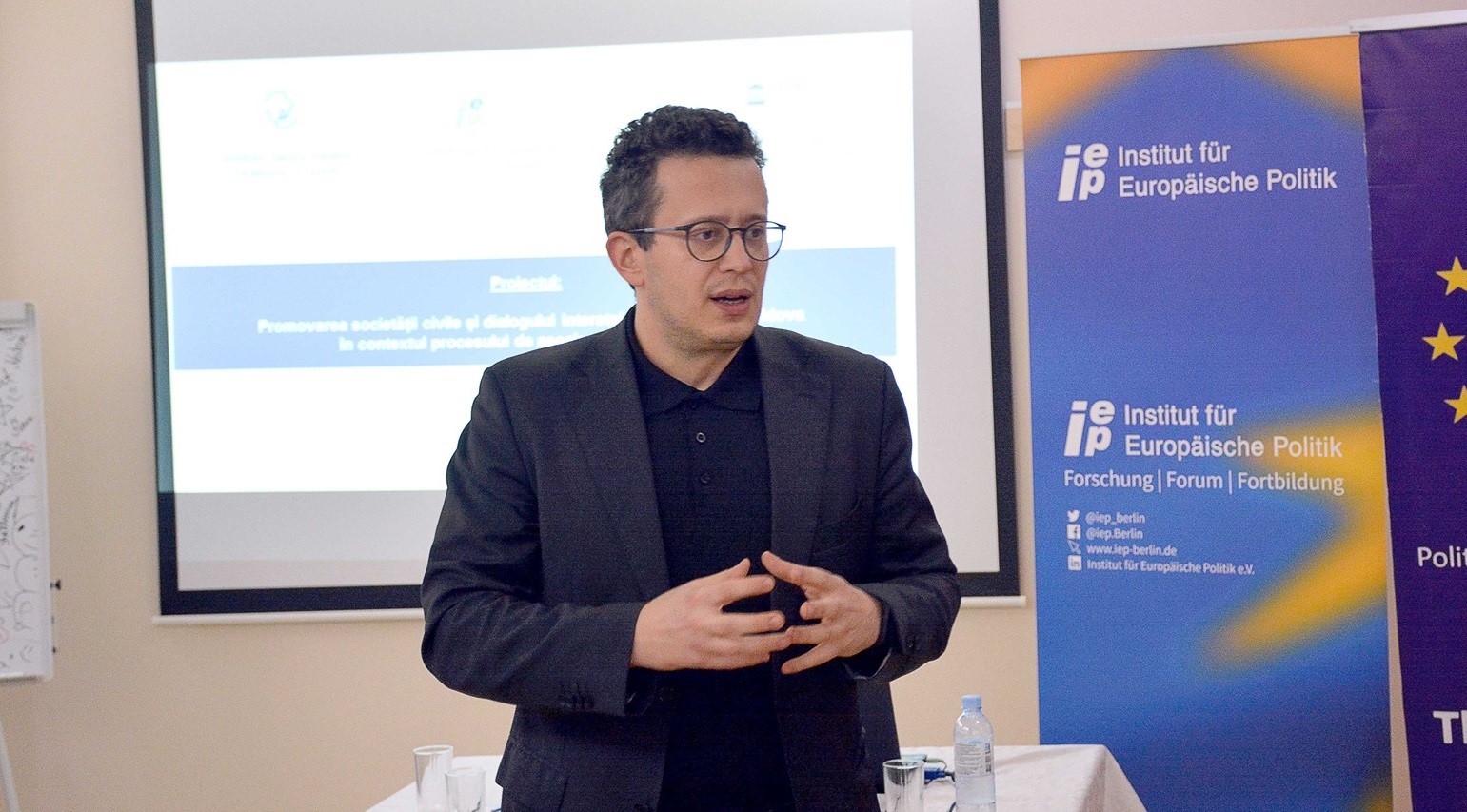 The 2020 presidential elections are probably the first ones that are not being referred to as „historic”, „the most important one in decades” or at least viewed as decisive for the future of the country. There are a few reasons for these general perceptions. Some people consider that electing a president with limited powers in a republic that is apparently parliamentary cannot be important, by definition. Others have every right to observe the fatigue of electoral effervescent processes much too frequent in Moldovan politics (not so long ago we went through the annulment of 2018 Chișinău local elections, the 2019 disputed parliamentary elections). Obviously, to a large extent the pandemic context impacts the narratives and social behaviour during elections. Whether people believe or not in the existence of the novel coronavirus, people understand that nothing is of a greater importance than they themselves and their close ones. There are political forces and citizens that do not regard direct elections of a president as constitutional and legitimate. But the importance of the 2020 elections does not lie in labels coming from militants and politicians, but in the real stakes for citizens hard to be grasped at a glance.

The most important stake of the 2020 presidential elections is safeguarding the tripartite social contract between citizen, institutions and state. In Moldovan politics, it has become a habit to  look at surveys just for ratings, overlooking the dynamics of nature to influence the way things develop. Citizens of the Republic of Moldova live on the edge of deception. A triumvirate, the social tripartite contract is important even for societies in transitions that are well familiar with corruption, weak and controlled justice, schemes and embezzlement of public money, rich and dirty politics. In these types of societies in which reforms are hindered, the contract is the only driving force that maintains a minimum level of trust in politics, elections, justice, law. Clearly, people see and understand that they are being robbed, that the state does not function accordingly. Similarly, they feel that their vote can generate changes that get reflected in community projects, in courageous politicians (even if in minority), in media outlets that are still revealing billion worth of schemes. Hence, the unwritten contract is the most important asset that Moldova has at the moment.

The ultimate loss of people’s trust in their relationship with the state is the worst thing than can happen not only to Moldovan society, but also to Europe’s Eastern neighbourhood. To get disappointed in politicians is ordinary but to realize that the state institutions and justice run completely counter to your needs regardless of the vote, civic actions or revealed corruption, leads to an aggressive apathy and suppressed internal protest that, to the satisfaction of reactionary institutions and politicians, takes the form of migration. But this is not the only form of protest that people are capable of. Politicians’ bet that there are no people and critique mass left is a false one: sociological trends and similarities to other states are a case to the point. There are enough causes and people to take by surprise the reactionary kleptocracy – high hostility on people’s side determined by the rupture of the social contract with the state can generate protests of unknown magnitudes.

Taking over the role of a popular power pole regardless of political preferences, the head of state is in capacity to solve the problem of lack of trust in the state. Similarly, the president can direct people towards modernization, rule of order and discipline, equal redistribution of the public budget. A fair president, elected by people and in the service of people that does not protect the kleptocracy, will not get invoke limited constitutional powers. How many times did the incumbent president come before the Parliament with fundamental issues aiming at dismantling vested interests, monopolies, rigged acquisitions by state enterprises or put an end to smuggling? The answer will point to the course of action.

The fight for strong state institutions antagonistic to political corruption is another fundamental stake of the current campaign. The election of a head of state that is also serving as a guarantor of the state institutions’ rebuilding process is key for a couple of reasons. First, with no functional institutions, i.e. independent of political control, the Republic of Moldova cannot modernize. Not to mention the depleted internal resources and the fact that international partners will not invest eternally in Moldova. Here is worth mentioning that for the past twenty years Moldova keeps creating institution to fight corruption, drafts new pieces of legislation, opens, closes down and resets various agencies, carries out information campaigns, introduces new KPIs – all apparently up to date.

Second, state institutions are about geopolitics and citizens’ security. With diffuse institutions, easy to access with external funding, Republic of Moldova cannot be a reliable foreign partner. Porous institutions and justice are harming the country’s resilience to hybrid attacks, its capacity to face regional disputes, solve conflicts, set up mechanisms that fight regional trafficking networks, organized crime or money laundering. The issue is not being overlooked by European Union’s institutions. In fact, European diplomacy regularly signals not just the need to reform the justice system, but also the duty to investigate the banking theft and the Troika Laundromat cases. The reason is as simple as it gets – this is how a state should function. A crime should get the punishment it deserves. Not least, state institutions that operate on feudal grounds nurture an immense feeling of insecurity among people. It is already anecdotal how in Moldova nobody frowns when those who killed people or trafficked children are set free „according to the legislation in place.”

Weak institutions penetrated by money and foreign interests severely impact state’s capacity to provide services and a safe social net. The Covid-19 pandemic came to prove it – institutions clustered into a separate ecosystem react to neither the internal recommendations of good and honest professionals (increasingly less of them), nor to the external impulses be it administrative ones or those coming from the society. State corruption turned a number of public services into a bulletproof ecosystem. Only in Chișinău one can hear speakers and presidents complaining that someone is stealing their MPs, prosecutor general who is being obstructed, ministers whose policies are being ignored, investigations that are of great interest to pensioners and virtually none to the law enforcement officers. Truth to be said – all those who keep complaining are faking it; in fact, they are all the direct beneficiaries of the institutional weakness.

The European stake, although less noticeable, is not that verbalized in the current campaign. Apparently, the pandemic and collateral crises that people are getting through, are the reasons why personal and imminent stakes prevail over the European one. Still, majority of citizens of the Republic of Moldova see their future close to the EU. This is in fact acknowledged even by those who up until recently challenged the European course and speak nowadays of a “balanced” foreign policy.

But the thing that needs to be addressed is the understanding of the fact that the EU will not be the unconditional supporter of Moldova, that help and European projects will not happen for the sake of rhetoric and mimicked reforms. Things have changed both inside the European block and  its neighbourhood policy. Institutional fatigue as well as the wish to see real changes in justice and state building  functional institutions able to resist hybrid attacks will define our relations with the EU. A relationship that could be door opening to investments and social infrastructure projects, a relationship with a big role for president to play. The head of a state that seeks more openness on the EU side cannot be the protector and embodiment of state delinquency, a player that dribbles with illegalities while telling stories that corruption is not a crime and merely a game, that regress means development, that the bad is, in fact, the invisible good.

Safeguarding the social contract between citizens and the state, the fight for strong and functional institutions coupled with a real fight against corruption are the stakes of people in this campaign even tough not on the surface. The cruel realities of the past months showed us all what the costs of a weak state are, what price we all pay when leaders are focused on their own interests and games – opaque deals, schemes and robbery during the pandemic, loss of incomes and jobs, a health system on the verge of collapse, lack of order and discipline, inability to intervene in order to save the economy, window dressing instead of serious structural changes projects. Failing the stakes of the campaign, regardless of the powers of a president, will mean less opportunities for people and more poverty. Citizens have to make the right decision not because this is a historic chance but to prove that bad things are disturbing, that crime and corruption are negative and marginal phenomena, which one should fight against and not honour. The special thing about the 2020 presidential elections is the fact that, for the first time, everybody can see and feel the direct link between weak corrupted state institutions and poverty. We have all received a “sample” that ought to mobilize us towards the right choice. Not because of Europe, not because of institutions, but because of personal and family interests, and namely that we do not wish to live in poverty and crime.

The plea for this election is crystal clear – avoid the one that promises all things to stay the same.

Vadim Pistrinciuc, the Executive Director of the Institute for Strategic Initiatives (IPIS)
—

This Op-Ed has been developed within the project “Policy Bridges with the EU: Securing the Europeanization process in the Republic of Moldova”, implemented by IPRE with the support of the Soros Foundation-Moldova, as well as within an IPRE partnership with IPN in the project “We and Europe”, supported by the Konrad Adenauer Foundation in the Republic of Moldova. The views expressed are the one of the authors and do not reflect the position of the Soros Foundation-Moldova, KAS or IPN.