Home - Press Releases - #WEandEU: Discussion with Edinet citizens about the opportunities offered by the Association Agreement with the EU

#WEandEU: Discussion with Edinet citizens about the opportunities offered by the Association Agreement with the EU 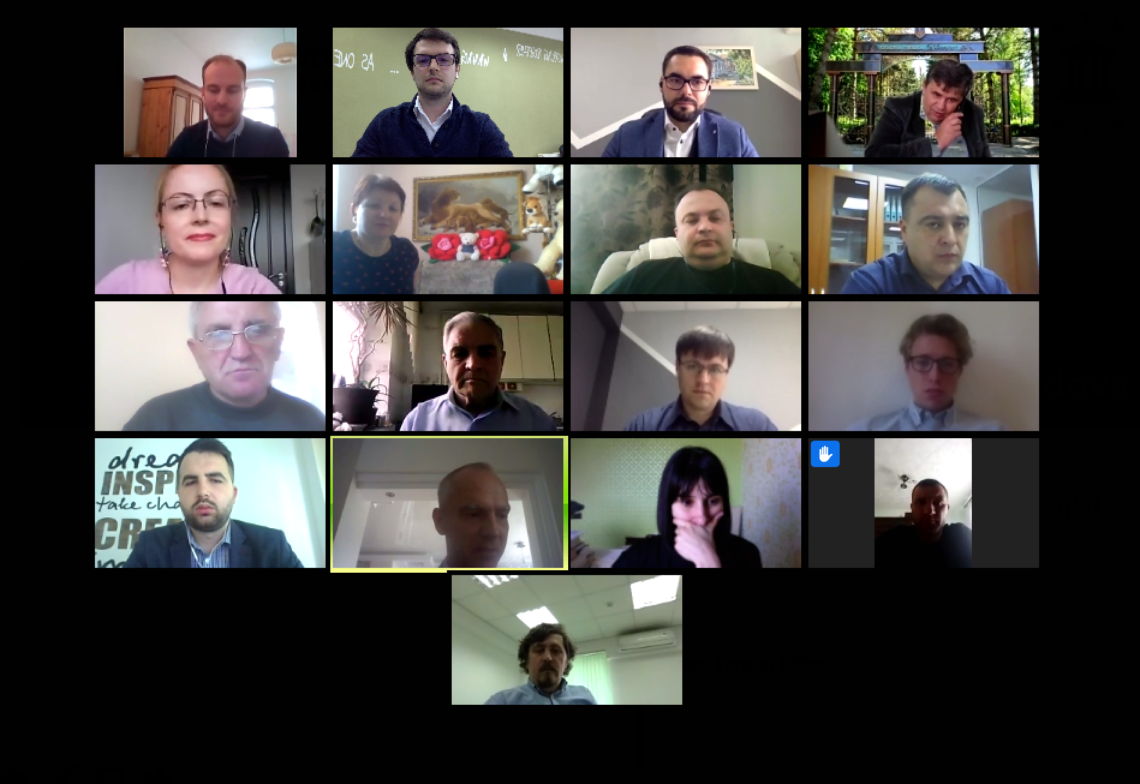 The Institut für Europäische Politik based in Berlin (IEP), in partnership with the Institute for European Policies and Reforms (IPRE) and the Institute for Strategic Initiatives (IPIS) organized on June 4th, the fourth EU awareness workshop in the framework of the project “EU Perceptions and Reality in Moldova (WE and EU)”.

The event was organised via videoconference and was attended by 30 representatives of civil society, academia, entrepreneurs and representatives of local public administration from Edinet rayon. The purpose of the workshop was to provide information on the benefits of the Association Agreement and on the possibility of accessing EU funds. The online event was also attended by Ullrich Kinne, Deputy Head of Embassy of the Federal Republic of Germany in the Republic of Moldova, who underlined the importance of the assistance provided by the EU to the citizens of the Republic of Moldova.

In the first panel, Mihai Mogildea, Team Leader of the Europeanization Program at IPRE, spoke about the volume of EU assistance for the Republic of Moldova. For example, between 2009 and 2019, the EU, together with its member countries, European Investment Bank and European Bank for Reconstruction and Development, have offered more than 1.9 billion EUR to Moldova. More than 50% of this support is non-reimbursable.

Iulian Rusu, Deputy Director of IPRE, spoke about the current trade relations between the EU and the Republic of Moldova and the steps that should be taken by SMEs to fully benefit from the Association Agreement.

In the second panel, Vlad Kulminski, expert at IPIS, talked about the spread of false news regarding the EU-Moldova relationship, which increased during COVID-19. Later, we had interventions from the mayor of Edineț, Constantin Cojocaru, the mayor of Chetroșica Noua, Eugenia Dociu and the mayor of Cuconeștii Noi, Chimacovschi Irina. Representatives of the local authorities presented the local perspective and citizens’ perception of the support provided by the development partners.

During the event, IPRE presented the infographics and EU success stories developed within the project:

2) (Video) Six years since the liberalization of the visa regime between the EU and the Republic of Moldova: tangible results for Moldovan citizens

4) (Infographic) Liberalization of the visa regime between the EU and the Republic of Moldova.

During the debate session, moderated by Iulian Groza, the participants shared the needs of the Local public authorities and the priorities of the local civil society. The following areas that need financial support were identified: Expanding water and sanitation projects and developing opportunities for young people and entrepreneurs.

The project “EU in Moldova: Perceptions and Reality (WE and EU)” was launched in July 2019 and will last 12 months and aims to make a substantial contribution to overcoming the social dividing lines of the EU rapprochement process in Moldova by promoting informed intra-societal dialogue on the values and norms underlying the Association Agreement and the concrete benefits of modernising Moldova in the course of the EU rapprochement process. The project is implemented with the support of the German Federal Foreign Office (Auswärtiges Amt).