Home - IPRE in the Media, Opinions, Publications - The case of neutral license plates: vacuum in communication or communication in a vacuum? Op-Ed /// IPN.MD 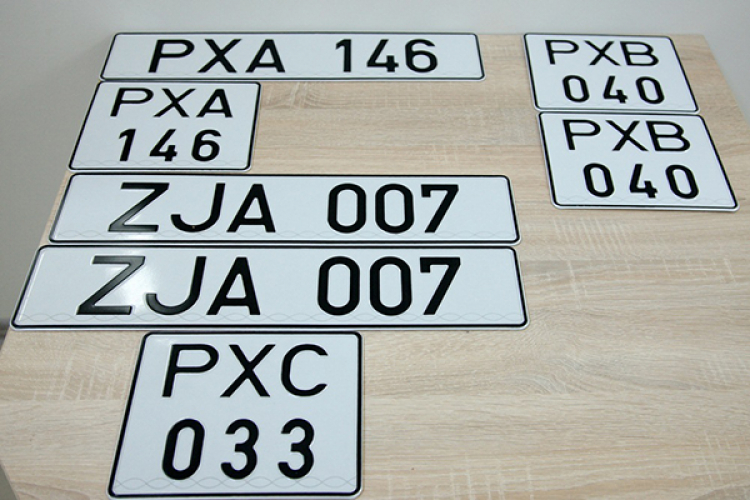 „Throughout the previous week, the issue of neutral license plates has returned to the attention of the public. This was due to differences of opinion between Chisinau and Tiraspol, artificially inflated by the separatist regime from the left bank of the Dniester. Behind these divergences, there were two decisions regarding the temporary limitation in crossing the state border, applied to both vehicles with Transnistrian numbers and those registered in the Republic of Moldova, on the border segment controlled by the separatist authorities. Late statements and vague press releases issued by the authorities of the Moldovan government on this subject have once again shown that there are major deficiencies in the strategic communication with the media and the citizens regarding the evolution of the Transnistrian dossier.”

According to the data of the Public Opinion Barometer (BOP), presented on December 30th, 2019, Moldovans are not satisfied with the state’s activity in solving the Transnistrian conflict (10.8%). Among the most important problems to be solved in the Republic of Moldova, citizens placed the necessity to resolve the Transnistrian one only on the ninth place, at a great distance from socio-economic issues.

BOP data becomes even more relevant when one looks at how the political discourse on settling the Transnistrian conflict has evolved over the last four years. If during Filip’s government they tried to concentrate efforts on fulfilling the commitments of the “Berlin Plus” package, with the entry of the Socialist Party in government and the strengthening of President Dodon’s positions, some discussions were revived on the project of federalizing or offering a special status to Transnistria. At the end of last year, it was not possible to sign the Bratislava Protocol, which showcases how a policy of “small steps” has been put on stand-by, at least for the moment. Regardless of political colour and the commitments made in the governmental program, most of the political decision-makers from Chisinau acknowledged that negotiations on the Transnistrian dispute cannot move in a certain direction as long as there is no consolidated position of the society on how to solve it.

Societal polarization on the Transnistrian problem was partly caused by the lack of communication between the authorities and the society. Closed and secreted negotiations carried out in the “5 + 2” and “1 + 1 ” formats, lack of public consultations a la carte on the protocol decisions in the “Berlin Plus” package and evasive communication with the media regarding Chisinau’s commitments assumed in relation to Tiraspol, were the main deficiencies registered after 2016. A good example in this regard is the dossier of neutral plates, characterized by a lack of transparency and several administrative ambiguities.

The dossier of the neutral plates has been attracting the attention of the general public since April 2018, when the final formula of the Protocol Decision “On the Participation in the International Road Traffic of Transnistrian Motor Vehicles, not Involved in Commercial Activities” was negotiated. Signed on April 24, 2018 in Bender, this document generated a series of debates amongst environmental experts from Chisinau, questioning the effectiveness of the Protocol Decision for the Transnistrian settlement process in the legal parameters of the Republic of Moldova, but also the negotiation strategy of Chisinau on this dossier, visibly influenced by the OSCE.

The consultation process for this Protocol Decision was something of a travesty, with a consultative working session organized with the participation of  public authorities, diplomatic missions and civil society representatives, on April 23, 2019, just one day before the protocol decision was signed. The government authorities did not provide the necessary time to collect proposals for improving the text of the protocol decision and did not take into account the suggestions made by the representatives of the civil society.

One year and 8 months later, on January 14, 2019, the Border Police issued a press release announcing that starting from January 10, the crossing of the state border by vehicle with Transnistrian license plates has been stopped. In addition to the fact that the information was submitted post-factum, four days later, after the prohibition of movement of these means of transport across the border, there was no reference as to the temporary nature of this decision. Only on January 15, the Bureau of Reintegration published a press release stating that “a decision on the terms of application of the mentioned testing regime and on the possibility to extend the exceptional procedure for crossing the border, will be taken on the basis of information received from the Border Police”, without explicitly mentioning the timeframe of the testing regime.

Tiraspol’s reaction followed shortly with the announcement of the so-called Security Council of the Transnistrian Republic of Moldova on January 17, 2019. According to it, starting January 24, the access of cars registered in the Republic of Moldova through the Moldovan-Ukrainian border segment controlled by the separatist authorities would be restricted. Tiraspol’s leadership motivated this decision with a similar response to the alleged violations of the protocol decision, committed by the Chisinau authorities.

On the same day, the Government and the Presidency released dissimilar messages, showing once again that there is no effective inter-institutional coordination about the steps taken on this subject. On the one hand, President Dodon held a telephone conversation with Vadim Krasnoselski, agreeing that “the responsible institutions should urgently identify solutions to avert a crisis.” On the other hand, the Bureau for Reintegration did not come with any official reaction to Tiraspol’s response, announcing later, on December 20, that the testing regime at the Moldovan-Ukrainian state border for the cars registred in the Transnistrian region was suspended. The Border Police did not communicate in any way about the ending of the testing period, the results of this exercise and the problems detected.

The reaction of the OSCE Mission to these events was elusive, even though they mediated the negotiation process for the signing of the protocol decision and could have adopted a position on the terms of application or, at least, on the terms of testing of the protocol’s provisions. The head of the OSCE Mission, Claus Neukirch, expressed concern over the recent developments, calling on the responsibility and reason of both parties. The legitimate question in this case is whether the OSCE Mission was informed by the Moldovan authorities about the intention to introduce this testing regime.

Briefly, our authorities have (again) found themselves in a difficult situation. In the official communication with citizens and the press, no government decision-maker condemned the illegal and unconstitutional decision of January 17 of the Tiraspol regime. Both President Dodon and Deputy Prime Minister Alexandru Flenchea have avoided to expressly explain to the citizens that Tiraspol has ignited tension and wanted to create a “crisis situation”. Due to the lack of communication on the testing regime, its period, but also failure to let the population of the left bank of the Dniester know in advance about its application, created the appearance that Chisinau gave in its positions under Tiraspol’s pressure.

It is acceptable that some aspects of the government’s public discourse of officials can be tempered. The official position presented on the process of negotiations with Tiraspol cannot include a review of all the aspects discussed, as well as of the strategy adopted by the Government of the Republic of Moldova in the discussions with the separatist regime.

At the same time, it is absolutely necessary for the citizens of the Republic of Moldova to know in advance what the purpose of the negotiations is for signing the protocol decisions, or any other agreements for that matter, what are the red lines that will not be crossed, what Chisinau’s long-term strategy is and how the evolutions in basket 1 and 2 can influence basket 3. These things need to be explained clearly and periodically, in order to keep the society connected to the stakes of the negotiation process in the “5 + 2” and “1 + 1” formats. Overall, a number of measures are needed to improve the strategic communication on the Transnistrian issue:
1) Active involvement of the civil society and the business environment in the consultation process prior to the signing of any protocol decisions or bilateral agreements between Chisinau and Tiraspol;

2) Periodic communication in the press and the media by the governmental authorities about the results of the activity of the sectoral working groups, established on different fields;

3) Use of discussion platforms between the Government and the Parliament to communicate to the deputies about the evolution of the negotiation process;

4) Initiation of information campaigns at national level, and especially in the localities in the security area, about the results and opportunities opened by the “Berlin Plus” Package.

The example of the neutral plate dossier highlighted a number of deficiencies in communication and interaction between authorities and interest groups in society. The Government of the Republic of Moldova should use all the tools available and the technical and financial support of the development partners to communicate effectively and periodically about the developments recorded on the Transnistrian issue. In the absence of the elements mentioned above, we cannot expect the consolidation of the society around a conflict resolution strategy, especially since the Transnistrian problem has been second in the list of citizens’ priorities.

Given the political and electoral context of 2020, it is expected that president Igor Dodon will come with more “shortcuts” for  the Transnistrian problem. Most likely, they will refer to the drafting of a concept to offer a special status to the Transnistrian region and presenting it to the public, advancing the negotiations with the Russian Federation for the evacuation of ammunitions from the Cobasna depot and some bilateral meetings with Vadim Krasnoselskii, whose undeclared support will be needed in the presidential campaign. If the communication between government officials and society cannot be revitalized, some unilateral actions or reactions of Tiraspol may cause confusion and a poor understanding within the society living on the right bank of Dniestr.

Mihai Mogildea works as a Team Leader, Europeanisation Programme, Institute for European Policies and Reforms (IPRE). He is a graduate of the European Political and Administrative Studies master program at the College of Europe (Bruges).