Home - Implemented, Press Releases - Opportunities and perspectives for the Republic of Moldova within the current debates on the EU Multiannual Financial Framework for 2021 – 2027 The Institute for European Policies and Reforms (IPRE) in partnership and with the support of the Hanns Seidel Foundation organized, on December 9, 2019, a public event dedicated to the analysis of current debates on the EU Multiannual Financial Framework 2021 – 2027 and the new budgetary instrument for the EU neighbouring countries.

The event was attended by foreign and national experts, representatives of public institutions, civil society, journalists, but also citizens interested in this topic. The debate was moderated by Iulian Groza, Executive Director of IPRE, who mentioned about the activities and goals of the project.

During the panel discussion, Tatiana Molcean, State Secretary, Ministry of Foreign Affairs and European Integration of the Republic of Moldova, mentioned: “The topic of this debate is very interesting because at the level of EU, there has not been a decision on the structure of the EU budget. Therefore, starting from today, we need to think about what the country’s long-term necessities are, especially between 2021 and 2027, when we will implement projects within the new EU financial framework. We, within the Ministry of Foreign Affairs, have already done an exercise of reflection on this new financial framework during the last year. Thus, in April 2018, together with our colleagues from Georgia and Ukraine, we addressed a common letter to the European institutions, in which we expressed some expectations regarding this framework, because it is a completely new format. In contrast to previous financial frameworks, we see that for the first time several instruments targeting countries in the EU’s neighborhood have been merged into a single framework. For us, the countries of the Eastern Partnership, it was very important that already in the first stages we made our voices heard and in this endeavour, we indicated that for us it is very important that the past projects are reflected in the future financing instrument, as well as to ensure that a reduction of funds will not occur.”

In her remarks, Tatiana Ivanicichina, Secretary of State, Ministry of Finance, mentioned: “Nowadays, the Government’s activity plan will be finalized, and within it, the priorities for external financial assistance will be set. I would like to mention that the EU is the largest donor of the Republic of Moldova and not only when it comes to the financial assistance in terms of money, but also with assistance invested in people and processes. From the perspective of the Ministry of Finance there are two aspects that we consider important. The first is related to budget planning, the second is the role of the external assistance coordination, which recently returned under the mandate of the Ministry. If we talk about the first point, then the most important thing for the Government is the predictability of the financing sources of our donors. Sometimes this is more important than the volume of assistance.”

“I would like to refer to how the EU budget is formed. Thus, this is now the second year that the EU budget reflection process, which was launched at the beginning of 2008, takes place. Several proposals have come from the member states. They were followed by debates in the European Parliament, which were concluded with a resolution on the priorities of the new budget and the amounts to be allocated. After that, we are practically entering the formal stage of negotiations, which was launched with the proposal of the European Commission, presented on May 2, 2018 by Jean-Claude Juncker, who practically vocifirated the main priority directions of the new EU budget 2021-2027. In short, the proposal aims to allocate an amount of 1.3 trillion euros for this period, which means allowances from Member States ranging from 1.1 to 1.2% of GDP. As I mentioned before, now follows the stage of debates that will lead to the approval of a final budget, on which will depend the financial assistance that will be granted to the Republic of Moldova”, said Mihai Mogîldea, IPRE expert.

Veaceslav Negruță, Transparency International expert and former Finance Minister, also commented on the topics discussed: “Everything related to the financial framework that is now being discussed in the EU for a long time is not just related to numbers, neither issues of debit-credit or income-expense. The most important are the priorities and policies. Furthermore, the elaboration of the European budgetary framework for 2021-2027 is an example of how the priorities should be discussed in the Republic of Moldova as well: what are these priorities, where do we find financing and means to shape these policies, to ensure our long-term development.  When we talk about priorities, I think there should be an active participation in defining and identifying them, so that afterwards the financial source is sought, either internally or externally. Therefore, the elaboration of a budget must be a process in which the whole society participates. However, we know that the 2020 budget has recently been adopted, which, unfortunately, did not grant the opportunity to even deputies to be able to read it.”

For more details you can watch the video of the event here. 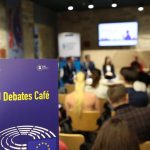 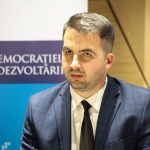