The Institut für Europäische Politik based in Berlin (IEP), in partnership with the Institute for European Policies and Reforms (IPRE) and the Institute for Strategic Initiatives (IPIS) organized on November 19, the first EU awareness workshop in the framework of the project “EU Perceptions and Reality in Moldova (WE and EU)”.

The purpose of the workshop was to facilitate the transfer of factual knowledge on the EU Association Agreement and to inform on EU funding and application opportunities. Also, the workshop participants had the opportunity to interact and discuss the process of implementing donor-funded projects with past and actual beneficiaries of EU funds. The event was attended by young people from Orhei rayon, including representatives of different ethnic groups.

In the second part of the day, the young people participated in an interactive workshop, presented by Tomasz Horbowski, Head of Solidarity Fund PL in the Republic of Moldova and Ana Cerneva, Executive Director of the LEADER Network in the Republic of Moldova, who explained the role of the European Union in supporting the development at the local level, in order to revitalize rural areas and create jobs. Also, Tomasz and Ana simulated a meeting of the local action group that was tasked to select one project out of three that would receive financial support.

In the last part of the workshop, the participants discussed the myths regarding the relationship between the Republic of Moldova and the European Union. Andrei Popov, President of IPIS, explained the main stereotypes and the distribution of the fake news, but also about how citizens can, together with their external partners, contribute to the consolidation of a strong society. Also, Mihai Mogîldea, IPRE’s expert, spoke about the main aspects of the visa-free regime with the EU and about the advantages of the free movement of citizens in the EU space.

The workshop also featured one the success stories filmed within the framework of the project. The video presented Grigorii Kîssa, an entrepreneur from Comrat, who recently, with EU support, was able to buy modern equipment for his pellet manufacturing business. The success story can be viewed here.

The future activities include citizen’s dialogues, workshops and TV debates in regions such as Basarabeasca, Orhei, Ungheni. The project is implemented with the support of the German Federal Foreign Office (Auswärtiges Amt). 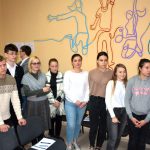 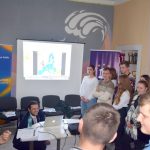 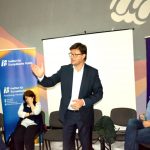 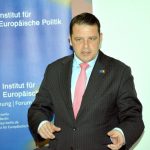 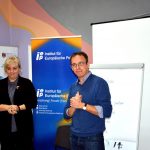