Home - IPRE in the Media - Why was Moldova’s Reformist Government Ousted? /// balkaninsight.com 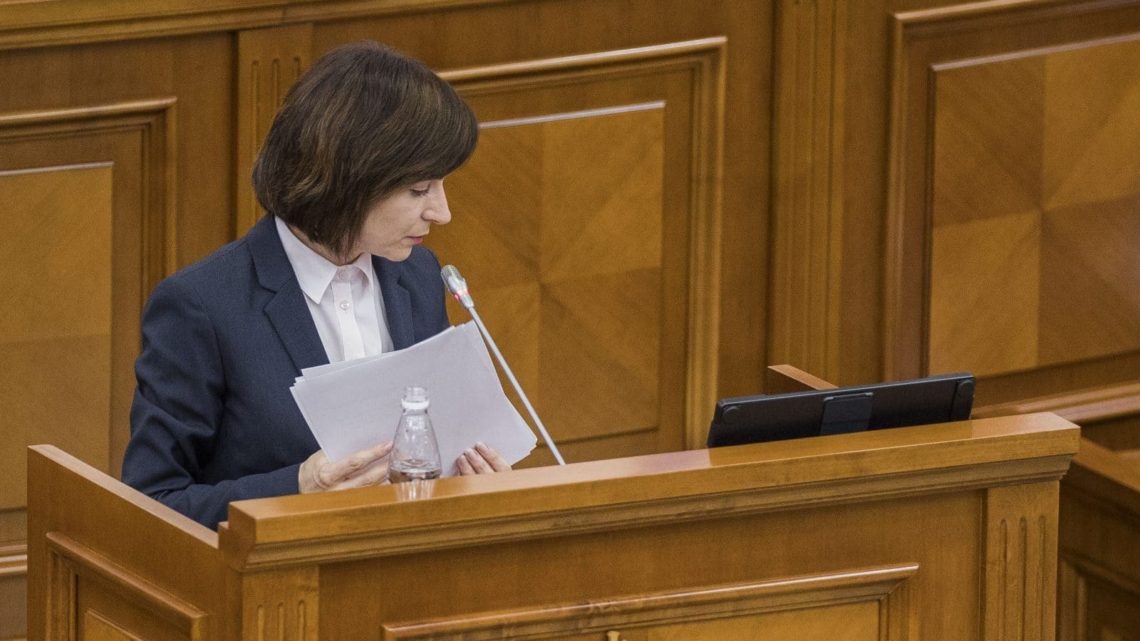 When Maia Sandu’s administration was in power, Moldova’s justice system got too close to having its first independent Prosecutor General – a risk that the country’s old corrupt elites could not afford.

After taking office in June 2019, the government led by Prime Minister Maia Sandu of the pro-European ACUM bloc made the reform of the justice system its central governance priority.

The intention was to create the conditions for dismantling the oligarchic system that captured state institutions over the last five years under the tight grip of businessman Vladimir Plahotniuc, the informal leader of the government at that time led by the Democratic Party.

But Sandu’s coalition partner, the Socialist Party (PSRM), together with its own informal leader, President Igor Dodon, covertly have undermined this process, hoping that the ACUM bloc’s willingness to stay in power would be stronger than their interest to restore justice.

When on November 8, Sandu proposed a law change that would allow her directly to propose candidates for the post of the Prosecutor General, the Socialists, who had apparently been trying to undermine the process of choosing a Prosecutor General unencumbered by political influence, got nervous.

The Socialists, together with the Democratic Party whose government they helped topple in June, won a no-confidence vote in the Sandu administration on November 12, unleashing another political crisis in Moldova.

The Socialists’ decision to end the coalition with the ACUM bloc was an instinctive political move to hinder the justice reform process, which targeted their deeply-entrenched vested interests that are guided by corrupt, rent-seeking schemes.

The Sandu government proved to be a real danger for this kleptocratic system of the old elites, and the Socialists and Democrats united to block the justice reform.

The move offered political benefits for both parties. The Democrats want to recover their influence after watching how during the last five months their well-designed corrupt schemes have been exposed and how their economic clout is being diminished.

The Socialists, or more precisely their informal leader, President Dodon, are aiming to further expand political control over policies and state institutions, thus attempting to increase Dodon’s chances of getting re-elected for a second presidential term in 2020.

Under alleged internal pressure from members of the Socialist Party and ‘suggestions’ from Moscow, Dodon had already planned soon to torpedo the Sandu government anyway, and argued in a recent interview that its days were numbered.

“If they [the government] had not left [office] for what they did these days [proposing a new mechanism to select the Prosecutor General], they would have left for not indexing pensions, for economic and crime rate problems. Everything pointed towards that. I mean, this government was supposed to fall anyway,” Dodon said.

This means Moldova is now back to square one. Such a scenario had been expected since this unorthodox governing coalition was created, but what exactly would constitute the ultimate red line was unknown.

Socialist-led government on the way

A new government was appointed soon after President Dodon has proposed a candidate for the post of the next prime minister – Ion Chicu, his former economic adviser who was finance minister in a former government.

Chicu was approved as PM by the country’s parliament on Thursday, along with his proposed list of ministers who will form the new cabinet following the collapse of the former government led by pro-Western PM Maja Sandu just days prior.

With the pro-European ACUM bloc boycotting the vote, support for the new cabinet came from the pro-Russian Socialist Party, headed de facto by Dodon, and the centre-left Democratic Party, which was led by fugitive oligarch Vladimir Platohniuc until his party lost power in mid-June.

An overt alliance would also be too damaging to the Socialists’ image after they declared multiple times to their electorate that they would not form a coalition with the Democrats under any circumstances.

The move would however benefit the Democrats, who would still be piece to any policy-making processes but without being in the spotlight of domestic and international scrutiny.

Since minority governments are usually very unstable, early elections are expected not later than the next presidential polls in the autumn of 2020.

The next priority for President Dodon and the Socialists will be to convince the EU and other international partners that the new ‘technocratic’ government will ensure continuity, and be better implementers and thus deserving recipients of already-pledged international assistance that the Sandu government managed to negotiate.

However, this may prove to be a rather difficult endeavour, since the former government was ousted because the Socialists and President Dodon were unwilling to pursue genuine rule-of-law reforms.

Iulian Groza is the Executive Director of the Institute for European Policies and Reforms (IPRE) from Chisinau and former Deputy Minister of Foreign Affairs and European Integration of Moldova.

Cristina Gherasimov is a research fellow at the Robert Bosch Center for Central and Eastern Europe, Russia and Central Asia, and at the German Council on Foreign Relations in Berlin.

The opinions expressed are those of the authors and do not necessarily reflect those of BIRN.