Home - Press Releases - IPRE European Dialogues: What are the priorities that need to be set to strengthen the process of preventing and fighting money laundering 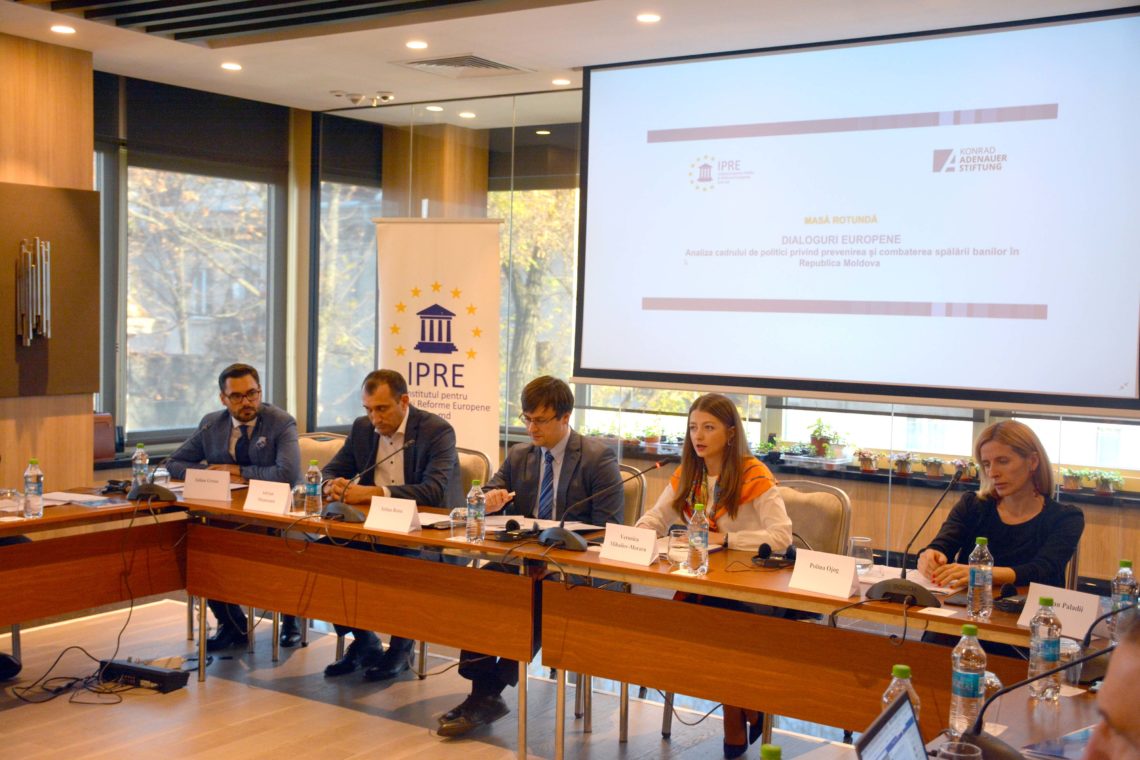 The Institute for European Policies and Reforms (IPRE), in partnership with the Law Firm „Paladii, Catan and Associates”,organised, on Tuesday, November 12, 2019 a Roundtable discussion on the Analysis of the policy framework on prevention and fight against money laundering in the Republic of Moldova.

The main goal of the roundtable was to analyse the policy framework and the measures implementing the law on preventing and fighting money laundering and financing of terrorism. During the event a new online platform www.CAPA-CHECK.md developed by the Law Firm „Paladii, Catan and Associates” was presented. The Platform offers the possibility for the reporting entities to prove the fulfilment of the legal obligations of self-assessment of risks related to money laundering and financing of terrorism.

Also, during the event, the analysis “New regulations on the prevention and fight against money laundering – results after almost two years of implementation and perspectives”, developed by Iulian Rusu, Deputy Director of IPRE, was discussed.

According to the author, the main achievements in the implementation of the legal framework adopted at the end of 2017, including institutional and procedural adjustments and improvements were: creation of a consolidated competent institution – Office for Prevention and Fight against Money Laundering (hereinafter the OPFML); reduction of the number of reported transactions (thus, for 2018 the number of reported transactions to OPFML was reduced by 10 times); Conducting financial investigations (During 2018 OPFML carried out 130 financial investigations and 85 monitoring actions, which led to the detection of money laundering schemes, tax evasion, involving several jurisdictions, including offshore jurisdictions).

At the same time, the main challenges in implementing the legislation on preventing and fighting money laundering are: Insufficient policy framework to exclude transactions with public authorities; The permissive character of the national legislative framework in dealing with companies from jurisdictions that do not comply with international transparency standards; The interoperability of national information systems has not yet been fully ensured; Insufficient procedural legislative provisions to be able to ascertain and sanction money laundering actions.

During the event, a set of immediate actions was presented, which is recommended to strengthen the process of preventing and fighting money laundering:

Administrative authorities, public institutions, state and municipal enterprises should be included in the list of reporting entities. Transactions with the state treasury should continue to be excluded from the list of reported transactions. However, transactions involving the public domain of the state, including public procurement, public-private partnership, privatisation and concessions are to be included in the reporting area, with the appropriate adjustment of the necessary personnel within the OPFML and other entities with supervisory functions.

The efforts initiated by the Parliament to approve in first reading the draft law registered under number 181/2019 are to be continued. Additional restrictive requirements would include:

a) restriction of transactions in public areas (privatisation, public-private partnership, concessions and public procurement) with entities that come from or are controlled by entities from offshore jurisdictions;

b) implementation of the mechanism which verifies the actual beneficiaries for the companies in these fields, under similar conditions applied in the banking and non-banking financial sector;

c) uniformization of the list of jurisdictions that do not implement international transparency standards;

d) inclusion of state and municipal enterprises in the list of reporting entities;

e) the involvement of the Court of Accounts in the process of reporting activities that involve suspicious transactions, with the risk of money laundering or tax evasion;

f) the collection of additional data on the control structure of the companies participating in activities of public interest (public procurement, public-private partnership, concessions, privatization).

3 . Approval of the regulatory framework for the automated information system (AIS) of the OPFML and ensure its functioning and interoperability

The OPFML’s AIS is an essential tool that could increase the efficiency of the OPFML’s work. Interoperable character, including automated data verification should be envisaged. Thus, the approval of the AIS Regulation as well as the assurance of technical interoperability, through the retrieval of data from other AIS managed by other entities (Public Services Agency, National Bank of Moldova, National Commission for Financial Markets, State Tax Service, Customs Service, Border Police, databases of commercial banks with a series of limitations – prior request and receipt of data with limited authorisation).

The draft law currently in preparation for approval by the Government Decision requires to be promoted in due time to ensure the necessary procedural, ascertaining and sanctioning tools for the OPFML, but also the NBM and the NCFM. A comprehensive assessment of the regulatory impact is required to ensure compliance with the requirements of Law no. 100/2017 on normative acts.

The event was attended by national authorities, independent civil society experts and mass-media, as well as the representatives of diplomatic missions and international organisations in the Republic of Moldova.

For more details, the electronic version of the document can be accessed here (Romanian) and the video recording of the event is available here.

The event is organised within the European Dialogues project, implemented with the support of the Konrad Adenauer Foundation. 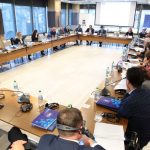 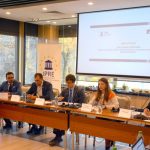 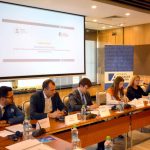