Home - Press Releases - Due to limited progress in the implementation of the EU-Moldova Association Agreement, the Government will have to still implement almost two-thirds of measures until the end of 2019

Due to limited progress in the implementation of the EU-Moldova Association Agreement, the Government will have to still implement almost two-thirds of measures until the end of 2019 During 2018 the National Action Plan on the implementation of the EU-Moldova Association Agreement (NAPIAA II) was implemented in a proportion of 48.8%. Whereas the general pace of implementation of the NAPIAA II at the end of 2018 is evaluated at 31.9%.At the same time, the main conclusion of the qualitative analysis is that by the end of 2018, there was generally limited progress in the implementation of the EU-Moldova Association Agreement. These are the main findings of the fourth Shadow Report presented on 11 March 2019 by the Institute for European Policies and Reforms (IPRE), in a Public Event organized in partnership with the National Platform of the Eastern Partnership Civil Society Forum and with the support of the Konrad Adenauer Foundation.

According to the authors of the Report, by the end of 2018, out of the 877 evaluated measures of the NAPIAA II (2017-2019), 465 actions were implemented, and 348 actions are in course of implementation. At the same time, 140 actions have not been implemented or have not been initiated. Therefore, until the end of 2019 the authorities must significantly increase their effort to ensure the accomplishment of the remaining 969 actions set out in the NAPIAA II.

The qualitative assessment of all five titles of the Association Agreement, generally shows a limited progress in the implementation of the commitments under the EU-Moldova Association Agreement as compared to the first half of 2018. The area of ​​political dialogue and reforms (Title II) and the financial assistance area (Title VI) is lacking in progress, largely due to the slowing of the EU-Moldova dialogue and the suspension of the macro-financial assistance due to downgrading in the functioning of democratic institutions and the rule of law. Most results were found in the sectorial and economic cooperation with the EU (Title IV), especially in the area of ​​management of public finances, financial-banking sector, transports and energy sector. The implementation of the DCFTA (Title V) also showed moderate progress. Among the main achievements is the increase of Moldova’s export quota to the EU, reaching 68.8% at the end of 2018. In comparison to the previous period, some results were witnessed in the area of migration and asylum and border management in Title III. However, lack of progress was attested in the area of justice reform.

“In 2019 we will mark five years since the implementation of the Association Agreement and we are in the last year of implementing the Agenda 2017-2019. Thus depending on the content, the speed and the quality of the implementation exercise we will be able to define the next implementation framework. Moreover, in 2019, we mark 10 years of implementation of the Eastern Partnership, where the Association Agreement plays an important role in the dialogue with the EU and the EaP partners. For us, this exercise of implementation is very important, as together with other colleagueswe can learn from this Shadow Report and see what are the actions which require more effort to be put in. This year, our focus is on this single word “implementation” and we are trying to consolidate the institutional effort in order to achieve this implementation. We hope the recommendations from the IPRE Report will help us prioritize this” said Daniela Morari, State Secretary for European Integration, Ministry of Foreign Affairs and European Integration.

At the same time, Petru Macovei, Executive Director of the Independent Press Association, Facilitator of the National Platform of the Eastern Partnership Civil Society Forum, said: “I appreciate the monitoring effort of our colleagues from IPRE. It is very pertinent. It is becoming increasingly difficult for me to evaluate the results of the implementation of the Association Agreement because there are continuously less results being registered. The year 2018 was very challenging and the Republic of Moldova regressed in several areas. There are 5 years since the signing of the Association Agreement, and it is a period in which much more could have been achieved. One of the causes that lies behind these things is that beyond discussion, the work does not proceed, and these reports must also be followed by actions made by the government.”

“In the immediate future, the new Government will have to prioritize the internal agenda to deliver systemic reforms that could contribute to the relaunching of the dialogue with the EU. This process must also include an inclusive reinforced open dialogue with the civil society and political opposition” said Iulian Groza, IPRE Executive Director.

According to IPRE experts, the short-term priorities should aim particularly at starting a genuine justice reform process, in particular strengthening independence and integrity within the justice system. It is also necessary to ensure that political conditions on the functioning of democracy and the rule of law are respected, in order to resume macro-financial assistance and EU budgetary support. The newly elected parliament has to adopt without any delays the law on non-commercial organizations which had been approved by the Government last year. It is necessary to advance the reform of the Constitutional Court. Furthermore, the operationalization of the activity of the Human Rights Council is needed in order to implement the National Human Rights Plan. The process of creation of specialised anticorruption courts or panels of judges should be initiated. The capacities and available instruments for specialized prosecutors’ offices to be able to identify and recover the financial resources obtained as a result of the banking fraud have to be strengthened. Legal provisions on integrity certificates have to be reviewed.

The on-line version of the report in Romanian can be accessed here.

The English version of the Summary and Main Recommendations of the Shadow Report is available here.

The video recording of the Public Event can be viewed here. 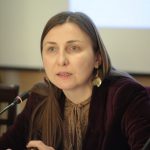 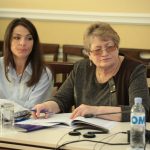 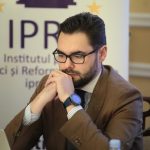 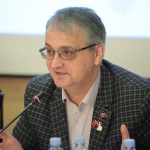