The Institut für Europäische Politik (IEP),in partnership with the Institute for European Policies and Reforms (IPRE) and the Institute for Strategic Initiatives (IPIS) have organized on March 5 an event in a dialogue format: “Inter-ethnic Relations and Social Cohesion in the Republic of Moldova”.

The mid-term dialogue took place as an interactive, participatory round-table discussion under Chatham House rule. The dialogue reflected the progress achieved so far within the project “Promoting civil society and inter-ethnic dialogue in the Republic of Moldova in the context of the EU association process (CIVID)”.

The event had as invitees the key stakeholders and most vocal participants of the project’s local and regional dialogues. The objectives of this mid-term dialogue were:

The event is part of the CIVID project and was implemented with the support of the German Federal Foreign Office.

The project started in July 2018 and will last 12 months aiming to improve the social harmony at regional level by encouraging public discussion and drafting public policy proposals regarding the integration of ethnic groups, as well as to support implementation of the Strategy for consolidating the inter-ethnic relations in the Republic of Moldova. The planned actions include public debates, workshops and TV debates in regions such as Soroca and Taraclia. At the end experts will come up with a number of policy recommendations on improving the legal framework for minority integration. 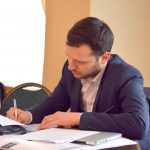 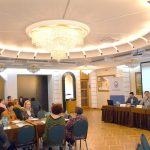 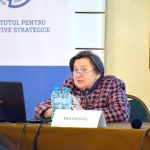 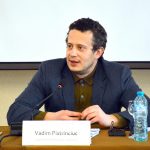