The Institute for European Policies and Reforms (IPRE), in partnership with the National Platform of the Eastern Partnership Civil Society Forum and the Konrad Adenauer Foundation, presented today the Report on the Implementation by the Republic of Moldova of the 20 Eastern Partnership Deliverables 2020. The document included an independent analysis of the 20 deliverables structured in five key areas, namely: (1) Inter-sectorial deliverables; (2) Economic development and market opportunities; (3) Strengthening institutions and good governance; (4) Connectivity, energy efficiency, environment; (5) Mobility and people-to-people contacts.

At the opening of the event, Iulian Groza, the Executive Director of IPRE said that “part of our evaluation exercise, we aimed to make our contribution as civil society, to advance the achievement of the goals and results expected within the Eastern Partnership”.

Thus, regarding the inter-sectoral deliverables, it was assessed that the civil society in the Republic of Moldova is becoming more and more active in the monitoring of the policies and in increasing accountability of the authorities. However, there are some signs that the civil society space is narrowing. At the same time, in the area of ​​gender equality and non-discrimination, more measures are needed to ensure increased participation of women in public life, as well as effective implementation of legislation to prevent domestic violence. At the same time, several targets on strategic communication of the EU in the Republic of Moldova are in process of implementation. In the last year, public support in Moldova for the EU has been strengthened, with increased attention paid by the European Union to supporting citizens, society and developing independent media. There are contributions from several non-governmental organizations to prevent external and internal disinformation. A new Audiovisual Media Services Code was adopted, but pluralism and media independence in Moldova continue to be largely affected by the concentration of ownership of media outlets, cartels on the media advertising market, and the audience favouring mostly two dominant political players.

“In 2019, we celebrate 10 years since the creation of the Eastern Partnership, and it the right time to analyse and evaluate the results to see how the development of policies and the relationship between the partner countries and the EU has progressed. The Eastern Partnership remains a key component of EU foreign policy with a focus not only on economic benefits, such as increased bilateral trade but also on support for democracy, human rights and fundamental freedoms, ” said Peter Michalko, Head of the EU Delegation Republic of Moldova.

Analysing the economic outcomes, IPRE experts found that thanks to the Deep and Comprehensive Free Trade Area, exports to the EU increased significantly in 2018 up to 70%, accounting for more than 1748 companies that exported to the EU in 2018. At the same time, many regional economic diplomacy efforts to encourage trade and investment particularly among Eastern Partnership countries. A special contribution in this respect is made by the EU4Business Program. The banking system has undergone important actions of stabilisation and and exclusion of effective beneficiaries who do not comply with banking transparency rules. At the same time, SMEs need to increase their innovations, initiate / consolidate companies to boost competitiveness and increase lending opportunities. Measures must be taken to address competitive constraints in relation to key agricultural markets in Moldova and to reduce barriers to new and innovative businesses with more revenue-generating potential.

In the area of institution building and good governance, there is generally little progress on the rule of law, anti-corruption mechanisms and judicial reform, although the institutional and legislative framework has been strengthened. The main challenge in the field of public administration reform is the implementation of territorial-administrative reform and the consolidation of the budgetary supervision process. In the security sector a number of policies have been promoted in 2018 related to national defence, information security and cyber security of the Republic of Moldova. The Inter-Parliamentary Assembly of Georgia, Moldova and Ukraine was launched, which set to promote a common security agenda. However, the Republic of Moldova remains exposed to hybrid threats and needs an effective mechanism to detect and combat security risks.

“This evaluation exercise is very important to us because we can analyse what we have accomplished in 10 years of Eastern Partnership, but also what we need to do after 2020, which would be other priorities or how we could together achieve more. Together, we can accomplish more to implement all 20 deliverables in 2019, “ said Daniela Morari, State Secretary at the Ministry of Foreign Affairs and European Integration.

Most of the targets related to connectivity, energy efficiency and environment are under implementation. At the same time, full transposition of the EU acquis with regard to transport, in particular in the field of road safety, is a priority. At the same time, it is necessary to complete the construction of the Ungheni-Chisinau gas network by 2020, as well as to accelerate the priority project of interconnection of electricity with Romania by 2020.

The last area under consideration was that of mobility and people-to-people contacts. Liberalization of the visa regime and mobility partnerships have brought visible benefits. Over 1.5 million citizens have travelled to the EU without visas. However, Moldova must ensure that all conditions are met in the fight against corruption and money laundering. In the field of education and youth, Moldova benefits from dedicated EU programs such as EU4Youth or Erasmus +. The European Eastern Partnership School was created. An important development is the recent adoption of the Roadmap for the Integration of the Republic of Moldova into the European Research Area for 2019-2021. This will help Moldova make better use of the EU’s research and innovation opportunities under the current programs, but also the new EU Research and Innovation Program – FP9 for years 2021-2027.

The English version of the Report may be accessed below. 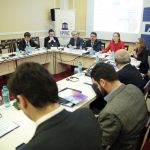 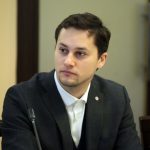