Home - Press Releases - IPRE: The Republic of Moldova is making very little progress in the implementation of the Association Agreement with the EU, and compared to 2017 a qualitative decline can be attested

IPRE: The Republic of Moldova is making very little progress in the implementation of the Association Agreement with the EU, and compared to 2017 a qualitative decline can be attested

The results of the quantitative evaluation performed by IPRE show that during the first semester of 2018, the National Action Plan for the implementation of the EU-Moldova Association Agreement (NAPIAA II) had an implementation rate of 41.2% with the overall rate of fulfillment, in relation to all measures planned until the end of 2019 of 20.7%. At the same time, the main conclusion of the qualitative assessment is that by 1st of September 2018, there is very little progress in the implementation of the commitments set out in the EU-Moldova Association Agreement. Moreover, as compared to the end of 2017, there is a qualitative decline, especially due to the slowing of the EU-Moldova political dialogue and the suspension of the EU’s financial assistance.

These are the main results of the Shadow Report no. 3, conducted by the Institute for European Policies and Reforms, with the support of the Konrad Adenauer Foundation and in partnership with the National Platform of the Eastern Partnership Civil Society Forum. The key conclusions and recommendations of the report were presented today, September 10, 2018, at a public event organized by IPRE.

According to authors of the report, by June 30, 2018, accounting for the results of all the 679 analysed measures, the rate of the NAPIAA achievement is equal to 41.2%. IPRE attests that 4.1% of measures were completed before the deadline, 38.7% of measures are in progress and for 15.9% of measures no action of implementation has been initiated yet.

The quantitative analysis has been reassessed from the perspective of the quality of the actions performed. Thus, each title was assigned a progress assessment ranging from 0 to 5, from regression to progress respectively, in accordance with the evaluation methodology of the Report.

The main conclusion of the qualitative assessment is that until the 1st of September 2018, overall very little progress was attested (2.6 out of 5). This judgement is based on the average of the qualitative assessments of each of the 5 NAPIAA II Titles. However, in comparison to the end of 2017, IPRE observes a qualitative decline due to the slowing of the EU-Moldova political dialogue (Title II) and the suspension of the EU financial assistance (Title VI). Also, in the area of Justice, Freedom and Security as set out under Title III, no significant progress was attained as compared to 2017.

At the same time, the best indicator of the qualitative achievement of the Association Agreement commitments is recorded in the domain of Trade and Trade Related Matters – DCFTA (Title V). As in 2017, moderate progress can be attested, especially due to increase in the share of trade with the EU to 68.48% and due to the promotion of legislative measures transposing the EU acquis in the veterinary sector, food packaging, financial services and audit. At the same time, there is little progress attested in the transposition of legislation in several sectoral areas under Title IV of NAPIAA, such as the energy or the financial sector.

It is worth mentioning that 679 out of 1487 NAPIAA II measures, including the ones initiated in 2017, were evaluated in the IPRE Shadow Report, out of which 617 measures were to be completed by the end of the first half of 2018, with 34 measures being implemented on a continuous basis (2017-2019). Also, 28 accounted measures have been completed before the deadline. Out of the 617 measures evaluated by the end of Semester I, 2018, 280 actions were carried out, 230 measures are in progress, including the 33 continuous ones, and 108 measures were not initiated.

The electronic version of the Report in Romanian can be found here.

The summary and main recommendations of the report in English can be accessed here.

The video recording of the Public Presentation Event of the Report can be accessed here. 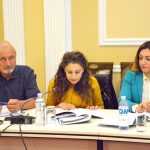 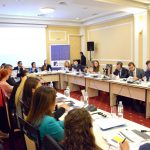 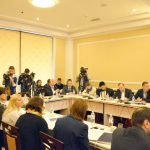