Study: Strengthening Social Cohesion and a Common Identity in the Republic of Moldova 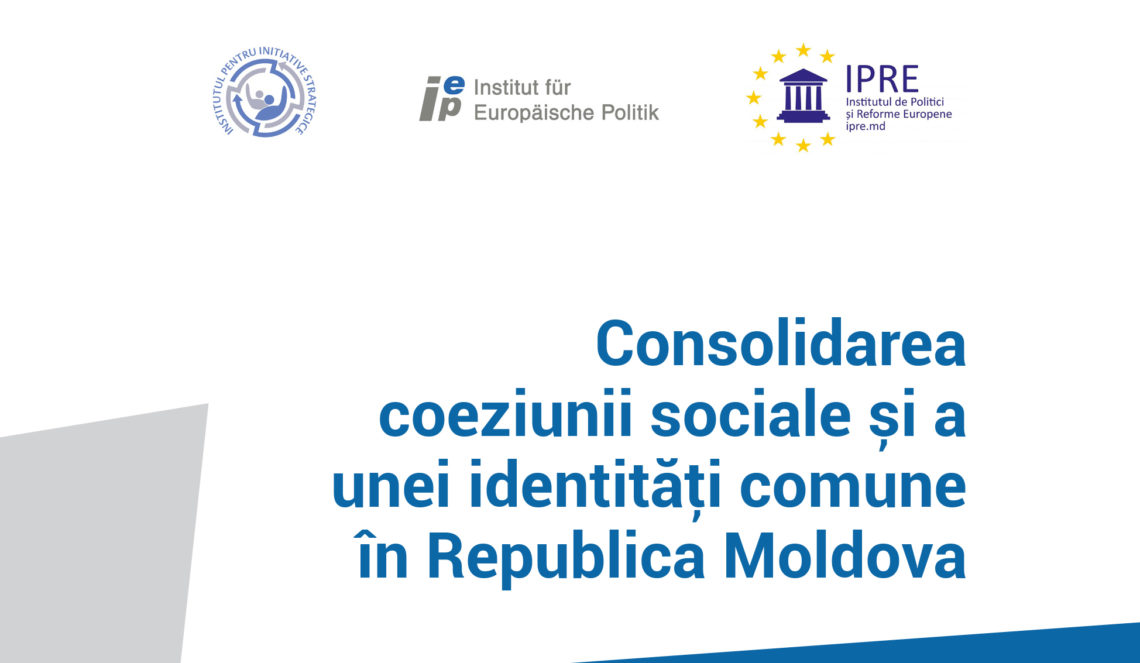 Despite a centuries-long history of largely harmonious interethnic relations and lack of enmity among its ethnic and linguistic groups, the society in the Republic of Moldova is divided along ethnic and linguistic lines. A crisis of identity, lack of social cohesion and increasing identification with many compartmentalized identity groups is one of the most serious challenges that hampers Moldova’s development and precludes its people from jointly advancing common interests, such as economic development and building a functional state that is responsive to its citizens.

Moldova does not have a clear definition of a titular nation or a “majority ethnicity” – Moldovan or Romanian – and this topic continues to stir up intemperate debates among both Moldova’s elites and the public. Neither of these two identity discourses is likely to become dominant in the foreseeable future. “Ethnic minorities” in Moldova (Gagauz, Ukrainians, Russians, Bulgarians and others) do not regard themselves as “minorities”, “diasporas”, or the “remnants” of Moldova’s Russian or Soviet past. They do not mainly identify themselves with “kin states”; rather, they see themselves as the people who have been living in Moldova for hundreds of years, have deep roots in the country and are therefore an integral part of the “nation”.

Politicians from all sides of the political spectrum do not address the existing ambiguities; instead, they exploit latent misunderstandings, conflicting worldviews and divergent aspirations of different ethnic communities. The government’s policy has so far been to avoid a clear, and uncomfortable, discussion or take action to address practical issues, which could improve the situation and lay the foundation for the emergence of a common identity of all citizens of the Republic of Moldova.

Moldova’s society is generally prepared for harmonious interethnic relations and for a gradual emergence of a common civic identity, thanks to a large level of interethnic tolerance and mutual acceptance at the grass-roots level. Yet, people remain divided and a certain potential for interethnic tensions exists due to the lack of knowledge about different ethnic communities, an intemperate political discourse which frequently portrays other ethnic groups as a threat, as well as the lack of effective practical policies to address main challenges.

This paper is an attempt to generate a constructive discussion about a possible integrationist model of society, which could emerge around a civic identity. A civic identity could coalesce around a state-building and institutional modernization program, which would increase loyalty to the state – the Republic of Moldova. This would limit the room for politicians to exploit identity-related dividing lines within society and increase Moldova’s prospects to become a strong and stable democratic state.

Vadim Pistrinciuc, MP, Member of Board of Institute for Strategic Initiatives (IPIS), Chișinău

This paper has been elaborated in the framework of the project “Strengthening the national identity of Moldova within the EU Association process (MIDEU)”, kindly supported by the German Federal Foreign Office. The opinions expressed in this publication are the sole responsibility of the authors and can in no way be taken to reflect the views of the German Federal Foreign Office.