Home - Press Releases - The second Press Club Meeting: The role of Europeanization and the current state of affairs in strengthening the inter-ethnic integration in the Republic of Moldova

The second Press Club Meeting: The role of Europeanization and the current state of affairs in strengthening the inter-ethnic integration in the Republic of Moldova During the event, the participants debated whether Europeanization is a positive factor in stimulating the nation’s construction process, what are the main challenges for the European Union in working with the Moldovan authorities, but also the current state of the Action Plan regarding the implementation of the Strategy on Strengthening Interethnic Relations. The participants considered that implementation of this document will ensure that the rights of people belonging to various ethnic groups, will contribute to the consolidation of the Moldovan society and to the harmonious development of interethnic relations.

We remind you that the project “Consolidating National Identity in the Republic of Moldova in the Context of Association with the European Union” is planned for 10 months and has the goal of contributing to improvement of the social harmony in the Republic of Moldova by promoting and encouraging public debates regarding national identity, integration of minorities and modernization of the Republic of Moldova in the process of approximation with the European Union. Among the proposed actions, there are public debates, workshops and press clubs in the regions of Balti, Cahul and Comrat. At the end, experts shall propose a series of recommendations on improving the legal framework regarding integration of minorities and development of national identity. 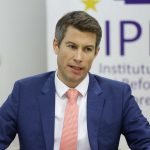