In the conference opening, Prof. Dr. Mathias Jopp, Executive Director of the Institute for European Politics from Berlin (IEP) mentioned that: “Corruption is a systemic problem in the Republic of Moldova, which hinders economic development, stops the reforms in the judiciary and slows down the EU Association Agreement implementation. Therefore, this project, implemented in partnership with IPRE is very important for all of us. 6 anti-corruption priorities, which will be included in the call today, were discussed not only here in Chisinau, but also in several meetings in the rayons. We can assure you that the final proposal for the public appeal that will be discussed at the today event will be forwarded to the Parliament, to the Moldovan authorities and international organizations. We are sure that the strategic priorities will be for a real use.”

Ms. Cristina Țărnă, the deputy director of the National Anticorruption Center, talked about the civil society contribution to fighting corruption. “One of the biggest problems of our society is the culture of corruption. This culture must be changed. Since kindergarten, children don’t have to be taught how to fight corruption, but how to be more upright and honest. They have to learn about integrity above all. However, I see here in the conference several representatives of civil society, which could contribute to fostering a culture of integrity. The problem lies in how we think. As for the Public Appeal, IPRE and the experts who have worked on it have developed some coordinated proposals that will help us a lot. I promise to take them into consideration in the new project of the National Anti-corruption Strategy, that we are working on now”, said Ms. Țărnă.

At the end of the conference, after several discussions and debates, civil society representatives presented their appeal, urging the public authorities and international development partners to support the implementation of the key actions. The actions developed, supported and promoted by civil society organizations refer to 6 strategic priorities in the anti- corruption area, namely: (1) fight against high-level corruption, (2) anti-corruption actions in the justice sector, (3) transparency, (4) combating political control, (5) combating corruption in the business sector and (6) combating corruption in education.

Iulian Groza, the Executive Director of IPRE, thanked all the experts who worked on the document and showed his hope that the civil society proposals will be applied by the authorities: “Systemic corruption is the biggest problem facing the Republic of Moldova, which is a major impediment to the sustainable transformation, economic development and strengthening the rule of law. During 2016, it was promoted several important legislative initiatives, but there are very big concerns about their implementation, and the latest relevant example is the appointment of the General Prosecutor. Transparency problems within the justice sector, selective fighting in the high-level corruption, the controlled media and lack of authorities’ reactions on independent journalistic investigations, the high effect of corruption on the private sector, endemic problems generated by corruption in the education sector – all this directly affects our society and leads to its degradation. I am confident that when we send the Public Appeal to the authorities, we will bring those tangible changes, that each of us needs”, mentioned Mr. Iulian Groza.

For more details, the Public Appeal is attached.


However, the Public Appeal on civil society anti-corruption strategic priorities will be sent to the following major organizations: the Parliament of Moldova, the Moldovan Government, to the President of the Republic of Moldova, National Anticorruption Center, the National Integrity Agency, Superior Council of Magistracy, Superior Council of Prosecutors, The Coordinating Council of the Audiovisual, Central Electoral Commission, EU Delegation in the Republic of Moldova, Diplomatic missions in Moldova. 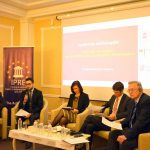 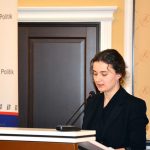 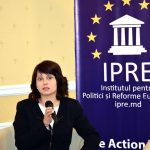 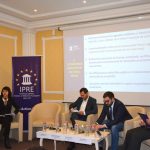