Over 300 of young people from schools from Cimislia, Stefan Voda, Causeni and Orhei have expressed their interest in the ”Debates for Development” project, which the Institute for European Policies and Reforms (IEPR) has launched in the listed cities with financial support of the Netherlands Embassy in Bucharest within the MATRA Programme

Thus, on September 14,  IEPR’s experts, Mariana Platon and Daniel Traci, went to Causeni and Stefan Voda, where they did some educational presentations about debates. After the presentations, pupils were able to register in the debate clubs.

”Everything you will learn in this project will help you to think beyond the horizon” said Angela Patras, the school teacher from Orhei.

On September 15, the experts continued the presentations in Orhei and Cimislia, where they inaugurated two Debate Clubs.

“We are very happy because we are among the four schools that were selected to participate in this project. We, the teachers, want our students to be active, socially involved” said Nina Nenescu, the school teacher from Cimislia.

Thus, starting with next week, IPRE in collaboration with our partners from Clubul de Dezbateri will organize the first training in the newly formed Debate Clubs.

After training, youth will accumulate the necessary knowledge to prepare strategies, for their first Local Debate Contest. Right after the Local Contest, Trainers will evaluate the performance of each team and will select the winners. In this context, the finalists will start prepare for the Final Debate Contest and workshop. After the Final Contest will be over, finalists will get back home to share obtained experience with their Debate Clubs and will deliver the strategies to their local authorities.

For more further details about the Project you can visit IEPR’s webpage, or project’s facebook page.

Debates for Development is organized by Institute for European Policies and Reforms with financial support of Netherlands Embassy in Bucharest within the MATRA Programme. 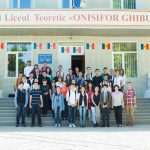 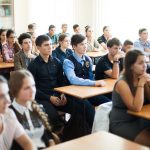 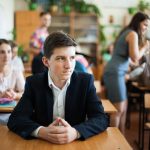 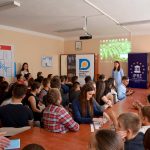