Home - Opinions, Press Releases - Anual Report on evaluation regarding the progress in implementation of the EU-Moldova Association Agreement

European Institute for Politics and Reforms presented today, July 29, a new report on monitoring the implementation of the Moldova-EU Association Agreement.

Latest developments of the Moldova-EU political dialogue in context of the AA
Despite the relatively low trust level demonstrated in the beginning of 2016 by the EU regarding the authorities from Chisinau, the relation between Moldova and the EU has been improving slowly. This is determined mainly by the pragmatic approach on behalf of the EU institutions regarding Moldova. Therefore, the European Union decided to structure the relation with the Moldovan authorities on the basis of the following principle – fewer declarations and more concrete results in accomplishing the reform agenda, including in context of the shortfalls regarding the implementation of the EU-Moldova Association Agreement recorded at the end of 2015. At the same time, we observe a greater intensity in the interactions on the ministerial level and less high-level interactions. This situation can be explained in part due to a higher concentration of the Moldovan Parliament and Government on the internal agenda. On the other hand, the reason for some apparent hesitation on behalf of the EU institutions could be the lack of desire to “legitimize” the Government from Chisinau until there are no factual progresses recorded in context of the priority reform agenda. Another reason that could be mentioned as well could be the challenges the EU is faced in the last half a year (i.e.Brexit).

At the same time, signing a cooperation agreement with the IMF is considered an important reference point in the EU’s attitude regarding the authorities from Moldova. In this context, we can anticipate that if a cooperation agreement is signed with the IMF, this will cause a chain effect, improving gradually the relations with the EU. In this sense, it is important to clarify in the dialogue with the EU whether a staff-level agreement with IMF will be sufficient for the EU to initiate the procedures for resuming the direct budgetary support during the course of the year. Otherwise, it is highly unlikely that until the end of 2016, the EU will resume the financial assistance tranches.
The Roadmap regarding the priority reforms agenda has contributed to the activation of the process for coordination the priority reforms starting with the month of March. Thus, on July 21 the Government reported a 77% degree of achievement of the roadmap. At the same time, an independent assessment undertaken by a group of non-governmental organizations, evaluated that at the beginning of the month of June, 51% of actions were implemented and 33% of actions were in progress. Nevertheless, the evaluation of the Moldova-EU Association Agreement progress will foremost depend on the level of achievement of the priorities identified in the Association Agreement and outlined in the AANIP, for which the deadline is set at the end of the year.

Three important factors played an important role in maintaining a relatively positive dynamic of implementing the AANIP: (1) permanent monitoring of the progress by the Governmental Committee for European Integration (CGIE) (in more 18 meetings (during 1 Jan-21 Jul 2016); (2) prioritization of actions in the short term based on the Roadmap; and (3) constant pressure exercised on the authorities by the civil society and other partners.

Evaluating the quality of measures implemented in the reference period, we found that the Moldovan authorities have dedicated increased attention to the justice sector, legislative and institutional changes in the anticorruption system, promotion of legislative initiatives for reorganization of the banking sector, promotion of the central administration reform, and creation of a proper framework in order to negotiate and sign a cooperation agreement with the IMF. Despite these advancements, it is important to mention that the relative progress witnessed in the analysed period, refers mainly to changing the legal framework, rather than applying reforms. Even the Roadmap, to which the Government refers so often lately, addresses and focuses mainly on actions with legal implications rather than on actions with an administrative character.

At the same time, we have to underline that the risk of not implementing all the measures from the AANIP in the second half of 2016, could be further influenced by the electoral process in context of the presidential elections from October 30, and by the reform of the central public authorities through the optimization of ministries announced for the fall of this year.

The activity of the Government should revolve around the following three major objectives: (1) promotion and implementation of the remaining actions from the AANIP, (2) negotiating the next Moldova-EU Association Agenda (2017-2019) and (3) drafting the new implementation Plan (2017). Adopting a new roadmap with short-term actions until January 1, 2017, could also be taken into account. It is beneficial for these priorities to include more actions that imply factual implementation of reforms, including de-politicization of law and regulatory institutions. At the same time, considering the European Commission will present to the EU Council an evaluation regarding the application of DCFTA on the entire territory of Moldova, a new eventual Roadmap should include actions focusing on this scope.
When speaking of the priority planning exercise in relation to the EU, and at the national level, it is recommended to limit the number of policy documents in context of implementing the Association Agreement, but rather establishing clear short and long-term priority actions.
Therefore, the new version of the Association Agenda that has to be convened upon until the end of the year will have to contain annual priority actions, measurable with impact evaluation indices (i.e. 2017, 2018, and 2019).

In relation to the national implementation instrument, it is important to avoid adoption of a great number of policy documents on the Government level, through optimization of these documents. We recommend that until 2017, the Government in coordination with the Parliament should adopt an Annual Implementation Program of the Association Agreement, which should start from the annual priorities as defined in the Association Agenda. This Program should unite multiple coordination instruments of the Government that are related to the Moldova-EU Association Agreement and to the internal reform agenda, namely: AANIP, Government’s annual action plan, Government’s annual plan for harmonizing the legislation etc. 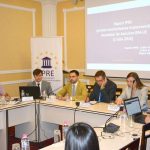 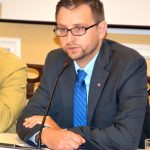 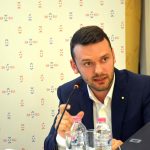 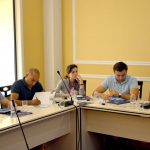 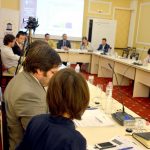 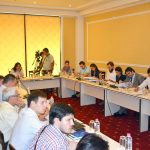