Home - Press Releases - Romania’s anti-corruption experts in a discussion with the civil society from Moldova: “If the politicians had known about the results that followed, DNA would have never been created”

Romania’s anti-corruption experts in a discussion with the civil society from Moldova: “If the politicians had known about the results that followed, DNA would have never been created”

The second session of the conference – “Anticorruption: Current Situation and  Case Study of Romania” had as special guests Mr. Nistor Calin – the Deputy Prosecutor of the National Anticorruption Directorate (DNA ) of Romania and Mr. Cristi Danileţ  – judge, member of the Superior Council of Magistrates from Bucharest.

The experts shared Romania’s experience of the last ten years in fighting corruption and reforming the justice sector. “There is no magic formula for fighting corruption. What can Romania do is to share its experience. It was very difficult, and the results appeared with delay. However, the effects were extraordinary. Some 90% of the culprits brought to justice by the DNA were convicted. The population’s confidence in justice doubled over the last ten years, rising to over 60%. The DNA tops the popular approval rating,” said Nistor Calin. Concerted effort, pressure on the part of civil society and international organizations, as well as political will was needed to achieve these results. Here, Mr. Nistor Calin added: “If the politicians had known the results that followed, DNA would have never been created”.

Mr. Cristi Danilet called on Moldova’s judiciary system to eliminate the subjectivism and noted that the justice sector reform must cover all the entities involved in the legal system, not only judges and prosecutors. He also underlined that: “There is no democracy without independent justice. Even if the politicians are less interested in justice reform, justice is the core factor that influences the political progress”.

IPRE notes that the series of events aimed at learning from successful experiences in the fight against corruption will continue. 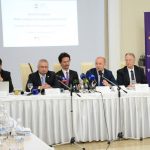 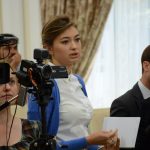 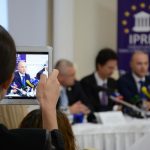 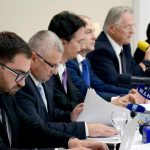