Home - Press Releases - What can civil society do to combat corruption? Lessons learned from Romania

What can civil society do to combat corruption? Lessons learned from Romania

The theme of the first day was: The role of the civil society in preventing and combating corruption. The event was attended by 35 persons, civil society representatives and members of NGOs. The special guest was Mrs. Laura Stefan, anti-corruption expert, Expert Forum (EFOR), Bucharest.

In this event the civil society had the opportunity to understand the Romanian judiciary system and learn about the steps required to get out of this vicious circle. There were tackled such topics as decisions transparency, mobilization of the civil society, the institutional framework in the field of  public acquisitions in Romania, as well as the institutional responsibility, the principle of proportionality . “We are all looking for miracle solutions, but they do not exist. There are only trodden paths, which mean:  independence of the law enforcement bodies; independence of the prosecution and of the judicial system” concluded Mrs. Stefan.

Mr. Wicher Slagter, Head of Political and Economic Department, EU Delegation in the Republic of Moldova, has also mentioned about the independence of prosecutors in his conference opening speech. However, Mr. Wicher Slagter warned that the situation in the banking system is unacceptable and the European Union wants to see well-defined steps in the fight against corruption.

Her Excellency Mrs. Ulrike Knotz, German Ambassador to the Republic of Moldova said that the Republic of Moldova is passing through very difficult times and facing real political challenges. The German Government supports Moldova’s actions to fight corruption, and Romania’s experience in eradicating corruption can be a reference point for Moldova.

Tomorrow, September 16, there will be held the second part of the conference “Anticorruption: Current Situation and Case Study of Romania”, special guests being the Deputy Head of the National Anticorruption Directorate (DNA) of Romania – Mr. Nistor Calin, and the member of the Superior Council of Magistrates from Bucharest, the judge Cristi Danileţ . 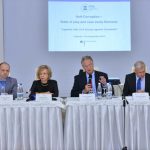 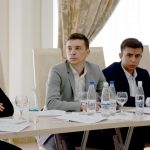 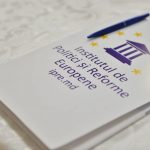 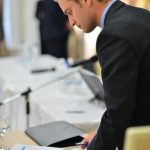 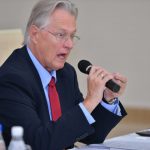