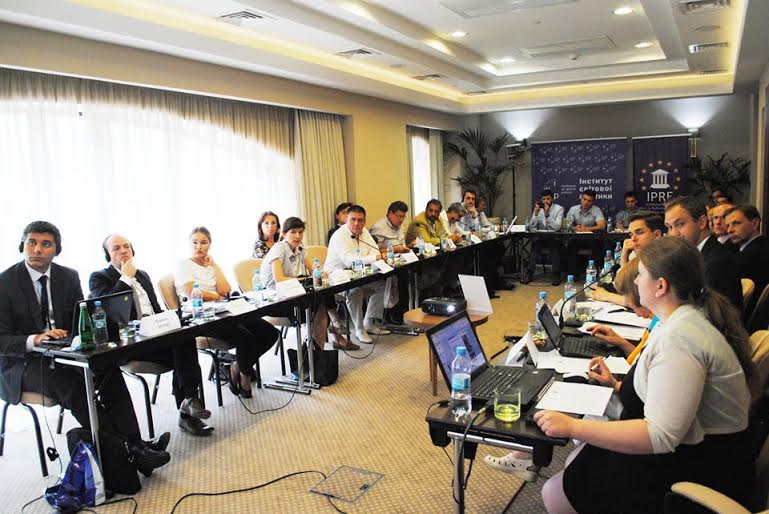 The seminar “National Minorities and Creation of an Inclusive Society in the Ukraine and Moldova” gathered experts who have reviewed the experience and international practice regarding the ethnic relations, by stressing the beneficial impact of European integration on the policy of these countries in this field.

Creating an inclusive society was considered an indispensable element to ensure a genuine reform and modernization process of the Republic of Moldova and the Ukraine, which would also enhance the loyalty of the representatives of national minorities to these countries. “The concept of inclusive citizenship is constantly evolving. This requires flexible and responsive policies and firm commitment to fundamental human rights and national minorities protection.  A just and fair society that inspires the loyalty of its citizens can only be built through the efforts of a responsible leadership, and sound and functional institutions at the central and the local levels, an effort supported at the international level as well,” said the expert Stefan Wolf, a professor at the University of Birmingham.

In the discussions on the issue of national unity versus civic unity and the potential impact of the ongoing reforms on the strengthening of the concept of civic unity, Martin Sieg, the CEO of IPRE, has mentioned: “None of the modernization efforts can become a truly successful national project without approaching different entities, often with biased preconceived conceptions.  In this respect, both in the Republic of Moldova and in the Ukraine, the concerns of minorities are, in fact, the problems of the majority.” The seminar participants also addressed issues concerning national minorities in the political process – political representation as a result of the participation in the election, as well as the efforts of the integration of national minorities into the respective society. In this context, they highlighted the role of political elites at the central, regional and local levels, as well as the need for political will in order to overcome the problems in this field.

Also, it was found that the problems and needs are different for different minorities. Meanwhile, the lack of an educational policy for the national minority communities was identified as a common problem. The seminar took place on the 26th and 27th of August in Kiev, and was organized by the Institute for European Politics and Reforms (IPRE), in cooperation with the Institute for World Politics (IWP, the Ukraine) and the Association for European Integration Strategy (EISA , Germany) . The event is part of a larger project supported by the Federal Ministry of Foreign Affairs of Germany. One of the main goals of the project, which was reached in Kiev, was to create a civil society Platform for national minorities. Also, a network of non -governmental organizations was created on the purpose of promoting the national minorities inclusion process. The event was attended by representatives of the civil society and experts in the field of national minorities in the Republic of Moldova and the Ukraine.

A similar event will take place in Chisinau, and a document of policies in this field will be developed.