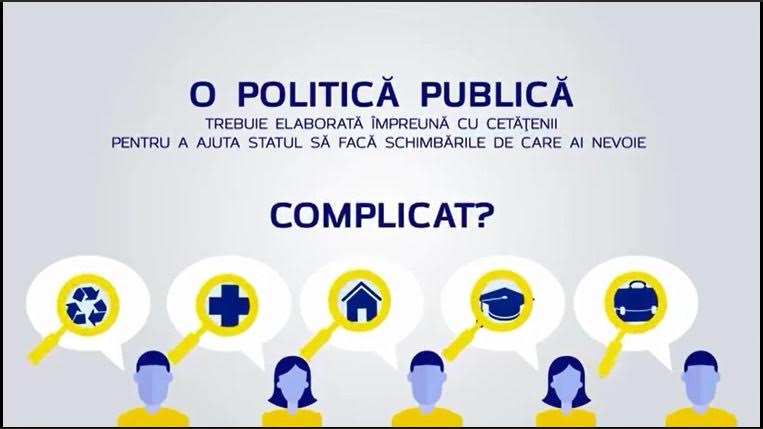 The first video is part of the series of 16 videos of the Institute for European Politics and Reforms (IPRE), which aims at developing concepts of public policy together and for the citizens. The authors explain to people that most often they remain very far from the policy drafting process, and their voice is not taken into account that only before elections.

“We want to change this, by involving citizens in every step of the policymaking process. A public policy has nothing to do with parties or election campaigns and needs to be developed together with the citizens, in order to help the state make the changes they need”, says the first spot of IPRE.

The authors explain that in all countries have developed public policies. The more actively involved the citizens are, the more developed the country is. In the Republic of Moldova this process is just beginning. Therefore, people are encouraged in this movie to help develop policy concepts: “Take a step towards a secret free democracy and a better life. Fill in the recruitment form on ipre.md”.

“We believe that only together with the people we can succeed in developing viable solutions to the problems that the country is facing,” said the Executive Director of IPRE, Victor Lutenco.

Those 16 videos will be launched by the end of the year, within an IPRE project of developing public policy together with the citizens, which is supported by the European Endowment for Democracy, based in Brussels.

Each movie will explain how public policy is being developed in the following fields: social and healthcare, economic development, justice and corruption, foreign policy and European integration.