Home - Opinions, Publications, Reports - Policy Brief on the the commitments of the Republic of Moldova with respect to the EU in the area of competition 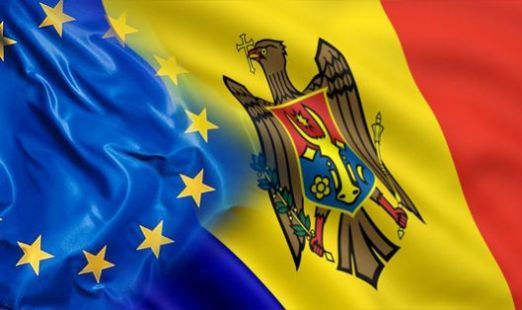 Summary of the analysis (ENG)

The Association Agreement has started to be applied provisionally  since 1 September 2014, the terms set out in the chapters which have already entered into force began to run from this date.

The Association  Agreement  provides  the possibility  for dispute settlement  including  by addressing  to the Court of Justice  of the European  Union concerning  the interpretation  and application  of the Agreement. Thus for a number of chapters, including Chapter 10 -­‐    Competition  (for the state aid section) enterprises from the EU in the Republic of Moldova will have the opportunity to act to defend their rights arising from the Association Agreement.

The  Association  Agreement  in  the  part  related  to  competition,  establishes  Moldova’s  commitment  to implement legislation effectively addressing anti-­‐competitive agreements, abuse of dominance, mergers and acquisitions,  effectively  monitor  the  issuance  of  state  aid,  including  the  recovery  of  unlawful  aid  and creation of a functional independent authority with adequate human and financial resources.

The legislation in the competition field mostly implement key provisions of the competition field and state aid available at EU level. However, the Law on competition has no penalty measures in the form of fines as strict  as  in  the  EU,  and  the  manner  of  recovery  of  state  aid  is  not  subject  of  a  stringent  recovery prescription, the authority, which authorized or issued the state aid is obliged to recover it. The Competition Council doesn’t issue directly enforceable acts on the recovery of state aid.

The Competition  Council does not have a harmonized set of rules of procedure to clarify how the Council would  act  and  which  rights  would  ensure  for  enterprises   when  exercising   powers:  anti-­‐competitive agreements, abuse of dominance, mergers acquisitions, licensing and state aid recovery. These rules of procedure are necessary to ensure clarity, among others, the right of defense that the enterprises have, including the case of inspections (dawn raids).

The Competition Council is expected to prioritize areas of intervention to protect competition and not just rely on complaints  and notifications  from businesses.  A key area of priority for the Competition  Council, including to measure the effectiveness of institutional efficiency is implementing policies to deter anti-­‐ competitive  agreements  in  the  toughest  forms  (cartels).  In  this  regard,  the  Competition  Council  should review  the  maximum  levels  of fines  that  they  may  apply  to the  business  involved,  including  the  use  of significant coefficients for cases of recidivism from businesses. In those circumstances,  the leniency policy the Competition Council will promote shall have much stronger attractiveness of enterprises.

This prioritization will have at least two essential positive effects: protection of consumer interests by less anti-­‐competitive  agreements  and  less  abuses  of dominant  position,  as well  as  strengthen  the  option  of initiating collective actions to recover damages caused by businesses, part of anticompetitive conduct sanctioned by Competition Council’s through its final decisions.